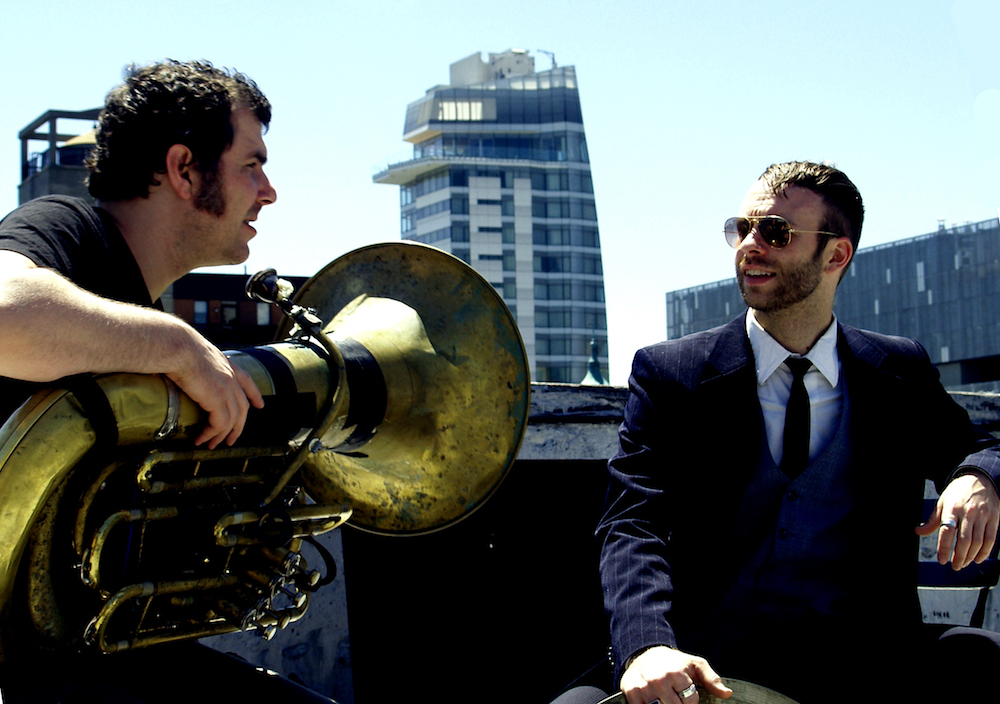 Now a part-time proposition, Drums & Tuba hybrids guitar pop, freak funk, and avant-garde minimalism in its hometown only once in a blue moon. The sky thus acquires an azure hue Saturday when tubist Brian Wolff and drummer Tony Nozero make a rare appearance atop a bill of local outsiders.

“Tony and I started playing again a few years ago off and on,” emails Wolff. “I’d been playing on my own as either a solo act or with different drummer friends of mine under the title Wolff & Tuba, but there’s something truly unique about Tony’s drumming. I missed playing with him.

“When I finally convinced him to do a show, he pretty much ruined me for playing with other people.”

“Ropeadope Records wanted to put it out as a Drums & Tuba record, which I agreed to, but I’m sure they regret that,” writes Wolff. “I’m excited to dig in at some point and make a full-on recording with Tony in the not-too-distant future.”

In the meantime, the brass half of the band revels in being back onstage with his pals in Brown Whörnet and the Ron Titter Band.

“Time has only made me appreciate more the magic of old friends and music, and the importance of appreciating each show and moment to the fullest,” offers the full-time nursing student. “I remember back in the day how critical we’d be after every show. Now I appreciate that it’s less about achieving perfection and more about sharing and enjoying the experience with people we know and love.”