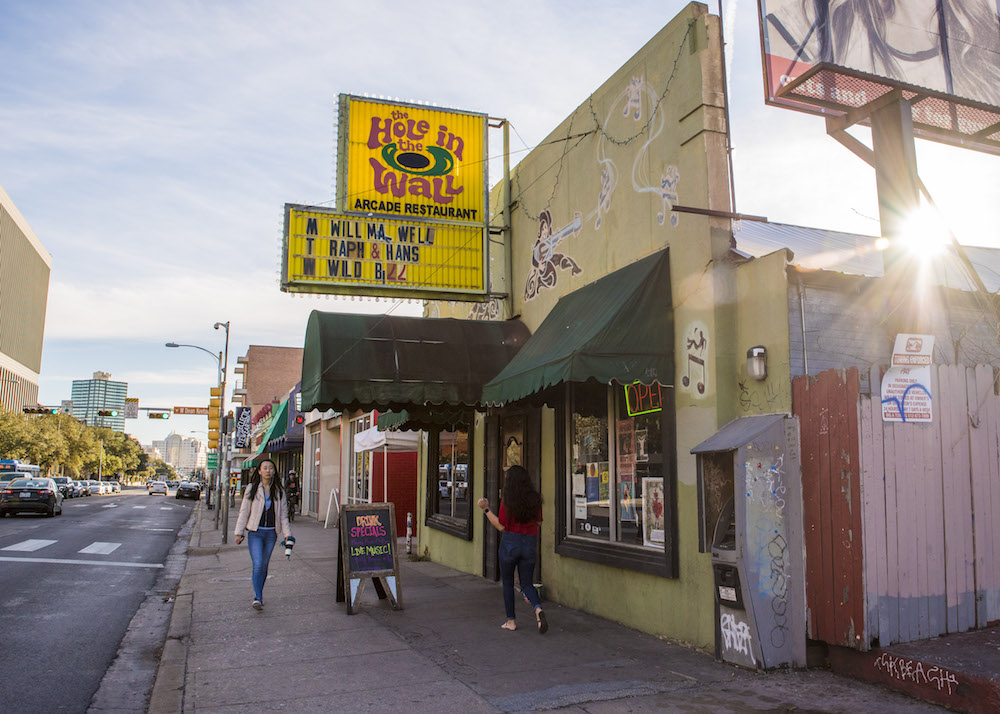 Hole in the Wall celebrates its 45th anniversary at 45rpm. Covering Timbuk 3’s “The Future’s So Bright, I Gotta Wear Shades” and Fastball’s “The Way” – a Top 20 hit in 1986 and a No. 1 in 1998, respectively – are contemporary ATX acts PR Newman and Mike & the Moonpies. The latter recalls becoming attached to the chart topper on a Top 40 station, which drew him away from classic rock and country only.

“Nice to come back to the song with a lot more eclectic exposure to music over the years,” says Mike Harmeier. “We tried to do service to how Fastball had written the song, but give it a signature Moonpies twist and have some cool steel and guitar twin parts.”

Paul Minor produced the single and booked the seven-day blowout at the UT campus staple. Led by the single’s release show Monday, the weeklong party features a reunion by local alt.country heroes the Weary Boys, deep-canyon THC rock from Bridge Farmers, a Grand Champeen regrouping, and Minor’s own house band Superego closing in down on Sunday.

“I was thinking about how to make this 45th anniversary special and how to tie the previous generation of musicians to the current one,” begins Minor. “Then it hit me to do a 45 single for 45 years, and have current bands cover the biggest hits ever made by former bands from the Hole. Everyone got so excited, including the owner Will [Tanner], who collects vinyl, and the songwriters Pat [MacDonald] and Tony [Scalzo].”

CANCELED: Fourth of July w/ Color Me Badd, the Spazmatics