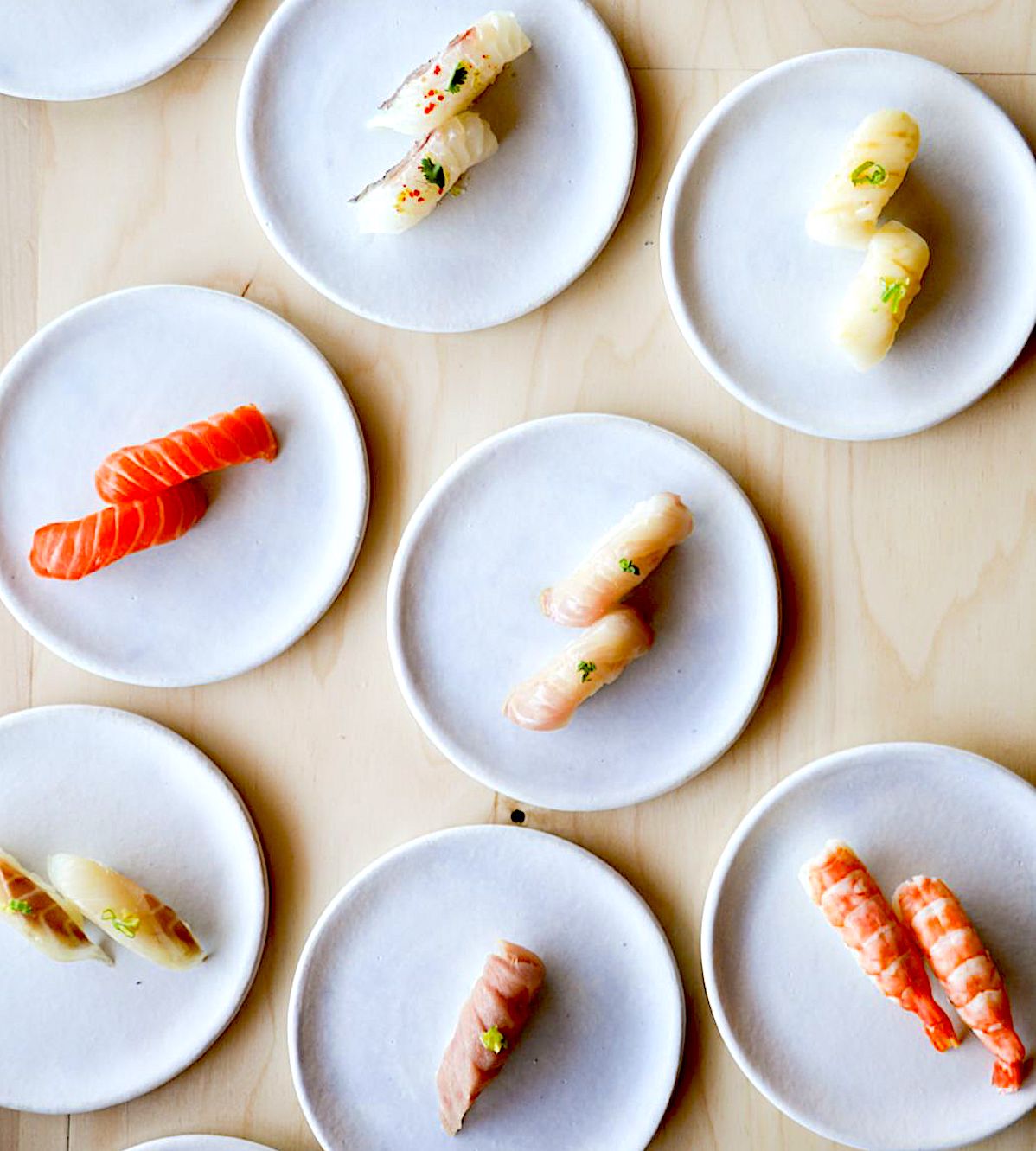 Lot of reopenings going on lately. They’re rather tentative reopenings and they’re sometimes immediately followed by reclosings. But nobody’s gonna be inaugurating a brand new food-service venue in the midst of a spiking pandemic, right?

Wrong. You know, for instance, that long-planned Dear Diary Coffeehouse went ahead and opened back in May, and they’re … surviving, at least, over there near 12th and Chicon, serving up the java and an array of tasty vegan noms in that arty and Instagrammable space, working the to-go and delivery tropes for all they’re worth.

And now it's June, and the local corornavirus'd landscape isn’t looking any better, but our governor Abbott’s got that capitalist gleam in his eye and so we’re moving into the next phase of business revival, by Mammon! We recently reported on the food-truck debut of Huckleberry, those purveyors of seafood-stuffed po'boys and more, at Circle Brewing on the north side. And now there’s a new sushi place in town: Neighborhood Sushi (from McGuire Moorman Hospitality), brightening the former Liberty Pie and Catering venue on South Congress, with chef Jorge Garcia slicing the pisces among a menu of light soups, salads, and small plates – Tosaka seaweeds, birds nest salad, silken tofu and grilled Texas wagyu, etc. – and a full bar program of sake-forward cocktails in addition to various wines from Austria, Germany, and beyond. Bonus: The Congress-facing Sake Garden outside.

Austin Daily Press announces the grand opening of their new South Lamar location, which will be taking over the kitchen inside Lavaca Street Bar at 3121 S. Lamar. It’s the third location for Team ADP and "will finally give us the opportunity to expand our fast-casual concept to South Austin," says executive chef Reed Faitak."We'll have all of your signature favorites, with roughly a third of the menu reserved for new ideas that’ll be unique to this location – our ADP burger and fries, fish and shrimp tacos, mole-fried chicken, ceviche, and plenty of shareables." Stop by for their opening celebration on Wednesday, July 1.

And, yes, it’s a national chain … and it’s only stoner-themed and sadly doesn’t carry any actual weed-infused noms … but we’ll stop looking at our hand long enough to salute the local opening of Texas' first Cheba Hut on Guadalupe, this one owned by the father-and-son team of Joe and Vincent DeMaioribus. Like some alliumophile recently commented, “Cheba Hut? Yeah, why the hell aren’t all sandwiches made with garlic bread?” Indeed.

And there’s more coffee in town, too – because there should always be more coffee in town, tbh – in the form of Try Hard Coffee, currently roasting up the beans and filling cups on East 11th (where the very fabric of the street proclaims that Black Artists Matter), and offering tacos and scratch-made pastries alongside those fresh cups of joe.

But, yeah, things are rough. The Magnolia Cafe on South Congress briefly reopened its lovely tree-anchored patio, only to instantly shut down after an employee tested positive for COVID-19; they’re currently deep-cleaning and monitoring the situation, per the usual protocols. And that same situation has re-shuttered El Chile on Manor, Mandola’s in the Triangle, and Yellow Jacket Social Club on East Fifth. And, damnit all, beloved noodle powerhouse Daruma Ramen has shut down for good. And – who knows who’s next?

Meanwhile, we hear that, at Downtown’s Coconut Club, one employee was left with a pair of broken specs after he was physically assaulted by a customer who didn’t like being reminded to wear a mask in the joint. Way to defend the true spirit of freedom, bro. Elsewhere, local agents of the TABC’s Operation Safe Open put the 30-day kibosh on two Austin bars over the weekend – Buford’s Backyard Beer Garden and Whiskey Tango Foxtrot – for violations of safety protocols. Egregious violations? Well, at least sufficient violations. “We warned businesses TABC will have no tolerance for breaking the rules,” says the agency’s executive director Bentley Nettles, “and now some bars are paying the price. I hope other establishments will learn from these suspensions.”

Still, there are reports of good things happening, too – like those fresh openings and other hardwon successes. See the rest of this week’s food listings for such sparks of joy – and of course more pizza than you can handle, citizen, with the Chronicle’s Pie Fighters throwdown.