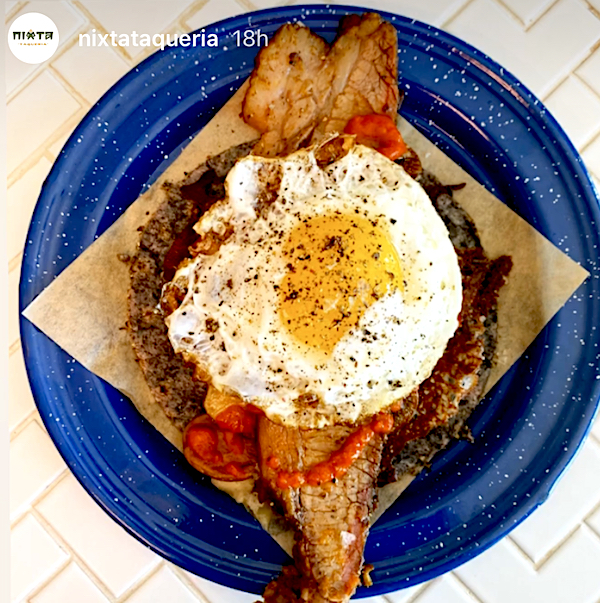 REOPENINGS Slowly but surely; some later, some early; and some places doing so much biz, you could almost forget what a pandemic is … Newly unshuttered Sassy’s Vegetarian Soul Food had the busiest weekend since their opening back in 2018. “Had to turn away customers,” noted owner Andrea Dawson on Facebook, “first time that ever happened. If you couldnt wait it out, please come back. I will be staffing up to get food out faster.” SLAB BBQ on Research and in Oak Hill is back in business and serving up that tasty 'cue, safety protocols at the ready, determined to prevail no matter what. "To see years of blood, sweat and tears come to a sudden halt has been one of the biggest challenges of my life," says SLAB co-owner Raf Robinson, "and now with all the protest over the last week, it is even harder as wounds of racism are reopened. But I remain hopeful and grateful for our community, for their support through this. We know we are not alone." The Burgerlicious food trucks on the south side of town – doing so well due to sandwiches other than just their 1/3-pound True Destiny cheeseburger, although that’s the classic we swear by – have expanded their Thursday-through-Saturday hours to include Sundays. Fresa’s delightful bricks-and-mortar on South First, known for its wood-grilled meals and margaritas, has reopened with patio and dining-room seating. South Lamar caffeinemongers Patika are open again, too, offering a streamlined menu of coffee and pastries.

FIGHTING THE GOOD FIGHT As seen on Instagram, Sam’s BBQ and Nixta Taqueria have joined meaty forces to offer a Nixta breakfast taco featuring smoked brisket, fried potatoes, duck-fat-refried beans, lacto-fermented hot sauce, Monterrey jack cheese, and a fried egg. We were already like “Take my money!” but now we’re grinning because proceeds from the sales of this beefy goodness go to Six Square and the Texas Civil Rights Project. Sidenote: Sam’s, the oldest restaurant on East 12th, has been open since 1957(!)

Old Thousand – you know them, even before we rhapsodized about their Chinese noms – they’ve been offering free meals to those in the service industry who need them. And, sure, eateries are slowly, tentatively reopening; but food-service workers and a whole bunch of everybody else continue to struggle. So Old Thousand says: “In the wake of recent events, and in an effort to support our communities, we are extending our Family Meal program to the community at large. If you find yourself struggling andf just need a good meal, contact us at brendan@oldthousandatx.com to get put on the list to receive what we’re feeding our own family for the day. Meals can be picked up between 3-4pm on the scheduled day.”

The Peached Tortilla is donating $2 to the United Negro College Fund, for every milkshake sold of their Shakes, Burgers & Bubbles series. Like, for just a day? No – for the next three months. “Why UNCF?” says the Tortilla? “Because we believe that education is one of the great equalizers and can only help to further hasten change. We stand in solidarity with the black community.”

Ramen Tatsu-ya’s fundraiser last Saturday generated a total of $38,320 in sales – which will now be split evenly into donations to ACLU and the NAACP. “We know these are emotional and uncertain times and the fight does not stop here,” goes their Instagram announcement, “however, we thank you for making this happen.”

The bready badasses at Li'l Nonna’s outpost of vegan pizza power on East St. Elmo keep doing these Crust Punx ATX gigs, wherein they conjure up a plethora of savory pies and slices and donating the money earned to the 400+1 bail fund. Suggestion: Follow them on Facebook or Instagram or wherever for news of when the next gig’s coming – or just because you 1) like eating 2) really good vegan pizza.

H-E-B, the beloved grocery chain that needs no introduction in these pages, isn’t looking at all these (and other) valiant efforts of support and then cocking its corporate head, rolling up its sleeves, and saying, “Hold my beer.” That would merely be the meme version of this item. Which is powerfully embodied by this message from H-E-B’s president Craig Boyan:

“We must all take a stand against what happened to George Floyd – and the tragic deaths of so many other black lives throughout our history. Together we stand with the black community and communities of color in the fight against racism, intolerance, discrimination, and hate. We know words are not enough. Real change is rooted in action. In this light, we are creating a $1 million fund to help address racial inequities and injustice in our communities. H-E-B was founded on the unwavering belief that each and every person counts. Treating all people with dignity and respect is at the core of what unites us as a company, a state, and a nation. Now, more than ever, is a time for unity and to show each other compassion, understanding, and kindness as we work to make this a better world for everyone. Together, we have the power to create real change.”

Note: That fellow Boyan’s the president of a Texas grocery chain. Be great if he could switch places with what’s currently stinking up the White House, hey? (But then, of course, H-E-B would go bankrupt faster’n grass through a Santa Gertrudis. *sigh*)