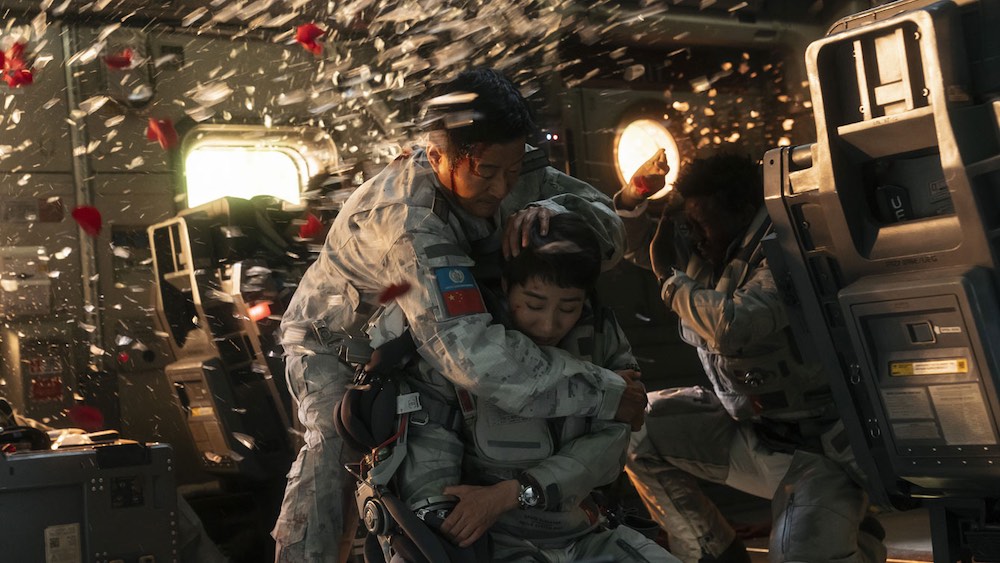 There are two types of people in this city: those lucky enough to catch The Wandering Earth during its brief 2019 theatrical run, and those with a chance at redemption in The Wandering Earth II. And if these movies mean nothing to you, you might still consider going in blind and enjoying some of the most bombastic blockbuster filmmaking this side of RRR.

Set before the events of the first film, The Wandering Earth II bridges the gap between the discovery of a solar crisis and the development of thousands of fusion engines built to push Earth away from an expanding sun. Following a younger version of Liu Peiqiang – Wu Jing’s hero from the original – we see what happens when a small group of scientists and astronauts is all that stands against global disaster. Along the way, our heroes must survive an ecological collapse, an army of corrupted AI, and an extinction-level threat posed by the goddamn moon itself.

Of course, the primary reason you watch a Wandering Earth film is for the visuals, and the sequel delivers early and often. Given that this is a franchise where a character once emptied a machine gun at the planet Jupiter in a moment of anger, the film does not attempt to dial back its approach. Instead, the filmmakers find all the inspiration they need in the many unanswered questions from the first movie. If you spent the majority of The Wandering Earth wondering what happened to our moon, you will leave this movie very, very happy.

The opening action sequence – a drone-based assault on the international space elevator – is a pitch-perfect spin on the Independence Day finale. And soon The Wandering Earth II goes full ecological disaster, combining an underwater rescue mission in the ruins of a major city with an all-out invasion of Mars. Much like the first film, this combination of high craft and cheerful nationalism offers a through-the-looking-glass perspective on what it must have been like to live outside of America as films like Armageddon and Deep Impact dominated our box office.

While the original film was an unapologetic piece of national cinema, The Wandering Earth II takes some of that commentary a step further, positioning the United States as openly hostile to the efforts of the world community to navigate an international crisis. This makes it a fascinating artifact of COVID world politics and a film that belongs in any conversation about post-pandemic storytelling.

But for all its plentiful spectacle, The Wandering Earth II is also a more somber film than its predecessor. The prequel spans several decades, and characters who begin as youthful heroes hellbent on saving the solar system age into grimmer, more pragmatic versions of themselves. This film also devotes much of its run time to the question of artificial life – for a moment, humanity elects to store its collective consciousness in virtual reality, and the Big Bad AI subplot found in the first film is treated with considerably more heft here.

It is this combination of maximalism, nationalism, fatalism, and two-dimensional characterization that makes this one of the most enjoyable current franchises. In an era devoid of quality disaster movies – where Roland Emmerich’s Moonfall can develop an undeserved cult following – a film like The Wandering Earth II deserves a prolonged moment in the sun. Here’s hoping we can spend the next decade exploring the various disasters humankind encounters on its path to Alpha Centauri. With thousands of years left to go, it feels like we could squeeze at least two more movies out of the journey. 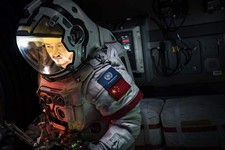