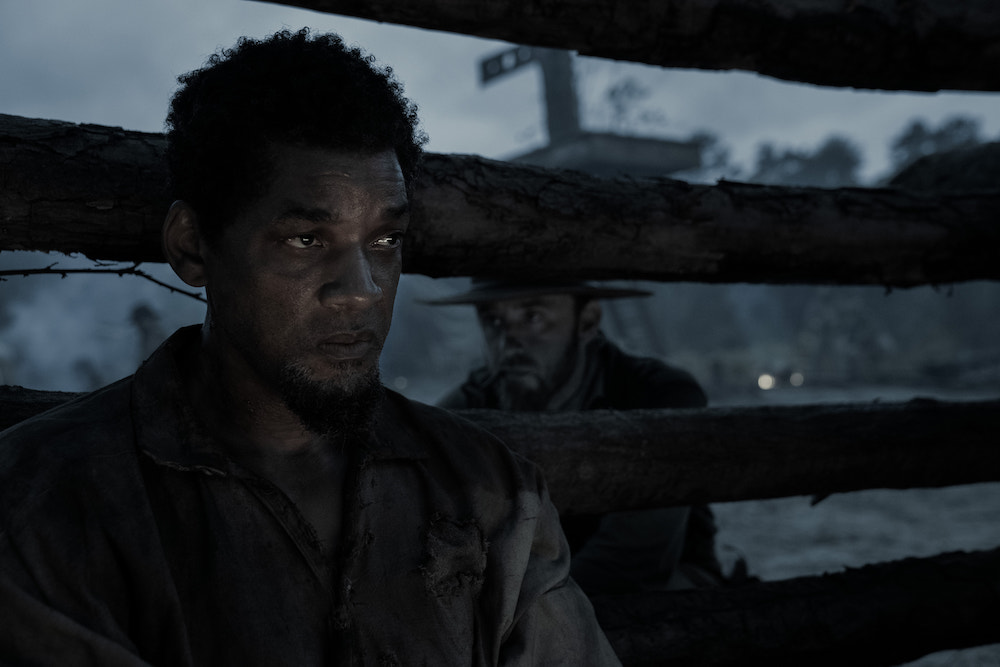 In the opening shots of Emancipation, the camera soars across unbroken landscapes. We are treated to the desolation of the American South as ominous chords thrum in the background. There is a terrible beauty on display, and hints of a natural danger that will be explored in depth over the following two hours. Then the scene settles on a plantation – and suddenly those naturalistic images are replaced by awkward composite photography, with men and women dotting the landscape with all the grace of digital artifacts.

Artistry and artifice in equal measure. As far as metaphors go, it’s a potent one.

Peter (Smith, playing a fictionalized version of the real-life freedom seeker known as Whipped Peter) has survived a lifetime of slavery through his faith in God. But when Peter is separated from his family and forced to work on the Confederate supply lines, he decides to flee across the swamplands to Baton Rouge, home to the United States military. Hot on his heels is bounty hunter Fassel (Foster, an actor bred for this kind of role), who vows to put Peter in the grave before he has a chance to enjoy life as a free man. If Peter is to survive, he must pit himself against nature – and the Confederate forces on the battlefield.

Unusually for Civil War films, Emancipation is set in the waning days of the war, with several scenes in the aftermath of battle, where Sherman’s march has left plantations and landscapes littered with the bodies of Confederate soldiers. This is a unique backdrop for a tale of salvation, and one that, when combined with the color-washed approach from director Antoine Fuqua and cinematographer Robert Richardson, gives the film an almost purgatorial air. The aerial photography is particularly inspired; the movie has a real poetry in how it depicts the two groups of men moving through the undergrowth.

But while the beauty of the film is undeniable, the human elements struggle to justify their historical trappings. There are moments when Emancipation seems to be striving for a more incisive commentary about slavery and the Black experience in America, but what the film lacks is specificity. Settlements, rivers, and swamps pocket the landscape, but the film offers little insight into whether we are moving through populated areas or the wilderness – and fails to make clear if that ambiguity is, in fact, the point. The beauty of the settings folds into a single shapeless chase sequence, often favoring genre beats over epic storytelling.

When Peter is forced into action with the United States military, the movie also gestures toward a duality between his voluntary service and his former life as a slave. This tension is almost immediately discarded in favor of sweeping sentiment and heroism on the battlefield. The historical context of the film – especially when set against our regressive modern society – opens many doors, but Emancipation has little interest in offering a grand American narrative.

And yet, despite so many pieces that fail to fit together, Emancipation succeeds on entertainment alone. Fuqua has always been a B-movie maestro, and his action sequences and sweeping landscape shots suggest that Emancipation is a conventional war movie trapped in the body of an award season contender. When the hype winds down and audiences are left to approach the film on their own terms, this may entice audiences as a form of prestige action movie not often found in modern Hollywood. At the risk of sounding glib, if you like your Civil War films light on historicity but awash in alligator knife fights, then Emancipation is the movie for you.