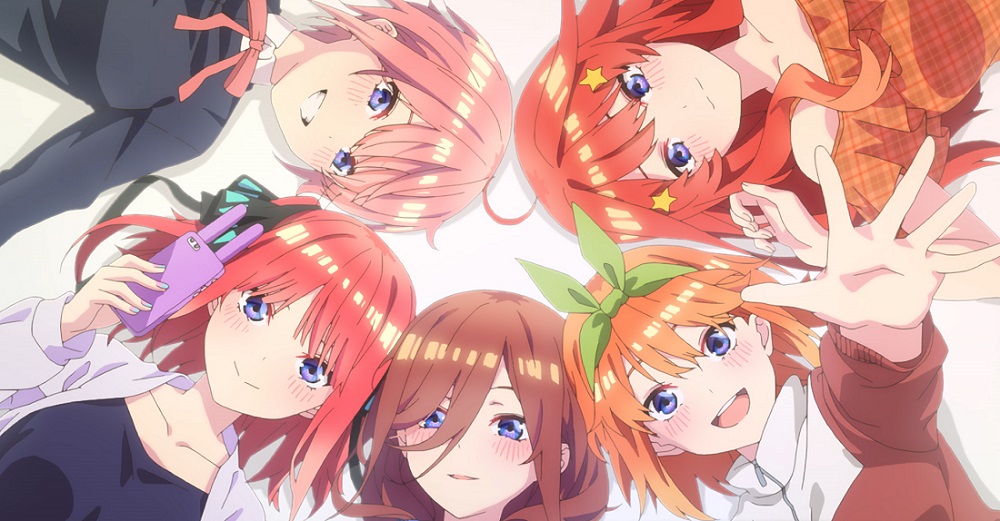 Mainstream American animation has often emphasized very straightforward and oddly prudish romances, so the fact that Japanese animation often deals with sexuality can sometimes lead to a rocky reception. We're not talking hentai here, but there have been long discussions about sexualization in anime, especially of teenagers. But there's one particular corner of anime that is especially complex, and that's the harem. It's a whole genre in which the hero (it's almost always a boy) has a troupe of young women competing for his affections. It's often wish fulfillment, sometimes deeply creepy, and an excuse for the filmmakers to give everyone in the audience their own favorite girl to crush on, rendering them ciphers for fetishization.

TV show The Quintessential Quintuplets, on the surface, falls straight into all those pitfalls. Adapted from Negi Haruba's manga, it centers on high schooler Futaro (voiced by Matsuoka in the original Japanese version, Josh Grelle in the English-language dub) who is hired as a tutor to five predictably cute sisters, the Nakano quintuplets. Of course slightly saucy hijinks result as Futaro falls for all five at the same time, and they fall for him, and across two seasons the sisters end up in a wide variety of differing outfits. Thus were a million collectible statues sold …

The core question remains simple: Which sister will Futaro choose? A choice is clearly made, since the manga opens with Futaro's wedding day to one of the sisters, and the show plays as a giant flashback. So is it elder sister and actress Ichika (Hanazawa/Lindsay Seidel)? Firebrand Nino (Taketatsu/Jill Harris)? Introspective Miku (Itou/Felecia Angelle)? Sporty and selfless Yotsuba (Sakura/Bryn Apprill)? Or overachieving littlest sister Itsuki (Minase/Tia Ballard)? It's a ticking clock, and the alarm goes off in the fall when Futaro goes to college. All the hijinks have to end, and the comedy episodes and beach trips and mistaken identities that bolstered the TV run aren't going to fit in with the seriousness of that big decision. Hearts are going to get broken.

Because unlike most harem shows, The Quintessential Quintuplets actually has real heart, and a surprising maturity. After two seasons and 24 episodes, the story ends with The Quintessential Quintuplets Movie (surprisingly, bringing back neither season 1 director Satoshi Kuwabara nor season 2 showrunner Kaori, but series newcomer Masato Jinbo to wrap everything up). It is in no way intended as a jumping-on point for new viewers, but a resolution. The Quintessential Quintuplets Movie does what it needs to do in not just making a choice, or making a choice that will please the biggest section of the audience and infuriate too many shippers, but in making a choice that makes sense. Most importantly, it's built around the sisters, not around Futaro. It becomes the anti-harem film, and a story of sisters. Like Futaro, the loyal fans spent all this time getting to know them as individuals. With the choice made with an hour of the movie to go, it all becomes a deep dive into that one sister's inner life, the part she plays in the family, and her growth as an individual. Happy ever after may be hard, but it's worth it. 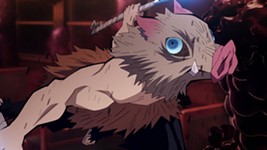