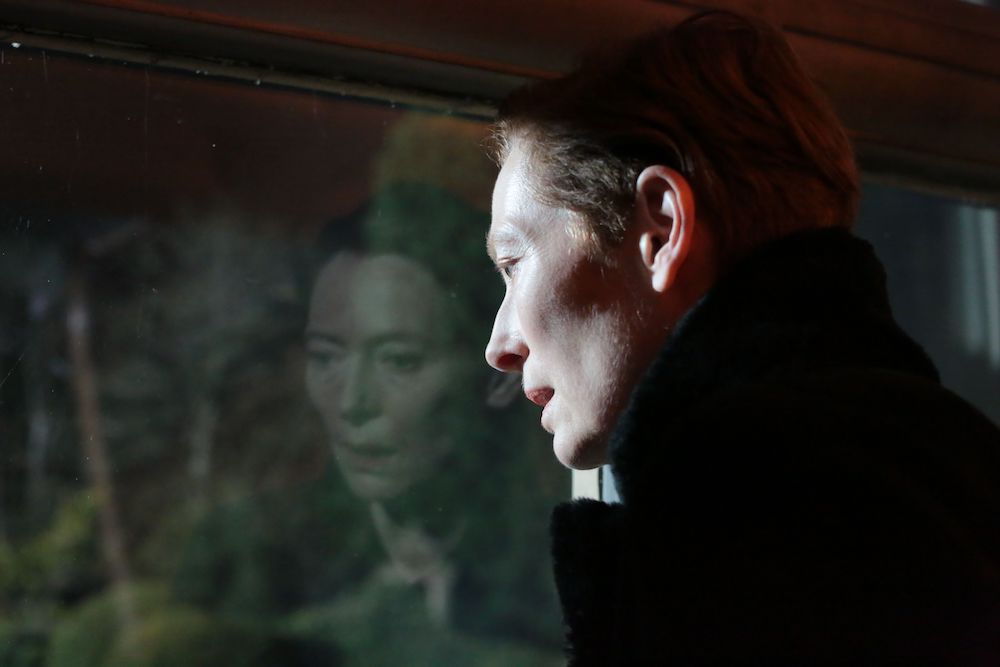 Filmmakers have often used certain actors as proxies for themselves, but rarely has that symbiosis been more magical than the pairing of Joanna Hogg and Tilda Swinton. Their creative relationship began with Hogg’s 1986 graduation thesis film, Caprice, but was reignited when the director cast the actor in her 2019 semi-autobiographical tale of love and loss, The Souvenir, and its redemptive sequel, the healing balm of The Souvenir Part II (which, as an intersecting loop, made direct reference to Caprice).

In Caprice, there were elements of Hogg herself in Swinton’s character, a young woman wrapped and trapped in visual references. In The Souvenir Swinton skipped a generation to become Rosalind, the simulacrum of Hogg’s own mother, a wisp of mournful comfort and upper-class reserve, while Swinton’s daughter, Honor Swinton Byrne, became Julie, the proxy for Hogg herself.

In The Eternal Daughter, a spectral not-quite-sequel to that captivating duet of films, now Swinton returns as both mother and daughter. Years after those earlier films – set during Julie’s film school days – the pair is staying in a hotel. Only it’s not just a hotel: It’s the family home in which Rosalind spent her childhood, now converted into a hotel. And it’s not really just a holiday, as denoted by the absence of Julie’s father and the bag of mementos that Rosalind brings with her. If The Souvenir films were defined by the inevitable absence of Julie’s doomed junkie boyfriend, here men are almost completely removed. The only other face seen straight on in the opening hour is the surly desk clerk/waitress (Davies), seemingly the hotel’s sole other corporeal presence. Even Julie’s dog, Louis, is often seen from behind, whimpering at unseen presences behind closed doors.

An interpersonal drama shot like a 1980s British television supernatural tale, The Eternal Daughter is a ghost story in the same way that Lenny Abrahamson’s class-riddled gothic fable The Little Stranger is, or Henrik Ibsen’s Gengangere (better known by the mistranslated title Ghosts). In this rambling, strangely empty, familiar yet alien home, they swap narratives and tread lightly around each other, this place of memories stirring up what has been lain to rest. That’s what rooms do, Rosalind tells Julie. “They hold these stories,” and stories are what both haunt and connect mother and daughter. In the dual performances, Swinton’s Rosalind is both more robust and more fragile than her earlier self, in that way the widowed sometimes are: Meanwhile, her Julie is more forceful and self-assured than her younger self, both eager to record her mother’s stories and increasingly aware that when she focuses them through her films, she purloins them for her own cathartic ends. Hogg eschews the idea of visual trickery to place them in the same frame at the same time, instead cutting between them, keeping their relationship in the space between them. Truly haunting.