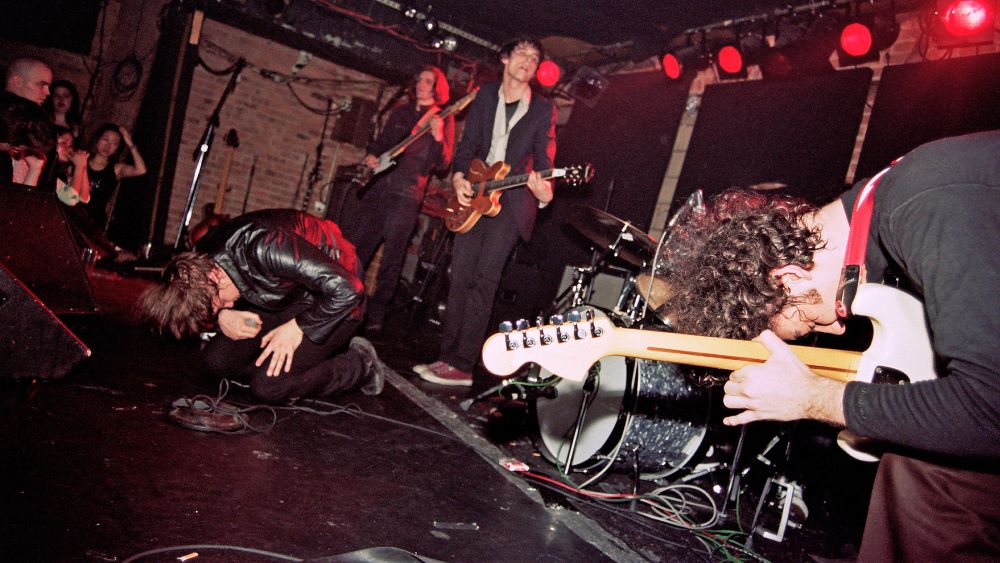 Meet Me in the Bathroom

After watching Disintegration Loops, David Wexler's documentary about avant-garde composer William Basinski's sonic response to 9/11, another journalist mentioned to me how they'd like to see a movie about the early Aughts NYC indie scene.

Documentarians Will Lovelace and Dylan Southern have answered that request by adapting Lizzy Goodman's Meet Me in the Bathroom: Rebirth and Rock and Roll in New York City 2001-2011, the definitive history of the era when Yeah Yeah Yeahs and the Strokes were the coolest bands in the American indie scene. The resulting documentary, Meet Me in the Bathroom, aims to be the same kind of deep-dive examination of a cultural phenomenon linked to a time and place, but like many deep dives, it sometimes get lost in the murk.

It begins before that moment of major label deals, of Spin and Rolling Stone covers, with the Moldy Peaches and anti-folk open nights (seemingly an NYC hipster spoof on the old Greenwich Village folk explosion) getting mercifully short shrift. However, they serve as a brief entry point to the Brooklyn scene around the millennium – without ever necessarily defining exactly what that was. New Order acolytes Interpol definitely seem to sit on the periphery, and LCD Soundsystem (the center of Lovelace and Southern's 2012 concert feature, Shut Up and Play the Hits) seems like a diversion. Those second- and third-act asides about James Murphy's indie-disco crossover outfit raise questions about what the documentary is about. Is a scene really a scene just because people say it's a scene, or does it become a scene due to being described? Is there any real connection between the bands, bar time and place? (If the huffy reminiscences of Interpol about being constantly asked by fans, "Do you know the Strokes?" is anything to go by, then the answer is no.) Why these bands, but no sign of Chk Chk Chk or the National?

Meet Me in the Bathroom works within its remit, but by trying to crowbar Goodman's 600-plus pages into 105 minutes that remit is astoundingly broad and cannot always fit within the picture that Lovelace and Southern are trying to paint. 9/11 falls out of the frame fast, which is weird since the third act concentrates on the scene's seeming collapse in 2002-03: the burnout of Karen O, the commercial and critical failure of Room on Fire, the quick flameout of the Rapture, and all these underground kids unsure of how to deal with success, fans, media scrutiny, drugs, Napster, and Courtney Love. There's a subtext about Manhattan moving in on their Brooklyn (which is a little rich for a story about a bunch of private school and art college kids at the vanguard of making a neighborhood cool), but, like so many issues raised, a sideways glance is all the conundrum of artistic gentrification gets.

Maybe Lovelace and Southern should have pulled in their focus a little tighter, or at least found one central band around which to build their story. Instead, Meet Me in the Bathroom is like a well-curated sampler CD of the scene. It's cool, but you'll be left wanting full albums of the bands you liked anyway. 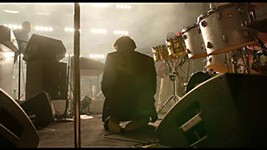 Shut Up and Play the Hits
This doc captures LCD Soundsystem's swan song – a sold-out show at Madison Square Garden.

Meet Me in the Bathroom, Will Lovelace, Dylan Southern