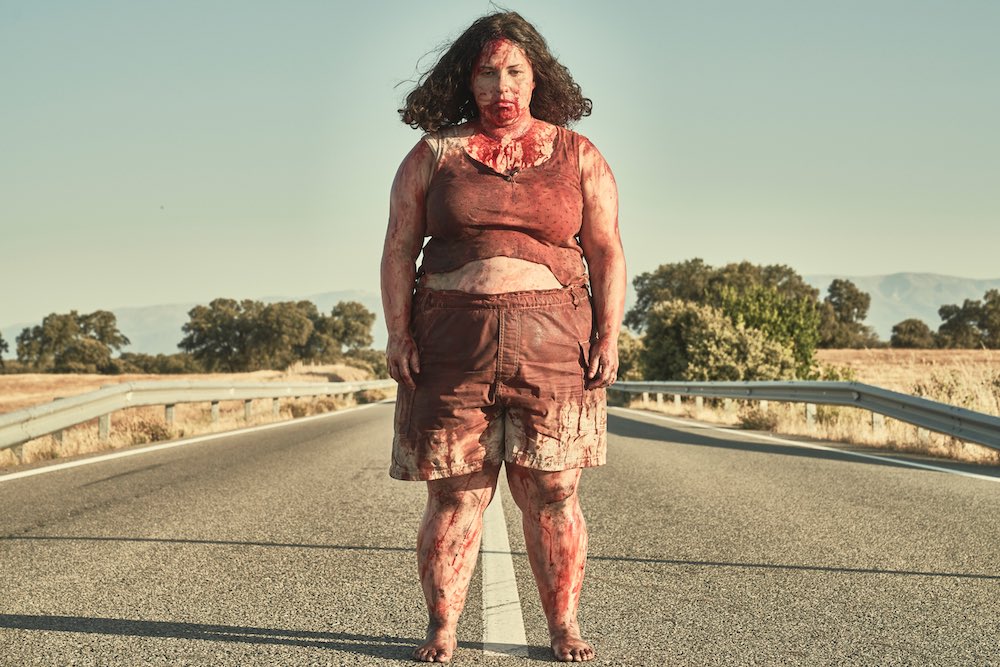 Ah, the teen summer slasher. Its tropes are some of the most familiar in horror cinema, whether it’s the hulking, slow-walking killer; the socially outcast protagonist; the love-to-hate-’em ensemble who will inevitably be punished for their transgressions, usually in groups of five; the spooky (but rarely lethal) scene in the water; and of course, the violently explosive endings. Piggy is the newest addition to the classic subgenre. There’s even an ominous pool scene to kick things off. Yet writer/director Carlota Pereda’s piercing horror drama about a bullied teen with the revenge opportunity of a lifetime takes the genre in a surprisingly intimate direction.

Sara (Galán) is living the life every teenager dreads. She has no apparent friends, spends afternoons working in her parents’ butcher shop, and is tormented by a trio of girls in town. A particularly harrowing incident at the local pool leads to a grueling walk home that just keeps getting worse, especially when she finds herself the sole witness to a brutal kidnapping – and (spoiler alert) her bullies are the victims.

What unfolds is a deeply honest and perturbing look at petty viciousness, teenage desire, and two very different causes of psychological scarring: receiving suffering, and inflicting it.

Sara’s bullies are so perfectly loathsome that rooting for their survival is almost impossible, a trope that lesser horror movies have exploited for years, and to spectacular bloody ends. But Pereda is clearly not interested in shallow depictions of violence or cruelty, however gratifying they may be for an audience. There are no easy dichotomies here, no reductions to mere good and evil, heroes and villains, which makes Piggy as fascinatingly human as it is morally squirm-inducing. Everyone on screen is shown to be equally capable of kindness and cruelty, perhaps best exemplified by the kidnapper’s repeated consideration of Sara’s needs – consideration Sara has badly needed from someone. That interpersonal gray area masterfully complicates the situation while also serving to drive home an underlying message that if everyone is capable of malice, no one is deserving of it.

Before our screening, Pereda proved herself a woman after my own heart by saying, “I hate when a director tells you about the movie right before you watch it, so I’ll just say this,” then oinking and leaving the stage. That confidence bleeds into every moment of Piggy. Then again, a product this good speaks for itself.