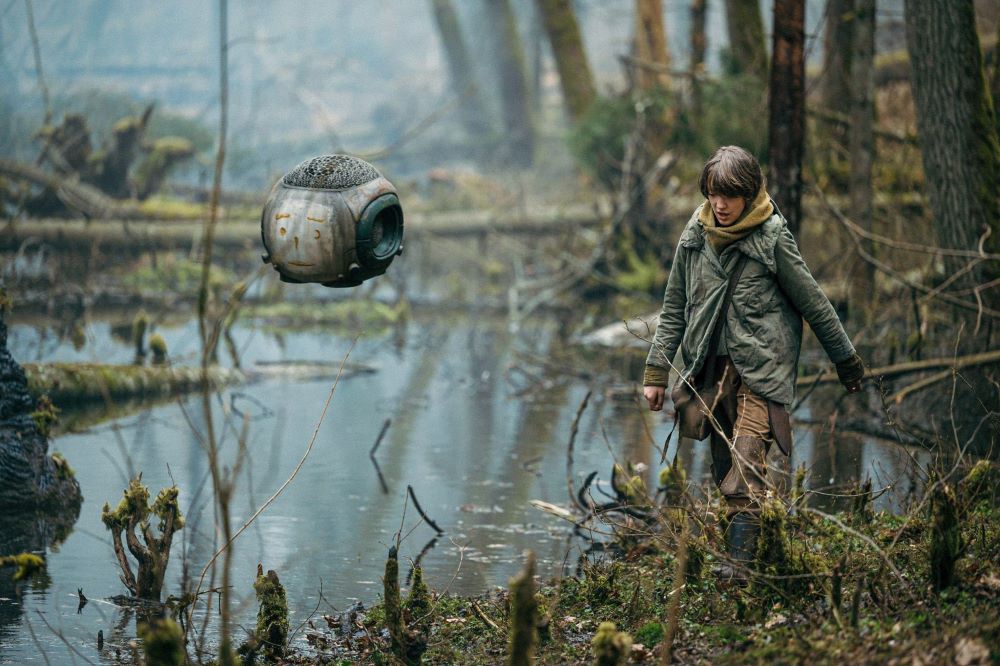 In the future of eco-fable Vesper, much like our own present, there is the edible and the inedible. The control of that which is edible is the ultimate source of power, and the ability to let the nature grow freely is the ultimate act of rebellion.

In the latest film from Kristina Buožytė and Bruno Samper (the duo behind Fantastic Fest 2012 multi-award winner Vanishing Waves) the world is beset with corrupted growth: or rather, it has seemingly outgrown humanity, and is sending it back to the soil. In a not-so-subtle dig at how agribusiness now can "turn off" seeds, starving the farming community, the distant Citadels have created an economic system of genetically modified seeds and blood – literally exsanguinating the youth of the countryside.

Unlike most eco-horrors, this is not an arid, baked future; it is green and verdant, but utterly inhospitable, and this is the world in which Vesper (Chapman) has found herself. A 13-year-old with a flair for biosciences, she sits in a collapsing house with the mummified body of her mother and her paralyzed father (Brake, a frozen mass of keening desperation), who has been gifted a limited mobility by the Citadel that used him up in the war: a floating drone that he can control, psionically, on which Vesper has painted a happy face. The environment has gone wild with dangerous plants and aggressive fungi: Sleep against the wrong log and you'll be mulch by morning, and that's something else Vesper must navigate.

Of course, there's a hiccup in the disorder of things – or rather, two. First, Vesper finds lost seeds upon which she can experiment; second, a ship from the Citadel crashes, and an impossibly pallid woman, Camellia (McEwen), is the sole survivor. Over her father's protestations, Vesper takes her in, and these two catalyzing opportunities are enough to set her on an inevitable path to changing the world.

But she is a quiet revolutionary. There's no Hunger Games spectacle here: Instead, Vesper and Camellia quietly inhabit this fantastical land. There is a fairy-tale aspect, of the dangerous forest that the plucky young heroine must overcome to slay the beast; but, more importantly, fairy tales are metaphors. Vesper herself is not some pristine princess, but the scientist who is convinced that their idea can overcome a system that has corrupted the environment. The changed world – seductively, brutally, dangerously entrancing as it is – is the result of the Citadel's meddling, and her task is to undo the incorrect. She's less Snow White than a grimy teenage Galileo, seeing the patterns that others deny. Under the muck and mire, Vesper is a reminder that both life and hope can be surprisingly durable, flexible, and morphable.