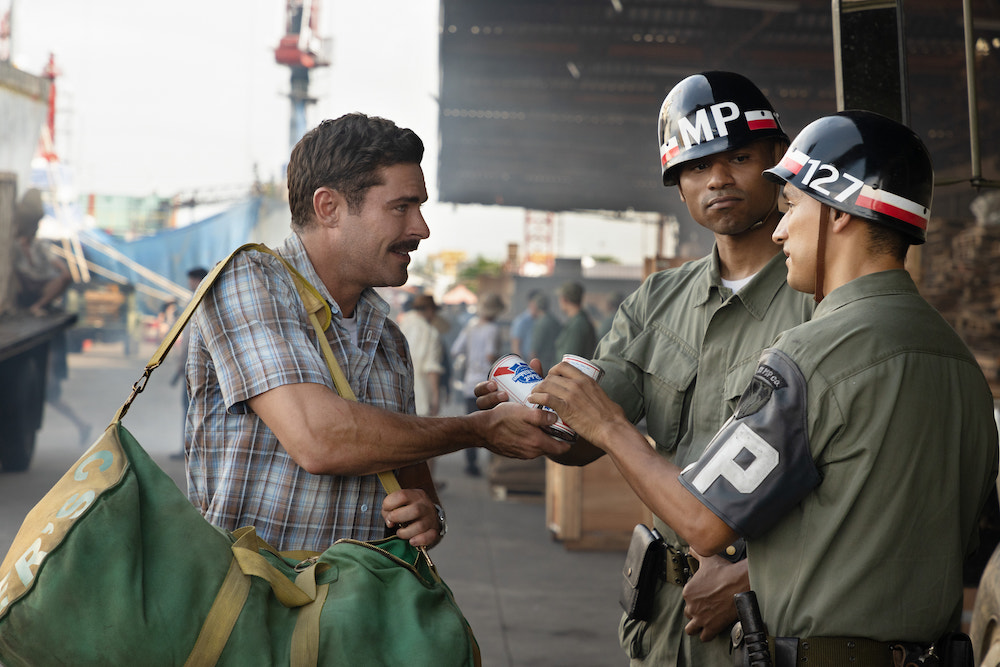 The Greatest Beer Run Ever

Wow, talk about a movie where the title is a complete misnomer to the film. Going in blind, with a name like The Greatest Beer Run Ever, this promised to be a misadventure by some frat boy trying to score some beer for his buddies. Which, okay, this is a movie about a pro-war idiot wanting to bring his friends from the neighborhood some beer, but throw in the fact that his friends are in Vietnam in 1967/68 and, well … misadventure indeed.

Based on 2017 book The Greatest Beer Run Ever: A Memoir of Friendship, Loyalty, and War from John “Chick" Donohue and J.T. Molloy, the film is about Chickie (Efron), a former Marine, now Merchant Marine, who spends his time back home drinking and skipping out on tabs. Many of his buddies from the neighborhood (Manhattan, apparently) are over in Vietnam fighting, and Chickie is gung-ho even after they start coming home in body bags. He gets into a fight with some war protesters one night and, spurred on by his local bar’s owner (Murray), Chickie decides to go to Vietnam in order to take several cases of Pabst Blue Ribbon (a war crime itself) to his buddies. He literally packs a duffle bag full of cans. Once he eventually gets there, he sets about carrying that bag all over the country trying to deliver warm wishes, along with the warm beer, from back home.

There aren’t many positives about this movie so it’s easiest to start there. Efron, despite the accent, does a fairly good job as the completely moronic and reckless Chickie. Russell Crowe plays a grizzled war correspondent (he even says so in case there is a question) who seems like he’s in another movie … a movie I would’ve much rather watched. I do question Bill Murray’s choices as The Colonel, though. Like, all of them.

Most of all, I’m really struggling with why this movie was even made. Yes, it’s based on a true story, but is it one that needed telling on screen? The movie sells us on the idea there are two sides to the story when it comes to Vietnam and, I’m sorry, what? Chickie risks the lives of everyone he meets and thinks the journalists in Vietnam should lie so the people back home can feel better. Again, what?