The idea of art ending up in lawsuits is always distressing. Part of the problem is that such cases are never taken as seriously as other cases. Thus the "Trouble in Toon Town" headlines when Will Vinton, arguably the most important claymation animator of the postwar era, found himself staring down Nike founder Phil Knight across a mediation room in a fight for the future of his company, Vinton Animation. Those moments are part of the opening segments of Claydream, a bio documentary of Vinton, his artistry, and his patient mastery of turning formless blobs of clay into living characters – and the devastating lawsuit that now colors the historical view of him.

But as director Marq Evans shows, conflict was there in his career from early on, as was success. Vinton's first short, "Closed Mondays," won him an Oscar that he shared with collaborator Bob Gardiner, and that relationship collapses with the first quarter-hour of the film. The argument? Credit, not money, and every one of the talking heads throws around descriptors about passion and ambition and entrepreneurship. If anything, there's an element of George Lucas about Vinton, that he is dedicated to being a filmmaking revolutionary and has to escape Hollywood to do it – Lucas heading to Marin County, Vinton even further up the coast to Portland, which is where he runs into Evans, who keeps cropping up in flash-forwards from the artistic ascent and wobbly commercial growth of Vinton.

If Lucas is an analog, Vinton's actual stated ambition was to be stop-motion's Walt Disney. Ultimately, as shown by the fact that no one is planning their vacation trip to Claymation Station amusement park or wearing Wilshire Pig noses rather than Mickey Mouse ears, that never happened, and Vinton's artistic successes become commercial failures. Not surprising, since narrative animation is rarely a path to great fortune. That's why Vinton is better known as the work-for-hire man behind the California Raisins and Pizza Hut's Noid ad campaigns than as the director of the first-ever claymation feature, 1985's The Adventures of Mark Twain.

If you don't know the history of clay animation, Claydream may be a little opaque about exactly why Vinton was creatively vital. The art is not much younger than cinema, and was already an established technique when Max Fleischer dabbled with it in the 1920s. Even Vinton says that his studio gets wrongly credited with creating claymation, but a little history about innovators like Gumby creator Art Clokey, or Vinton's peers across the Atlantic in Aardman Animations, would go a long way. Yet that's of less interest to Evans than the mirrored feuds in Vinton's career, how Gardiner's grudge turned into a deadly obsession, and then how Knight took the company Vinton had built out from under him (meanwhile, his employees have their own complaints about Vinton's remarkable skill for taking all the credit for himself).

But Evans is smart enough not to make this a simple good guys vs. bad guys, David and Goliath tale of corporate intrigue. The fates of Vinton and Vinton Animation pose an interesting question, one implicitly answered, about business and art and the personalities that get caught up in that tug-of-war. But most importantly, Claydream is a reminder of a master artist and visionary who revolutionized an art form. His work was gorgeous, as was the work of the team he assembled – another aspect of his genius. Watch in wonder. 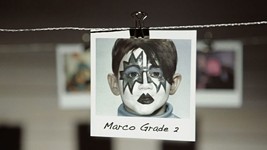