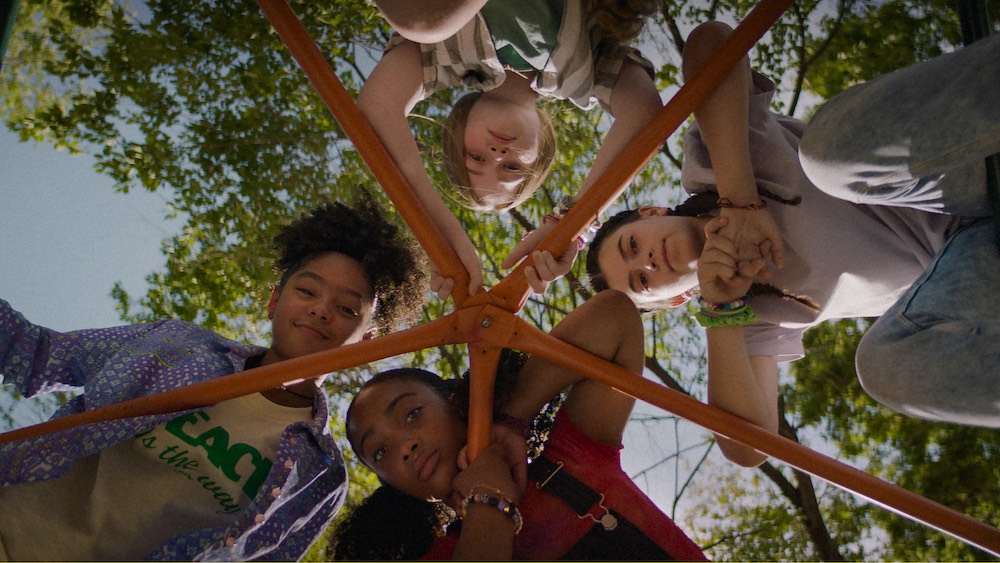 There is a reason Stephen King spends so much time in the waning hours of childhood: No period in your life so fundamentally changes the rules of what it means to be a person. For some, the transition is gradual – for others, sudden – but those first few weeks of middle school often chart a course you are destined to follow for the most formative years of your life. And while James Ponsoldt (The Spectacular Now, The End of the Tour) authors a slightly uneven depiction of childhood, Summering still captures the gentle doom of being aware that your life is about change forever.

It is the final week before the end of summer, and a group of girls is about to make the terrifying leap to middle school. Daisy (Barnett), Lola (Victoria), Dina (Mills), and Mari (Redfield) have been friends forever, and the hallmarks of their friendship can be found adorning the secret corner of a nearby riverbed they call Terabithia. But when their final pilgrimage uncovers a dead body, the girls decide to launch one last summer adventure. They will learn the identity of this man and bring it upon themselves to share the news with his loved ones personally.

Given the general premise – preteens on the hunt for a dead body as a symbolic coming-of-age ritual – you’d be forgiven for thinking that Summering is a modern-day take on Stand by Me. But Summering isn’t a film about death. It’s a film about dying. After the girls find the man’s body, each of them eases back into their evening routines. It is here we notice just how different their family environments truly are. Each girl still carries her parents’ belief system proudly, and as the film progresses, these different threads begin to pull the group apart. Whether it’s spirituality or science, we see tension within the group where before there was only peace.

These foundational beliefs will shape the places you are accepted and the social circles – half chosen, half preordained – that define your formative years. The days of this group are sorely numbered. As the child most versed in tragedy, Daisy knows this, and her hesitant narration about the world around her only serve to underscore their upcoming transition. Ponsoldt can’t help but dabble a bit in magical realism – in one key sequence, a tree made of handprints at the local elementary school begins to shed its leaves – but these flourishes only distract. We do not need magical realism to understand the fantasy that this group is creating.

As they search for facts about the body, the girls’ adventure takes them across town and back, but the journey itself never adopts the same poignancy as their casual conversations. Each girl seems afraid to voice her concerns about the coming weeks, so they talk around their fears, puffing up their knowledge of crime scenes and séances while avoiding having the only conversation that matters. In the end, we enjoy the journey, even if the story beats are more harvested than heartfelt. The cast makes it true. 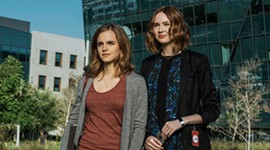