Look, subtlety is not really Lena Dunham’s thing. Dancing the line between provocation and just plain trolling definitely is. She named her movie about a young woman banging her way to self-actualization “Sharp Stick.” I genuinely can’t decide which side of the line that falls.

Continuing the take-no-prisoners exploration of sex and identity that defined her polarizing HBO breakout show, Girls, Dunham’s first feature film since 2010’s Tiny Furniture stars Kristine Froseth as 26-year-old virgin Sarah Jo, who still lives with her mom (Leigh) and sister (Paige). For reasons I don’t entirely understand, the sweetly naive Sarah Jo initiates an affair with her married employer Josh (played with vulnerability and nuance by Bernthal, who also produced). When the affair goes sideways, Sarah Jo embarks on a journey of sexual exploration, the impetus and rules of which I didn’t entirely understand, either.

There were too many “huh?” moments – too much puzzlement over what was going on in Sarah Jo’s head and why at times she seemed borderline feral in her lack of socialization – to call Sharp Stick anything like an unqualified success. On the other hand, it’s in the qualifications that Dunham is traditionally her most creatively potent. She trains her eye on messy people who can be at once toxic and terrible and cheating; also: unexpectedly kind, tender, well-meaning. This pandemic-made feature teems with fertile ideas and observations – about social media, California Goopiness, reproductive trauma, feminist porn – that don’t always feel fully formed – more like purged – and her essential glibness undercuts the potential for real catharsis. Now that she’s got this one out of her system, I’m eager to see what’s next. It won’t be a long wait: Her next feature, the adaptation Catherine Called Birdy, is pegged for an October release. 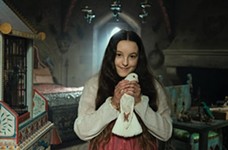 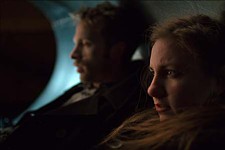 Tiny Furniture
After college, a woman returns home to her mother's house while she tries to figure out what to do with her life. Each feature in ...