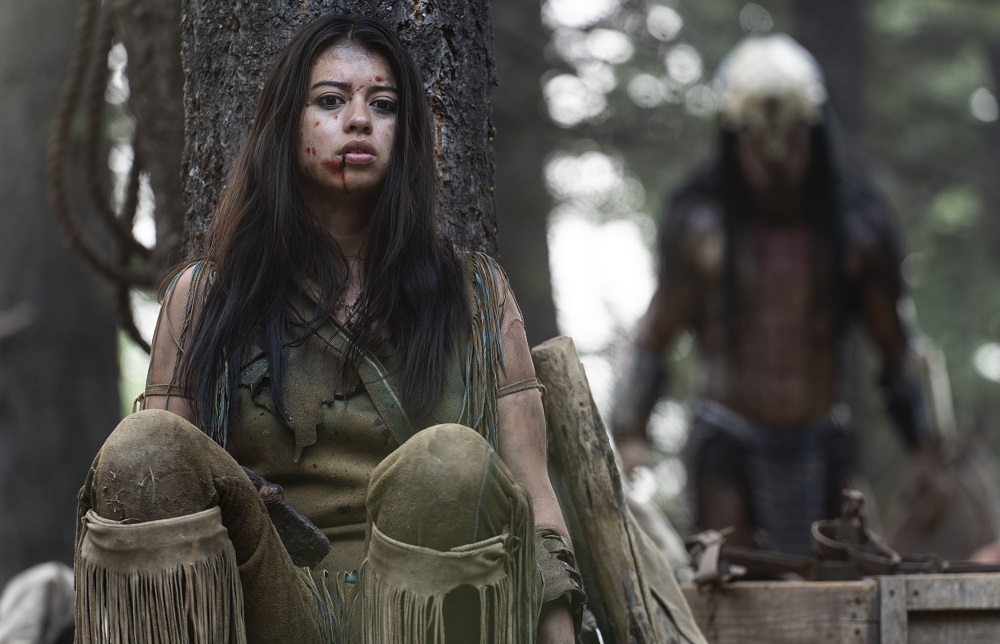 If the Predator films have taught us anything about the Yautja, the mandible-faced interstellar hunters that have plagued humanity for millennia, it's that they are honorable. They have a code, one that restricts them to taking down worthy and healthy opponents. That's not so true of the predator that drops onto the Great Plains in 1719, as the Comanche are starting to feel the first impinging of violent French traders on their lands. This predator is bigger, meaner, more fascinated by brutality - and basically kind of a bullying scumbag. Let's call him Chad Predator, or Chadator. If you're deep in Predator lore, he's more like the arrogant Hish-Qu-Ten from 2006 book, Predator: Forever Midnight, or the dishonorable Killers clan from the Aliens vs. Predator: Three World War comic. If you're just a fan of creature features he is, as Dutch explained in the first film, one ugly motherfucker.

For what sometimes seems like a lesser franchise, Predator has proven durable for 35 years, and not dependent on the star power of Arnold Schwarzenegger in the way that the Alien films have relied upon Sigourney Weaver. It's because of the simplicity of the concept: the predator arrives, looking for the strongest adversary, and humans have to work out how to outwit the cunning and technologically-advanced opponent. It's an idea that can go anywhere: 1980s Latin America, a sweaty near-future Los Angeles, Antarctica, and now to America at the cusp of the colonial era, when the Comanche were the lord of the plains. Chadator decides to target all the local dangerous creatures: bears, wolves, rattlesnake, and, of course, warriors.

The first predator film was built around the appealing conceit of having Arnie, then the walking epitome of movie big bads, getting his posterior handed to him by an invisible alien. The epitome of over-muscled masculinity suddenly became little more than a trophy, both a compliment and an insult. Prey inverts that by having the human on his trail not be the great hunter and tribal chief-in-waiting, Taabe (Beavers), but instead his sister, Naru (Midthunder). Forced by tradition to become a healer, not a warrior, she aspires to be a hunter, and has all the skills save one: as Taabe politely implies, she flinches at the kill. As the Chadator butchers its way through the tribe, and she finds herself alone in the wilderness, will she quite literally choose violence? (The script isn't quite daring enough to note that the best way to beat the predator is through peaceful non-aggression and veganism, not through a battle of tactics, but it's still a fun reversal from what the franchise has become).

It's hard not to see the biggest evolution in Prey is in Midthunder. In the original film, guerrilla leader Anna Gonsalves (Elpidia Carrillo) is shoved out of the way of all the machismo for the final act. In Predator 2, Detective Leona Cantrell (María Conchita Alonso) is sidelined because she's pregnant, and the predator's ethics parlay into an excuse for her male colleagues to keep her out of the action. Naru may not be as strong as the men in the tribe, but she's more agile and definitely better at observing and responding to the increasing threat. She learns, calculates, and eventually uses Chadator's strength against him. So it's not just that Prey finally gives the franchise a woman in the lead, but a woman from an indigenous community, with Hulu even providing a Comanche-language dub track.

But that's not to undersell former UNH Wildcats Power Forward Dane DiLiegro as the Chadator. In a film that is immersed in mud, gore, and the struggle against the patriarchy, Chadator is a scaly slice of machismo, relishing his untrammeled violence, repeatedly standing by to watch lesser predators killing their own fuzzy prey. Earlier Predators came with the idea that they were challenging themselves: there's an ugly condescension in the way the Chadator butchers, sometimes just standing there begging to be shot at, and engaging in some of the most impressively violent set pieces of the series. Director Dan Trachtenberg proved deft at re-envisioning franchise when he dumped the kaiju found footage gimmick of Cloverfield in favor of character-driven survivalist paranoia for 10 Cloverfield Lane and Prey is no less of a worthy twist of the garrote. 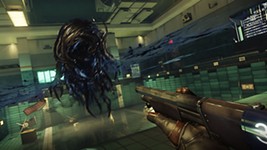 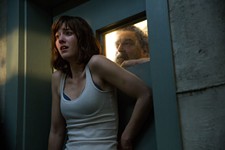