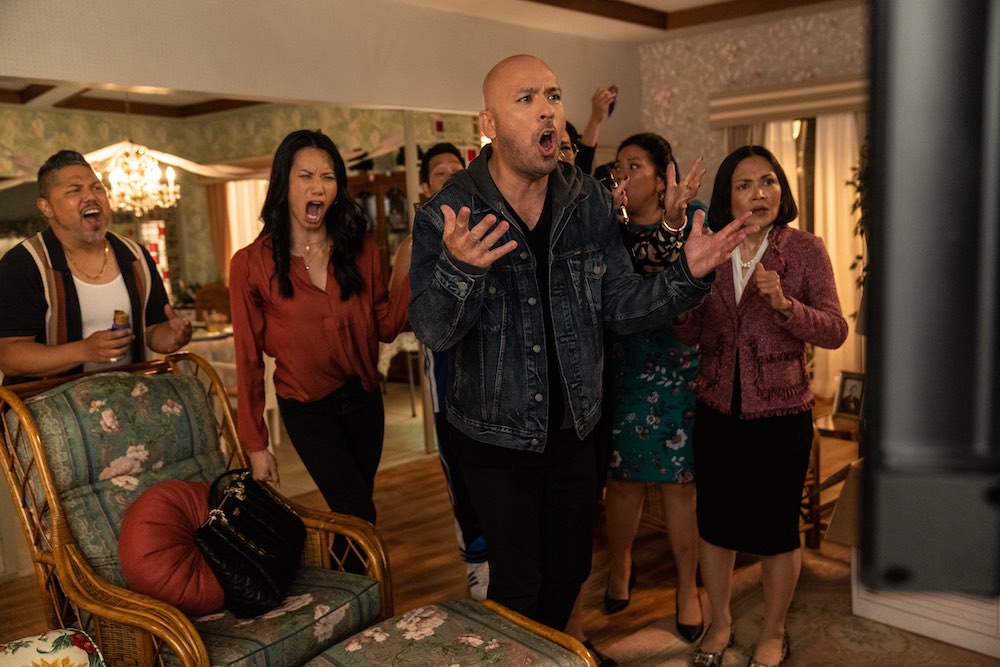 Poor Joe Valencia (Koy). He’s divorced and living in L.A. His ex-wife is married to an L.A. Kings backup to the backup goalie. He’s got a son, Joe Junior (Wardell), who goes to high school, a $35,000-a-year preparatory school where he’s getting a C- in math. Junior is sullen and is mad at his dad for being too busy to care. Joe is a stand-up comedian. He’s also an actor up for a part in a pilot. He’s missing an important meeting at Junior’s school because he had to be at the audition. His agent (the film’s director, Chandrasekhar) never wants to take his calls, even when the agent calls Joe himself. He’s always just about to “go into the Canyon” (if you know, you know). He’s got a cousin, Eugene (Cordero), who he invested $20,000 in for a taco truck, which Eugene turned into a hype truck. On top of all this, Joe’s mom (Gaston) has asked him to come back home to the Bay Area community of Daly City for Easter Sunday. He doesn’t want to go but his mom guilt-trips him into it. Joe grabs Junior and they drive up to Daly City (in a traffic-defying 4½ hours) and a day of comedy ensues.

Although Koy's comedy about a semi-dysfunctional Filipino American family is quite funny throughout, I couldn’t help feeling like I was watching an extended episode of The Joe Valencia Show. It didn’t feel or even look like a movie at all. I know Chandrasekhar has made other films, like Super Troopers and The Dukes of Hazzard, but this movie just didn’t look cinematic. As for Koy, he was like a fish out of water in this movie. He makes a better stand-up than an actor, and he never appeared like he was totally comfortable as a leading man. Also, why is Easter Sunday coming out in August?

There were a few good things about this, not least a great supporting cast including Cordero and Gaston. There are a few surprise cameos that really work, one of them providing the funniest scenes in the movie. Shout-out to Tia Carrere, who plays Joe’s Tita Theresa: It was good to see her on the big screen, even if this totally felt like a sitcom.

If we don’t have an amazing Filipino American family, we can all still relate to the familial shenanigans that revolve around a holiday. Is it worth a watch? Sure. Is it worth seeing on the big screen? Nah. 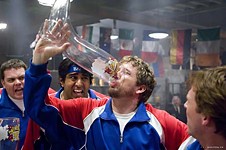