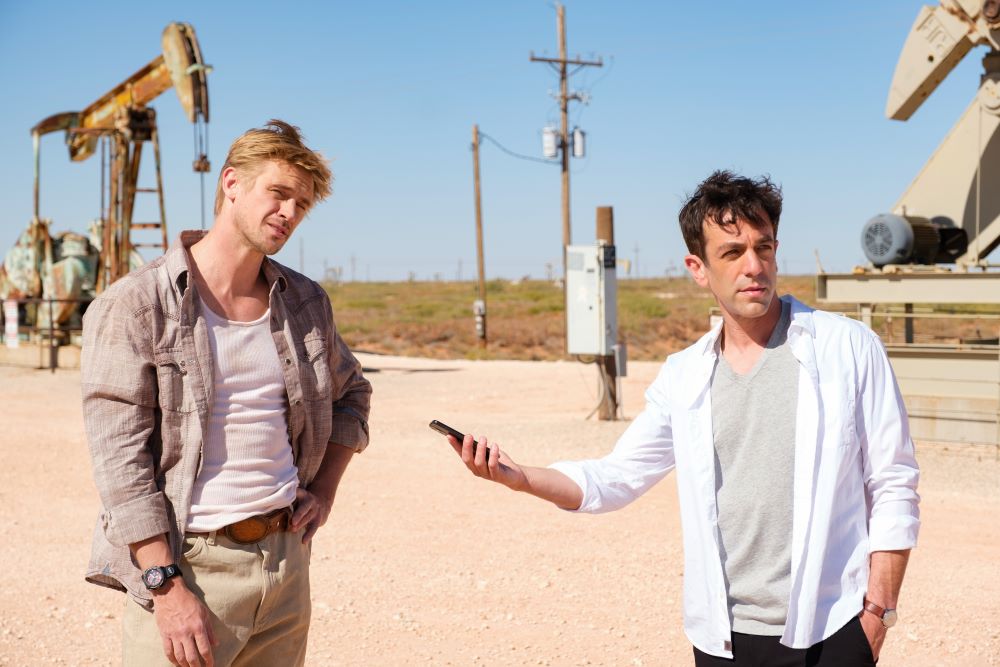 If you’re anything like me, your first reaction to the idea of a quirky little mystery/comedy as the directorial debut of B.J. Novak, who also happens to have written the film and stars as its lead, is that of steadfast resistance. The pitch of the film sounds ripe for indulging in all the worst cliches of something like this, and having the dude most commonly known as Ryan from The Office trying to make his mark as the creative force behind it felt like this was gearing up to be the most miserable type of irreverent dramedy.

It’s a surprise to say, then, that Vengeance is not only tolerable as a film, but Novak is actually insufferable in all the right ways as Ben Manalowitz, your typical casually arrogant white guy who writes for The New Yorker and hangs out at rooftop parties with John Mayer talking about all the girls they have in their phone that they can’t commit to. It’s in the middle of the night after a hookup with a girl he has in his phone as “Random House Party” (the publisher or an actual random house, he can’t remember) that he gets a call from an unknown number with troubling news: His supposed girlfriend Abilene Shaw, who he can barely remember, is dead of an apparent overdose.

The family seems to think they were a more serious couple than they actually were, and Ben gets dragged down to rural West Texas for the funeral when brother Ty (Holbrook) confides something in him: He believes Abilene was murdered. Ben doesn’t believe it for a second, but he sees an opportunity here for a new story in the form of a true-crime podcast that is only incidentally about Abilene’s death and, as Ben describes it, more of a story about America (obviously) and the myths and stories people tell themselves when they are unable to accept tragedy and disaster as reality.

Though there is some truth in Ben’s thesis that the film itself explores, it doesn’t ignore the fact that he is exploiting a family that has taken him in, recording a podcast story that casts the victim aside in search of some hazy larger truth. Novak embraces Ben as nonchalantly pretentious, callous, and condescending under the guise of being your regular nice guy; a city boy way out of his element that sees the locals he meets primarily as characters rather than people with full, complicated lives. He’s the ideal New York liberal that would probably think it’s best to let red-voting states in the South fend for themselves despite the eclectic makeup of society that lives there.

It makes for an interesting dissection of an American cultural divide in a way that is both thoughtful and funny. At its core, Vengeance is a fish-out-of-water comedy about someone who slowly realizes his preconceived notions may actually be bullshit. Novak does an impressive job in not resorting to turning the Shaw family into goofy Texas caricatures. They love Whataburger and know the history of the Alamo (and, hey, me too) but they also subtly call out Ben when he assumes they don’t know what South by Southwest is. There’s a blanket of understanding and empathy that covers the film as Ben draws closer to the family, and as a genuine mystery begins to unravel regarding Abilene’s death. Ben investigates everyone from cartel dealer Sancholo (Villa) to galaxy-brained music producer Quentin Sellers (Kutcher) as it turns out everything may not be as clear-cut as he was quick to assume.

Novak still falls into typical debut and indie pitfalls, like scenes that are cloyingly sentimental, as well as hitting the requisite beats you expect from something like this; you’re just counting the minutes until he has a fallout with the family he’s become unexpectedly close to. But the characterizations that are drawn here are more affecting than you may expect, and it finds a uniquely somber conclusion that doesn’t let its main character, or the themes explored through him, go to waste. 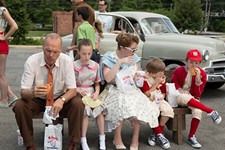 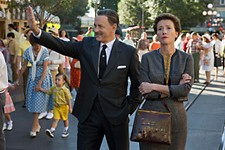 Saving Mr. Banks
Tom Hanks and Emma Thompson star in this story about how Walt Disney convinced the prickly author of Mary Poppins to sell her creation to Hollywood.