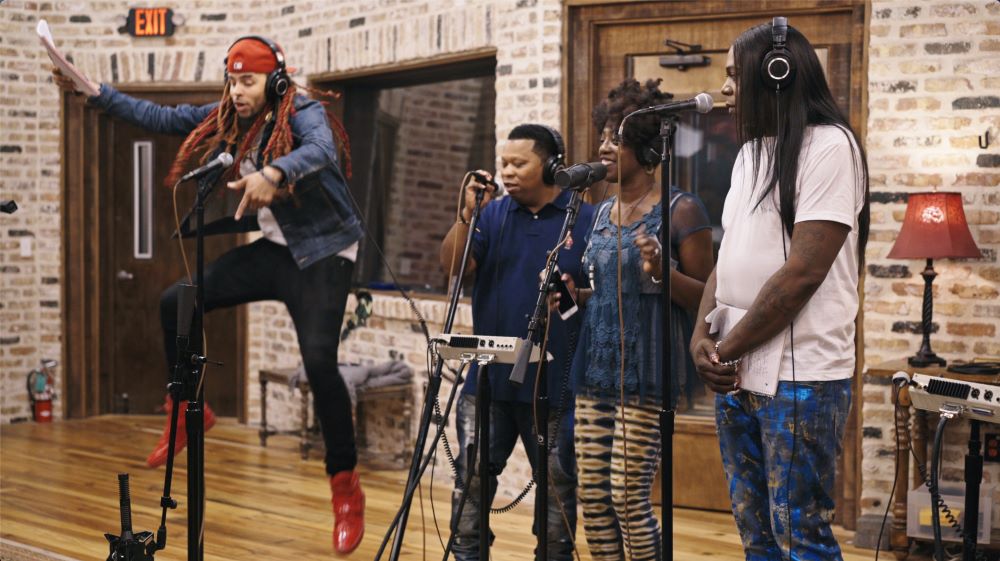 Take Me to the River New Orleans

In 2014, musician and director Martin Shore went inside a recording studio to capture multiple generations of Memphis artists in collaboration. He walked out with Take Me to the River, a unique lens on a living history. A double album accompanied the film’s release and spawned live performances, too; now Shore’s taken the concept on the road – or rather, down the Mississippi River – to duplicate the endeavor in New Orleans for Take Me to the River New Orleans, a rousing survey of the city’s diverse musical traditions.

That piling-on of talent, from different generations and musical genres, is what makes Take Me to the River such an exhilarating project, and it provides an ideal jumping-off point for tiny dives into Crescent City history, including second line culture – the more free-form, spirited part of a brass band parade – and the influence of enslaved Africans and Native Americans on Mardi Gras traditions.

These sections, narrated by NOLA resident John Goodman, are educational but never draggy, symbiotically working with the recording session footage to illustrate the history being discussed. But the film’s greatest strength is its unabashed sentimentality. The look on these artists’ faces – their obvious pleasure in being in the room with their heroes, making great music? It’s not just good on the ears; it’s good for the heart. 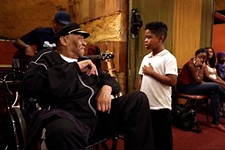 Take Me to the River
Memphis and Stax Records music artists from an earlier era mentor a younger generation in this ambient documentary.

Take Me to the River New Orleans, Martin Shore