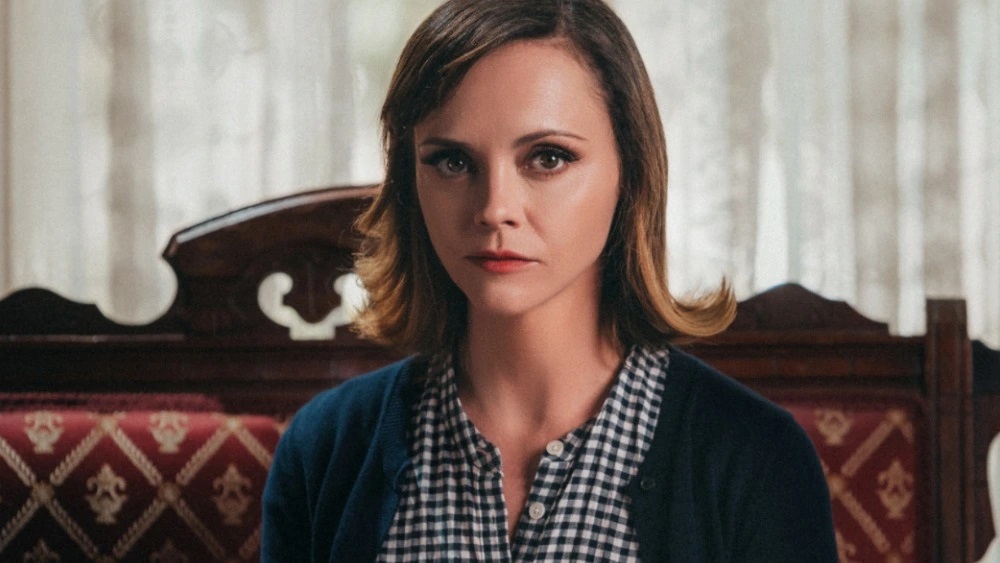 Monsters are often metaphors – for trauma, for guilt, for grief – and that’s definitely true in Monstrous. Midcentury-modern mom-on-the-run Louise (Ricci, sporting a Marlo Thomas flip) definitely has her hands full dealing with the muck monster that’s trying to abduct her son (Barnard). Or maybe it’s a water spirit. Or a ghost. Or just some CGI splodge. Working out exactly which it is seems like more effort than this decidedly un-spooky supernatural drama deserves.

Set in a semimythical, 1950s, Californian sub-suburbia, why Monstrous is a period piece is a bit of a mystery for much of its story, other than it meaning that Laura gets to drive an absolutely cherry ’57 Chevy Bel Air teal-and-white station wagon, and for production designer Mars Feehery to sort through thrift stores for some exquisite atomic-era props. Monstrous’ locations look pretty, even if Senda Bonnet’s cinematography rarely does much to emphasize the interiors. That said, her exteriors, especially her salmon-tinged sunsets, are often gorgeous, a pastel-tinged recreation of 1950s coffeetable magazine ad art promising a great, big, beautiful tomorrow.

But as a story, Monstrous feels like a poor imitation of more nuanced psychological creature features. It has neither the gory darkness of Antlers, the fairy-tale heart of A Monster Calls, nor the captivating depth, visual flair, or psychological weight of its most overt influence, The Babadook. Director Chris Sivertson is probably best known for his collaborations with Lucky McKee, including both the original and their own remake of All Cheerleaders Die and their Lifetime thriller Kindred Spirits (plus he’s put the shadow of the ill-fated Lindsay Lohan vehicle I Know Who Killed Me far behind him). Recently, he’s made a niche for himself in the fertile soil of made-for-cable thrillers, and productionwise Monstrous never rises far above that budget bracket and those aspirations.

What really drags it down is the wafer-thin script by Carol Chrest, which neither Sivertson nor a determined if sometimes overblown Ricci can pull past its messy metaphor and undeserved twists. It’s a mystery box with transparent sides, its supposedly character-shattering revelation managing to be underwhelming, predictable, and slightly nonsensical, all while digging some oddly impressive plot holes. Sigh. That Bel Air, though … 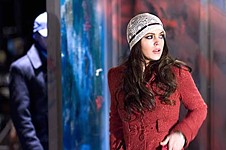 I Know Who Killed Me
Lindsay Lohan knows there are fates worse than her current legal quagmire – starring in this clunker, for example.