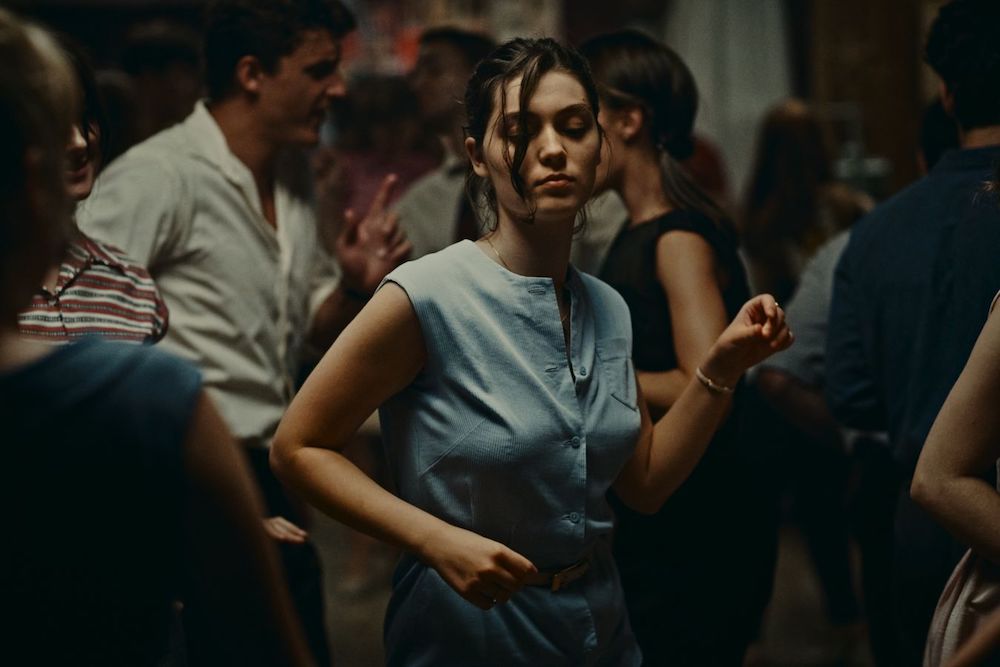 The present U.S. release date for Happening could not be more fortuitous. This award-winning French film details the personal journey of a young university student in 1963 who seeks to end her unwanted pregnancy. Abortion was illegal in France in 1963, just as it was in the United States at that same point in time nearly 60 years ago. And now that the future legality of abortion is under dire threat stateside – a threat that has become more pressing and probable in only the last couple of weeks – Happening could not find a better moment to launch on our screens. Happening may be a period study, but the film may hold greater value as a glimpse of the future. No matter how pertinent its subject matter, however, Happening would have little lasting value were it not also a smart, engaging, and well-made film.

Anne (Vartolomei) is a bright and promising university student who lives in a girls’ dorm in 1963 France. As much as she likes and wants to pursue a life of the mind, Anne also admits to carnal desires. When she finds herself pregnant, she instantly grasps that single motherhood would mean an automatic end to her academic career. She knows that it’s possible to terminate a pregnancy but the means to obtain that information or service is beyond her grasp. The film allows us to join her as she makes attempt after attempt to achieve her goal. Seen mostly from Anne’s point of view, Happening is an immersive and sometimes graphic experience.

Initially, Anne goes to a doctor who rebuffs her pleas to “Do something!” In fact, the physician goes out of his way to thwart her desires while seeming solicitous. Then she turns to a worldly male friend who she suspects knows other women who might be able to offer referrals, but he, too, takes advantage of her situation. Anne’s two best friends declare her plight to be none of their business, since aiding and abetting her crime could threaten their own futures as well.

Resourceful Anne turns to medical books in the library before taking her mother’s knitting needles and attempting to self-induce. A second doctor tells her to accept her fate because she has no choice. The whispering grapevine eventually yields the phone number of an illegal abortionist, and we go through that cheerless experience with Anne. Meanwhile, the passage of time is marked on the screen as each successive week slips by. It’s the inexorable ticking of another kind of biological clock.

Based on a memoir by Annie Ernaux, Happening is remarkable for its first-person depiction of the panic and desperation of a young woman carrying an unwanted pregnancy. Moreover, the film is remarkable for its depiction of a determined and unflinching female protagonist who refuses to accept her predicament as her deserved fate. A few years later in 1966, a character in Jean-Luc Godard’s Masculin Féminin would describe this generation as “the children of Marx and Coca-Cola.” Maybe that should be updated to “the children of Marx, Coca-Cola, and reproductive freedom.” 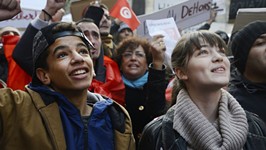 Infinite Storm
Survival drama is epic, even if the story feels small