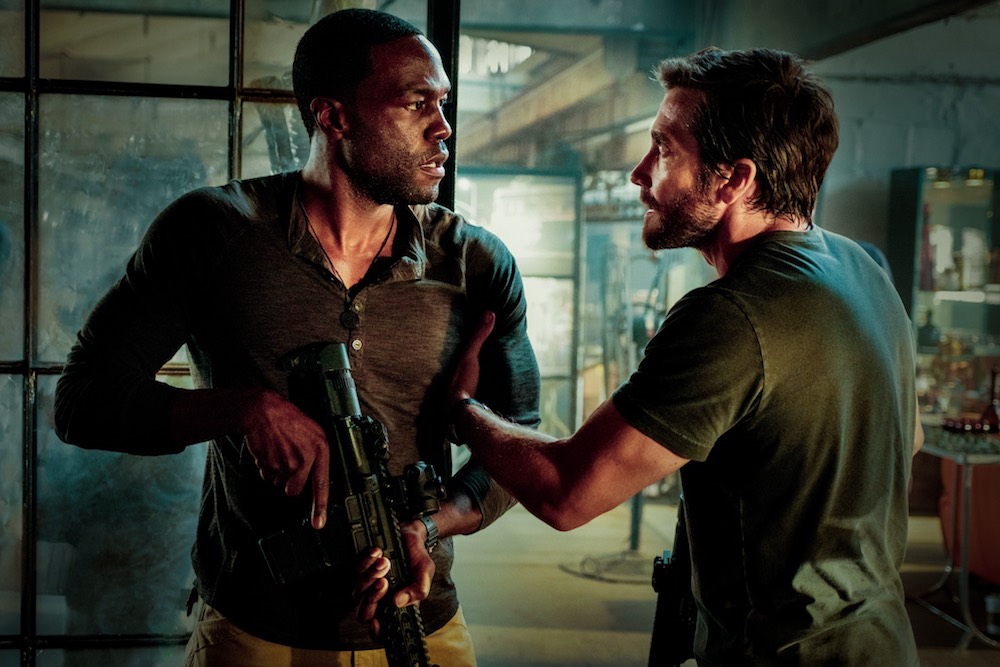 There’s one thing Michael Bay isn’t and that’s subtle. Like not even a little bit. He wants you to know you’re watching a Michael Bay film. Is his style distinct in any way? Well, not in a good way, that’s for sure. So, yeah, Ambulance. It’s a Michael Bay movie in that it’s a masturbatory kaleidoscope of car crashes, shoddy editing, and corniness. You don’t need anymore plot synopsis.

Was Ambulance supposed to be a love letter to Los Angeles, as adoptive-brother crooks Danny (Gyllenhaal) and Will (Abdul-Mateen II) careen around the city of angels in a stolen ambulance with a cop (White) and paramedic (González) as hostages? Because it was more like one of the paper fortuneteller games you played in grade school where instead of being told, “You’re stupid,” you get punched in the face whenever you open up a flap. I’m born and raised in Southern California and even I couldn’t follow where that ambulance was going.

I’ll tell you, it’s a Michael Bay movie in that it’s soooo long. My goodness is it long. It clocks in at 136 minutes but, man, you feel every one of those last 36. Had Ambulance only been 90 minutes (or even 80, like the 2005 Danish movie of the same name that Bay is remaking here), it would’ve made the movie so much better. Well, okay, Bay would’ve had to have shaved off 36 minutes and made the editing make sense for it to be that much better. There are so many stupid decisions made by the cops that were clearly written so that the movie could just keep going and going. Honestly, the guy running the operation (Dillahunt) would push his cops in on the ambulance and then pull them back out again to give them a breather. It’s like, was … was Michael Bay actually trying to edge us? Just end it already!

Then again, it’s a Michael Bay movie in that the three leads are all pretty great. Gyllenhaal eats every piece of scenery he can find and rips it from his teeth. And looks good doing it. Abdul-Mateen II and González did a lot with what they were given. There was chemistry between all three, thankfully, or this would’ve felt even longer. Look, I can’t even pretend like Ambulance is great movie. I can’t even say it’s good, but, and it’s a really big but here, I can say for more than half of the run time, I was entertained. If you want Michael Bay to take you to the edge and back a few times (too many), you’ll probably want to see this yourself.