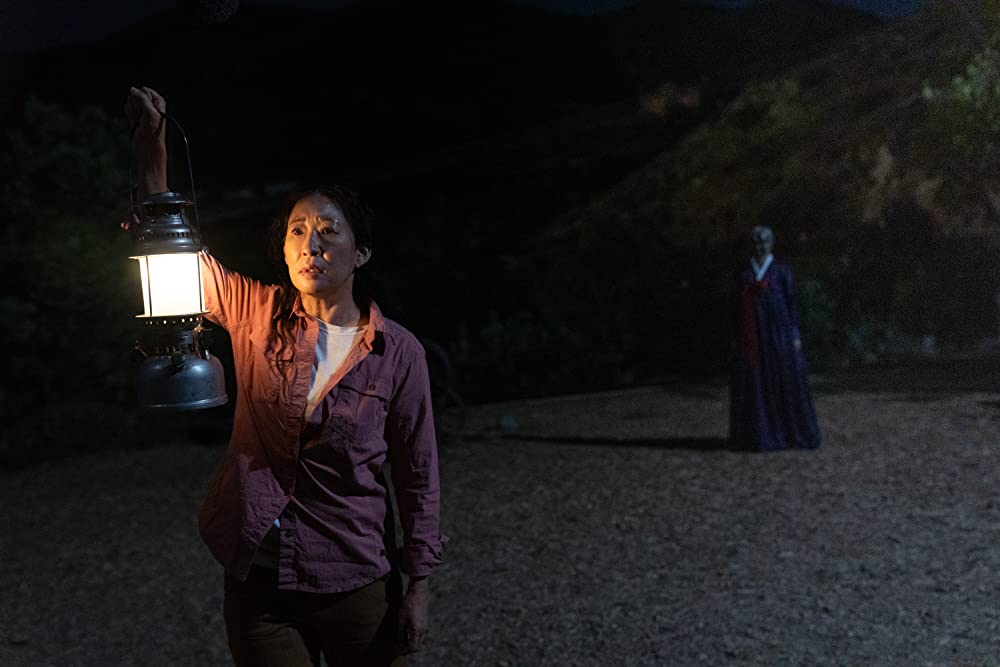 Sometimes the scariest ideas are simple: What if, after years of actively trying not to, you become your mother? In Umma, Sandra Oh plays Amanda, a beekeeper who lives off the grid with her daughter, Chris (Stewart). Amanda desperately tries to have a healthy, loving relationship with her daughter to make up for the abusive one she had with her own mother.

Based off of Oh’s incredible involvement, both as the lead and as a producer, Umma should be a hit. However, there’s something that never clicks throughout the film, which is an unfortunate disappointment. Iris K. Shim’s script is predictable and only surface-level, never really digging deep into the weight of the generational trauma Shim desires to explore. Potentially exciting elements, like Amanda being scared of electricity, feel like they are thrown haphazardly into a blender.

Like many Sam Raimi-produced films, there’s a staleness to the filmmaking with nothing particularly memorable as a sensory experience. Shim’s direction feels trapped somewhere in the late 2000s, a bit too digital and flat. None of the numerous jump scares land, and visually Umma is bland and middling. The lighting is terrible, a combination of blacks, blues, and beiges intended to produce an eerie look, but the end result kind of just looks monotonous and dull. The music – a constant screech of sharp, harsh strings – is overplayed in an attempt to raise the intensity.

There is a lot of heart in Shim’s script, though, which does make it a bit watchable. Oh’s and Stewart’s mother-daughter chemistry is sweet, even though their characters aren’t given a lot of depth. Quieter moments when they’re reading a book together, or Chris comforting Amanda during a lightning storm, feel genuine and lovely, because both actresses are so natural with each other. It’s disheartening that their characters are so plastic, underdeveloped, and given clunky expository dialogue.

A common issue with a number of recent horror movies is this idea that the subtext needs to be at the forefront of the film, making it text. There’s nothing to unpack when the film tells you exactly what it wants you to take away from it, nothing engaging that keeps you on your toes. Umma has this problem: Shim never lets her audience experience Amanda’s grief and trauma, and instead has her characters guide the story by monologuing their thoughts and feelings without much depth or nuance. In addition to the lack of levity throughout the film, Umma feels like a drag, with its only saving grace being the short run time.

There are so many interesting components of Umma that never click, wasting a completely original idea on banality. Horror movies are allowed to be fun, but instead Umma feels like you’re being talked at for its entirety, a hackneyed approach to what could have potentially been a cool addition to North American mainstream horror. 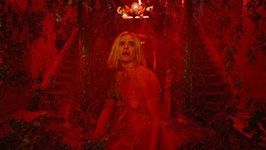 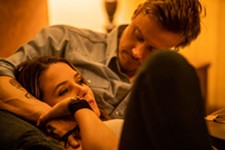