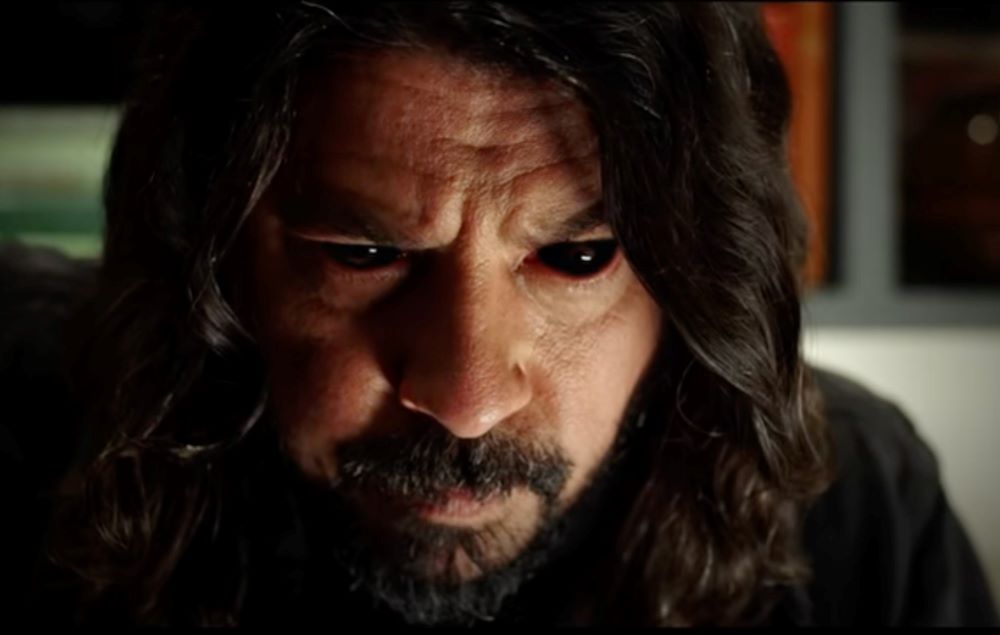 When Dave Grohl sang, “Feel it come to life when I see your ghost,” in the song “All My Life,” he probably never imagined he’d be fighting demons and ghosts in a horror-comedy nearly 20 years later. Following the production of their 10th studio album, Medicine at Midnight, the Foo Fighters filmed an Evil Dead-style romp in the same house in which they recorded their most recent album. Many projectile vomit gags later, Studio 666 is the rock band’s addition to the long tradition of self-aware band movies.

Studio 666 is peppered with horror movie references – from The Shining to Tucker and Dale vs. Evil, a melting pot of the big hits on which any casual fan of the genre can feast. Grohl is the leader of the film in the same way he’s the leader of his band – his eccentric and positive personality permeates the film, where the rest of his bandmates are presented as strange one-note stereotypes, like keyboardist Rami Jaffee being a raging horndog and rhythm guitarist Pat Smear being oddly snack-obsessed (usually in the form of constant product placement for Doritos). Although Grohl’s candor is genuine, the film largely relies on his character hitting a number of rock tropes that have followed him around since his Nirvana days.

Grohl plays an egomaniac, obsessed with this 10th studio album being big, making his fellow members miserable as they trudge through writing a 45-minute-long song in a spooky house where a band called Dream Widow died decades before. The film itself is scattered, grasping at the straws of old music industry jabs, like explicit anti-Big Label sentiment and oddly placed snarky Coldplay insults. Studio 666’s silly, light, and occasionally fun but dated remarks on the music industry are more Spice World than A Hard Day’s Night, an unfortunate setback for a film that’s intention is to entertain.

It’s not that Studio 666 was expected to be a burst of creativity and originality, but most of its jokes fall flat because they’re re-recycled from the many films that came first. Sacrificial raccoons on the wall of a basement would feel a lot cooler if the entire scene wasn’t the same cabin-in-the-woods formula that’s been rehashed to death. These tropes also attempt to carry the film, creating a blunder of a finale that largely makes no sense and wastes newly minted scream queen Jenna Ortega.

The Foo Fighters are a rare band that has maintained a roughly decent amount of relevancy decades after rock ruled the music industry. Their self-aware horror-comedy is a sweet ode to their ride, but where Medicine at Midnight brought them a nice wave of good praise, Studio 666 feels like a dud – a horror movie with no good hooks and a rock & roll film that lacks the bombastic energy that’s ever present at the band’s live shows.