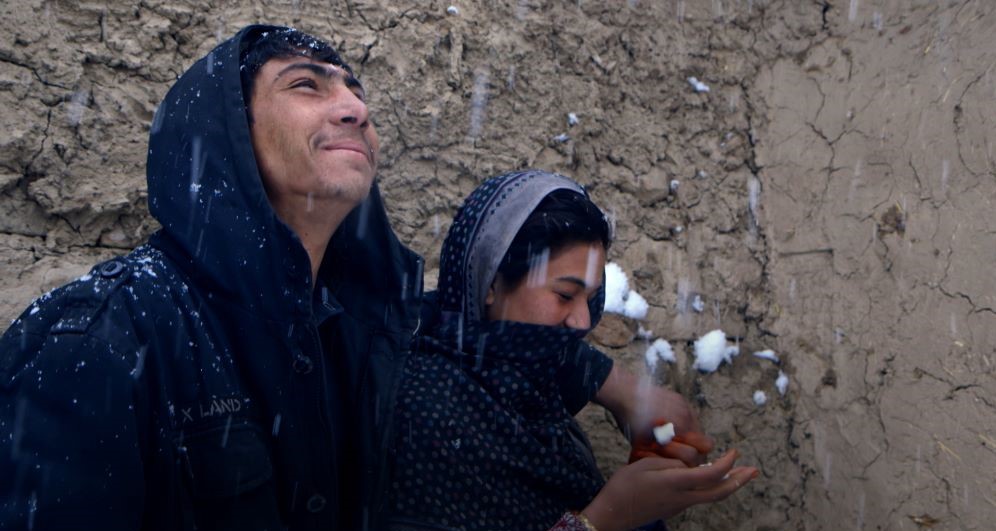 While there may be surprises among the other categories of Oscar nominations this year, the five entries in the documentary shorts group cover familiar thematic terrain. Whether it is humanizing social issues, spotlighting unsung heroes, or examining the ripple effects of past trauma, this collection leans more toward tugging the heartstrings rather than wrenching them. And that is perfectly fine. No one should look to the homogenous Academy for anything other than the status quo. All perfectly fine. But also: cautious and dull.

Overcoming obstacles is the sustenance of sports documentaries, and in director Matt Ogens’ “Audible” it is recovering from loss. The Maryland School for the Deaf high school football team has just suffered its first defeat in more than two seasons. Young athlete Amaree McKinney and his friends are also grappling with the suicide of Teddy, a close classmate who had recently transferred out to a “hearing” school and was mercilessly bullied for his deafness and sexuality. Ogens captures all the poignant moments that swirl around this story as the approaching homecoming game amasses emotional weight.

For Lusia “Lucy” Harris, the subject of Ben Proudfoot’s stirring portrait “The Queen of Basketball,” the obstacles surpassed were countless. Born in the rural Mississippi Delta in 1955, the 6-foot-3-inch African American woman came to dominate women’s basketball in the Seventies, garnering so many firsts that sports associations didn’t know what to do with her (the WNBA wouldn’t be founded for another 20 years). Harris is at turns lively, humble, and wistful, which makes the societal inequality she faced her entire life feel all the more bitter.

Following a handful of people experiencing homelessness along the West Coast (Seattle, San Francisco, and Los Angeles), “Lead Me Home” by Pedro Kos and Jon Shenk evokes a similar bitterness as they juxtapose the lives of the haves and the have-nots as they awake to begin their day. Through interviews and fly-on-the-wall depictions, the through line here is a perennial one: the need for shelter, the need for human contact, the need for recognition. The reality is that slipping through the cracks often seems like a natural progression, or as one subject says, “You gradually get into an extreme position, and it doesn’t feel extreme.”

For Shaista, those cracks loom large in his vision, but he’s determined to do something about them. The subject of Elizabeth and Gulistan Mirzaei’s “Three Songs for Benazir,” Shaista and his expectant wife Benazir live in a war displacement camp outside of Kabul, Afghanistan. Shaista is dead set on joining the National Army, and adamant about not returning to work in the poppy fields. But his family refuses to sign the required paperwork. The young couple’s sweet affection for each other and Shaista’s general affability draw us in, but it’s clear the film has a firm grasp of the rug it’s about to pull. This is easily the highlight of the nominated films.

But no doc shorts category would be complete without the inclusion of a personal documentary. Enter filmmaker Jay Rosenblatt, who has been creating experimental, collage-based work for more than 25 years. In “When We Were Bullies” he revisits a memory from his past that has continued to haunt him: taking part, along with the rest of his fifth-grade class, in an episode of mass harassment of which Shirley Jackson would be proud. It’s a thoughtful, at times poignant, examination of the impact the event had – or more pointedly, didn’t have – on the various participants and, of course, on the filmmaker himself. Once again, to belabor the point, it’s perfectly fine. All these films are. But they’re also quite safe, these stories that would not be out of place on the car radio, half-heard while driving to yoga class. If NPR producers curated a film program, this would be it.