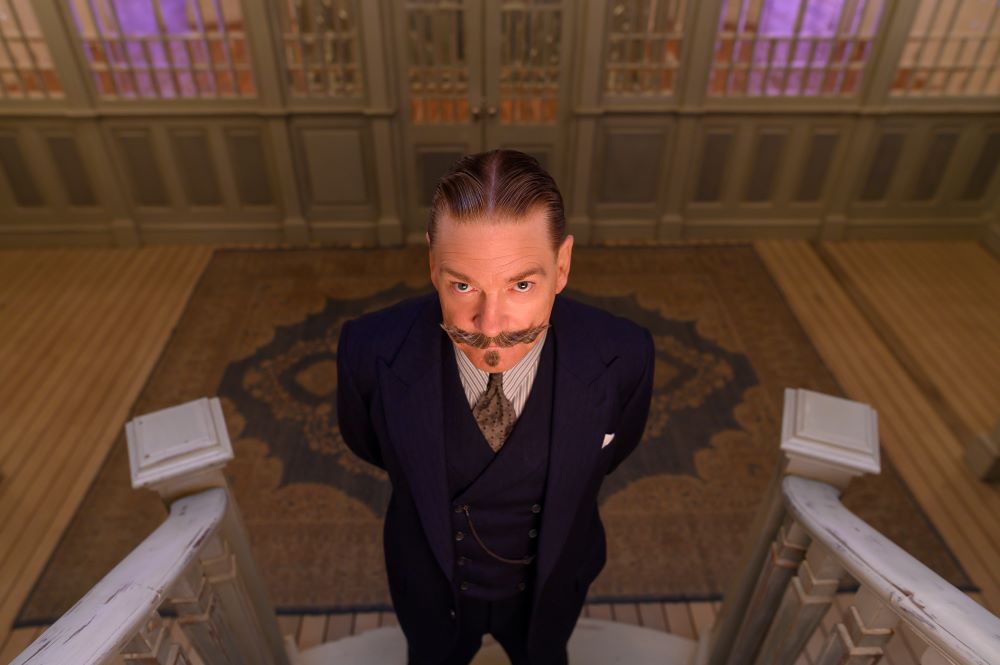 Death on the Nile

Who knew that ridiculous moustache hovering above the upper lip of Belgian detective Hercule Poirot could have a backstory? In this adaptation of Agatha Christie’s 1937 whodunit Death on the Nile, directed by and starring Kenneth Branagh in the role of Poirot, the sleuth’s flamboyant mouser looks like a hairy winged insect about to take flight. Christie delighted in describing her iconic character’s luxurious 'stache as “gigantic” and “immense” in the 40-plus novels and short stories in which he appears, but she used it solely as an adornment to further emphasize her Sherlock’s eccentricity. Here, screenwriter Michael Green concocts a pragmatic raison d’être for the absurdly styled facial hair, one that humanizes the cerebral Poirot beyond the fussy oddball of past portrayals. Remember Albert Finney’s persnickety turn in the otherwise classy 1974 film version of Christie’s theydunit Murder on the Orient Express? Branagh previously played the mustachioed detective in his lackluster 2017 adaptation of that same novel, but this sophomore effort affords him the opportunity to again perform the role as though that misfire never happened.

In imagining a buried romantic past for Poirot in the context of a murder mystery sullied by the dark machinations of love, this rejiggered adaptation of Death on the Nile (forget the snoreworthy 1978 version) invokes an unexpected sadness as the story of that moustache comes full circle. But not before Poirot’s little gray cells struggle to crack the shipboard shooting of a young heiress (a glamorous Gadot) honeymooning on a Nile steamer, a homicide that ripples with even greater tragedy as it remains unsolved. At first, you fear this uncharted emotionalism may undercut the delicious pleasures of Christie’s clever plotting, this one being a particularly nifty stumper, but in the end, it subtly enhances the film without being pretentious.

Admittedly, it takes director Branagh a while to get the paddles turning in the setup preceding the bride’s murder, and the movie occasionally feels a bit dead in the water against a backdrop of backlot CGI during its early scenes. (A later sequence set at the tombs of Abu Simbel looks much more realistic.) But once he hits his stride before the third act, the movie gets a shot of adrenaline mixed with heartache, culminating in a chilling the-killer-is-in-this-room denouement that will shock even those already familiar with the specifics of Christie’s storyline. The cast of characters is a predictable mixed bag of types updated to include persons of color, but Branagh eschews an all-star approach in filling those roles in his pursuit of something other than pomp and circumstance. While some of the actor-suspects register more strongly than others (Mackey and – surprisingly enough – Brand are particularly good), the presence of the seemingly canceled Hammer, in the role of the handsome groom who swiftly marries into wealth only to become a widower just as suddenly, will undoubtedly draw some unwanted attention. Originally set for a fall 2019 release, the theatrical arrival date for Death on the Nile was periodically extended due to production delays, followed by the COVID pandemic, and finally in reaction to highly publicized accusations against Hammer relating to past sexual misconduct. While the role is tailor-made for him, slipping British accent notwithstanding, it’s a little like watching a ghost onscreen, possibly dead before his time. 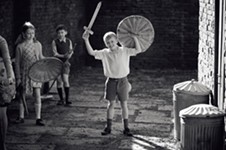