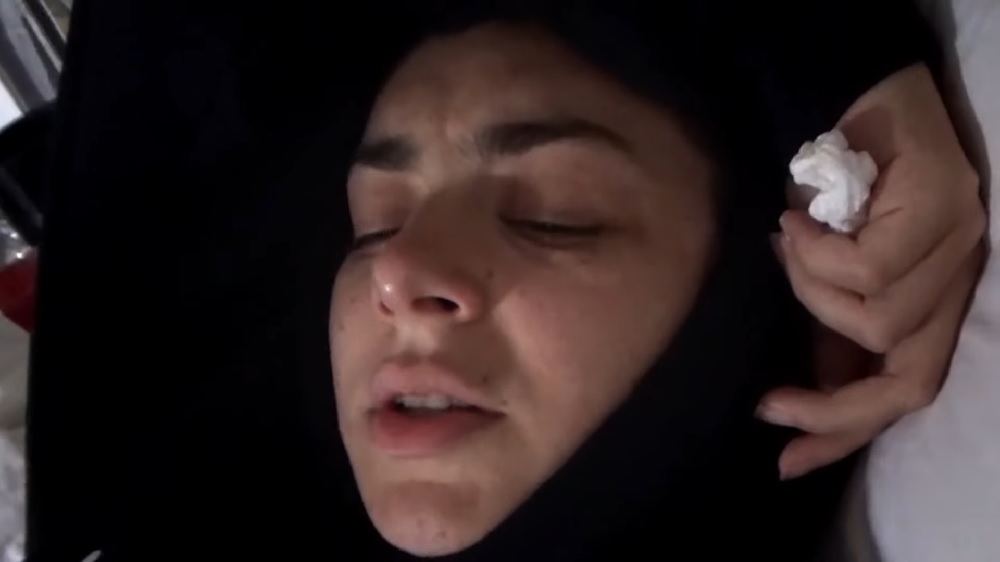 It’s been almost a year since Charli XCX’s succinct COVID-laced documentary Alone Together made waves at Soth by South West’s first virtual festival. The indie-pop star’s tight 67-minute film focuses on the creation of her collaborative hyperpop album, how i’m feeling now, which had a unique fan-involved construction and rollout. During the process of making the album, Charli hosted Zoom parties that brought her unique fan base together in a time when people were feeling their most vulnerably lonely to discuss the album-making process, and at the insistence of directors Bradley Bell and Pablo Jones-Soler, she documented it.

Charli XCX is a woman who never stops: a mastermind behind a waterfall of pop hits that flushed out the sound of dance clubs in the 2010s. (What millennial hasn’t bopped to “I Love It” by Icona Pop or shouted along to “Fancy” by Iggy Azalea in the flashing neon lights of a rundown nightclub?) But for the first time in nearly a decade, the pandemic forced the beloved musician and songwriter to slow down, something she wasn’t used to. What makes Charli XCX such a great indie-pop idol is the absolute pleasure she gets connecting with her fans, the self-proclaimed “Angels,” and her willingness to create a deeper relationship with them, to reward the ones who offer her so much.

The shutdown of concert venues at the beginning of the pandemic felt like the end of the world. It’s a space where likeminded people can get together, listen to their favorite song, sing along with strangers who were moved by the same lyrics – the loss of this space was heavy for some. For Charli’s Angels, it also meant losing a community of LGBTQIA friends and allies that made the world feel a little less shitty from time to time. Alone Together is just as much about the fans' grieving over lost social connection as it is Charli’s, but from this devastation a new project bloomed, where Charli could truly bond with her fans, and bring them together to formulate bonds at a time when loneliness permeated everyone’s day-to-day.

Alone Together offers up a more vulnerable Charli to her Angels. She shares her insecurities, like how she doesn’t find herself attractive, and that she wishes she could sing better, all of which flared up frequently and aggressively during quarantine. Mental health checks with her fans became important and encouraged them to do the same. Through the creation of music, Charli brought light to the darkness of monotony and isolation, and fashioned a safe space bursting with love and creativity. The documentary’s sugar rush display of healthy fandom is a rarity, giving the film legs outside its pandemic novelty.

Available on Hulu and VOD now.