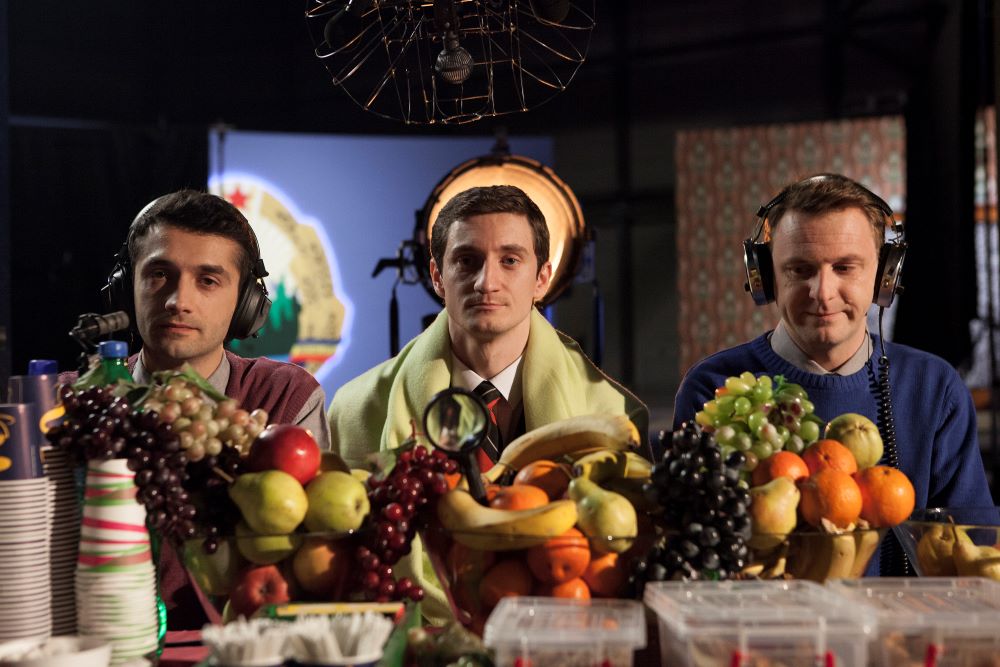 Mugur Călinescu was a pretty typical teenager growing up in early Eighties Romania. Living with his mother in the city of Botoșani, the 16-year-old high school student enjoyed hanging out with his friends, listening to music, and developing a newfound political awareness. Under the dictatorship of Nicolae Ceaușescu, post-Stalinist Romania was in the midst of “velvet totalitarianism,” and in a steep economic decline. The only culture consisted of state-supported communist propaganda, and Ceaușescu’s vast army of secret police, the Securitate, were quick to quash anything remotely resembling dissent. And in the autumn of 1981, after a summer of listening to the forbidden dispatches from Radio Free Europe, Călinescu spent some time on his nightly walks (prescribed by his doctor to treat his asthma) rebelliously writing anti-government slogans on fences and the sides of buildings. This graffiti, urging solidarity with Polish worker unions and decrying the lack of hot water and, well, freedom, prompted a massive investigation by authorities.

Using the Securitate’s exhaustively detailed transcripts of Călinescu’s case, playwright Gianina Cărbunariu created the avant-garde “documentary play” Uppercase Print, which is now a “documentary film” by director Radu Jude (Aferim!, Bad Luck Banging or Loony Porn). Jude films the play on six minimalist sets in an inverse theatre-in-the-round, with the actors delivering their lines mostly to the camera. Adding to the Brechtian alienation are the lines themselves: recitations of the various testimonies and reports spoken in a dispassionate, monotone tenor. But brilliantly layered into Călinescu’s story is a larger portrait of that period in Romania, as Jude splices in archival footage from state-run television programs of the time, building a dizzying kaleidoscope of juxtapositions. As the Securitate analyzes 30,000 handwriting samples and sets up endless surveillance details, school children sing of the indestructible solidarity of Romania and news reports tout the urbanization of Bucharest. It’s the prod and pull of ideology, of propaganda, and what emerges is a radical way of looking at the shifting illusions of history.

Călinescu was apprehended a couple of months later, and subsequently marked as a subversive for his “hostile inscriptions.” Four years later he was dead; whether by illness or poison remains unclear, although it doesn’t take a lot of mental gymnastics to land on the sinister end of things. Political suppression was the name of the game, as Securitate agents point out in later interviews, the actors framed in an absurd “Last Supper at Craft Services.” But Jude and Cărbunariu have brought Mugur Călinescu back to life, and woven him into a complex tapestry that reveals a country’s history as a most fragile trompe l’oeil. 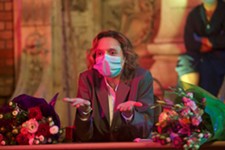 "I Do Not Care If We Go Down in History as Barbarians"
...