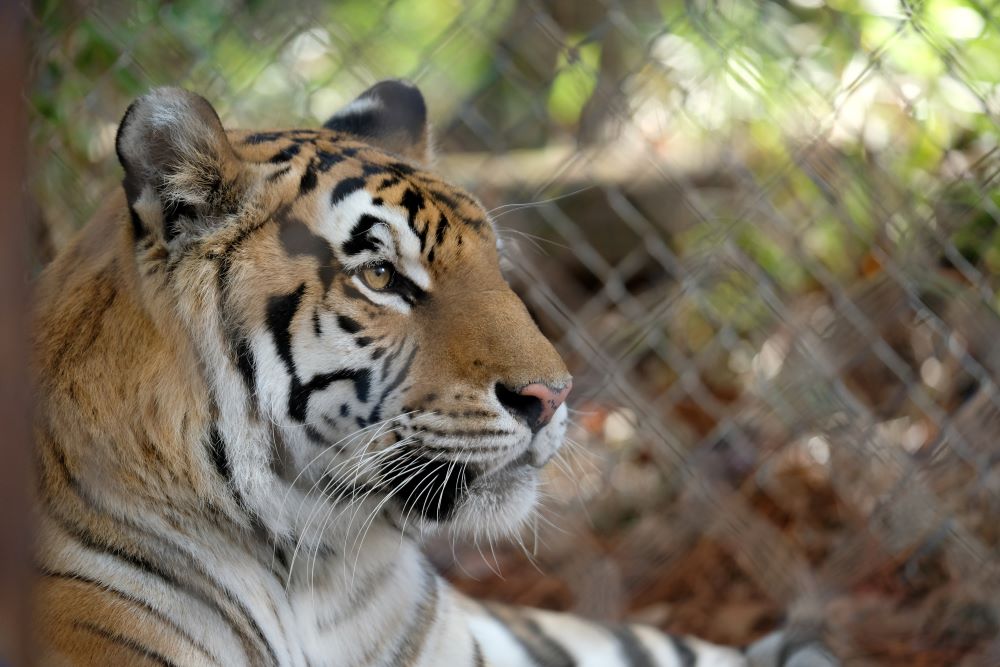 Metaphors about the emotional cages in which we sometimes enclose ourselves are heady stuff for a family movie. Based on the popular 2001 children’s book by Newbery Medal-winning author Kate DiCamillo, The Tiger Rising is a fablelike tale about unlocking those cages and setting yourself free, a fairly sophisticated lesson that youngsters may not fully grasp, though they’ll likely be fascinated by the captive Bengal tiger at the center of the story. He’s a magnificent beast. Just ask the late 18th-century English poet William Blake, who’s smartly quoted here.

Set in the rural Florida Panhandle, the film focuses on two psychologically damaged fifth-graders who form an unlikely bond of friendship based on their outsider status at school: Rob (Convery), a quiet and polite Southern boy, all “yes sir” and “no ma’am” and haunted by the recent loss of his mother (McPhee), and Sistine (Mills), named after the chapel in a running joke of sorts, an angry child of divorce newly relocated to the South who wears her heart on her sleeve. Rob is bullied by his classmates because they can — a dermatological condition on his lower legs, prompting name-calling like “Leprosy Boy,” doesn’t help — while Sissy (a nickname she responds to when convenient) randomly picks fights with others. The two find comfort in their burgeoning relationship with the maternal Willy May (Latifiah, soothingly good here), the housekeeper employed at the roadside motel where Rob and his broken-down father (Trammell) reside. When Rob takes Sistine to the woods to show her the caged creature he’s secretly feeding at the request of the motel’s sleazy owner Beauchamp (Quaid, in amusingly runty rooster mode), her first impulse is to emancipate the animal, but Rob initially resists. What ultimately transpires may be difficult for a parent to adequately explain to a child, particularly if it doesn’t make a lot of rational sense to the adult.

Director/screenwriter Giarratana occasionally summons up a lovely moment, although the overall tone is inconsistent. Rob’s flashbacks to those happier times when his mother still lived eventually feel Hallmark treacly, with an angelic-looking and unrecognizably blonde McPhee his possibly idealized manifestation of the dead parent. But the brief sequences in which Rob’s fanciful imagination briefly comes alive, as when a sketched tiger stretches out on the page or a whittled wooden parakeet slightly flutters in his hand, give the movie a sweetly mystical sense, though one not convincingly incorporated in the last act. What Giarratana convincingly achieves throughout the movie, however, is Rob’s deep sadness and loneliness, abetted by Convery’s sensitive turn. Whenever the kid resignedly reaches down to scratch the rash on his reddened shins, your heart goes out to him. While it’s unclear why and how he and the more despondent Rob Sr. have economically tumbled down to a life at the Kentucky Star Motel this side of homelessness, no explanation is really needed. Convery’s performance says everything that needs to be said. 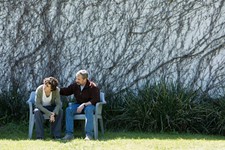