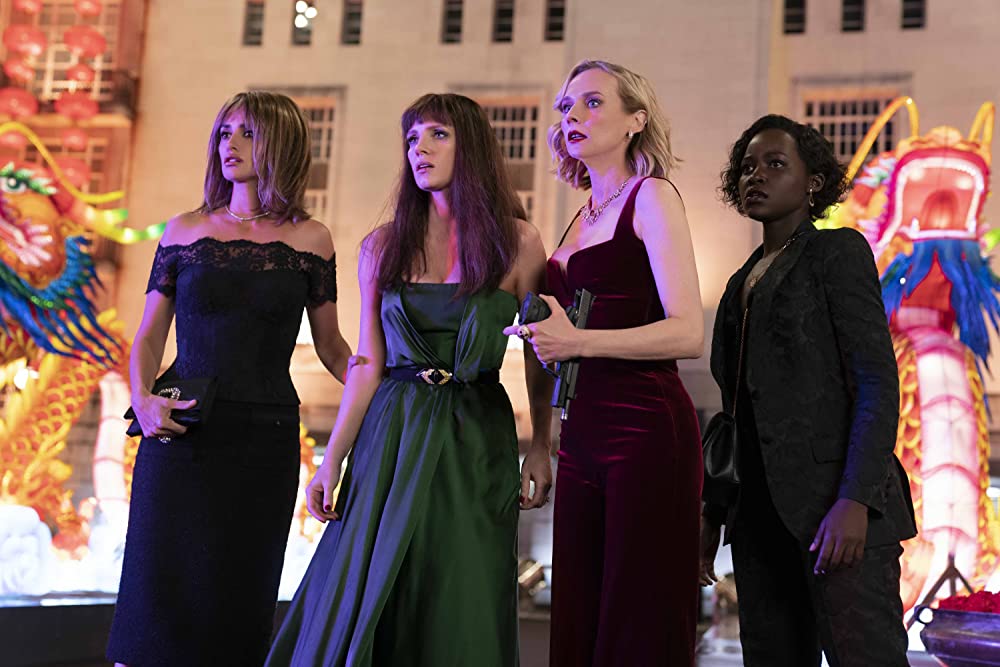 Doggedly mediocre actioner The 355 is the cinematic equivalent of gathering together Formula 1’s finest drivers and tossing them the keys to a Yugo. With two Oscar wins and four Oscar nominations between them, Jessica Chastain, Penélope Cruz, Diane Kruger, and Lupita Nyong’o are gonna do some pretty nifty work with a Yugo. Still, actors this capable deserve better gear.

Star and producer Chastain’s instincts were right at least when she pitched the idea of an all-female spy film (yes! please!) to director Simon Kinberg (Dark Phoenix). Chastain plays Mace, a CIA operative sent to Europe to intercept a device intended to wreak havoc on the grid. The specifics don’t much matter – the device is just the bouncy ball everybody’s gotta chase across continents – but now’s as good time as any to point out The 355 utterly fails as a convincing spycraft picture.

Mace’s mission puts her in the path of a German field agent (Kruger), and then a British tech expert (Nyong’o), and so on. An aside here on a movie not delivering on the trailer’s promise, or premise: The assemblage of this international team doesn’t happen as cleanly or as quickly as the movie trailer suggests, and those waiting for the title to be explained – as it is in the trailer – will be awfully surprised when the reveal is curiously delayed until the very last scene of the film.

The cast doesn’t have a ton with which to work. Backstories mostly boil down to the spies’ field of expertise and what they have to lose if the situation goes sideways, and the script is sodden with genre banalities like “You’re good at everything ... except taking orders.” (Kinberg shares screenplay credit with Theresa Rebeck, creator of NBC's Broadway soap Smash.) But through sheer force of charisma, they make these characters distinct and compelling, and they carry the film through an egregious third-act swerve in tone. Cruz in particular brings a terrific nervous-mom energy to her role as a Colombian psychologist unqualified for all the gunplay. (If there’s any justice, Cruz will nab another Oscar nomination playing a more chill mom in Pedro Almódovar’s upcoming Parallel Mothers.) All four of the leads – and Chinese superstar Fan, a later arrival – deliver full-bodied performances. Stunt performers are certainly in the mix, but they all appear to be doing at least some of the ass-kicking themselves.

Much ass-kicking is to be had, as the action skitters between London, Paris, Marrakesh, and Shanghai – a good chunk of it shot on a soundstage in England, convincingly dressed by production designer Simon Elliott. Also dressed immaculately? The entire cast, courtesy of costume designer Stephanie Collie, whose precise work helps clarify the characters and whose playful eye puts Chastain in a damn fedora. To repeat: Yes! Please! The film could use more of that chutzpah.