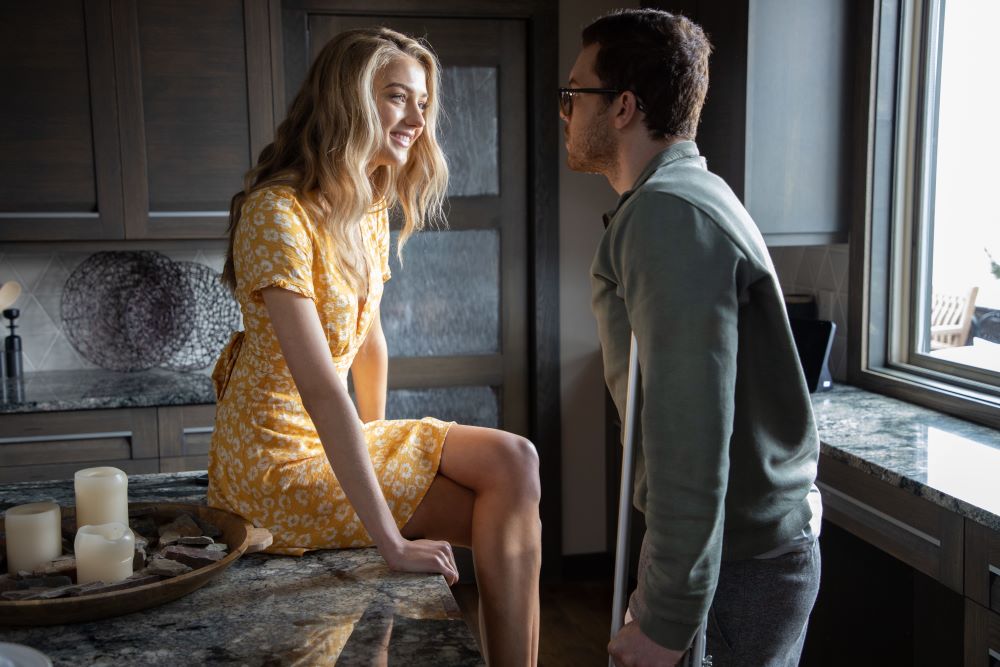 Shattered seems to be a perfect rebuttal.

Director Luis Prieto gained underground indie acclaim for his London crime flick Pusher but since then has turned his eye to mediocre thrillers like the-plot-is-the-title Kidnap. In this case, title Shattered refers to what happens to the leg of tech millionaire Chris (Monaghan), leaving him at the tender mercies of his one-night stand, former model/cocktail waitress/sword-wielding crazy killer Sky (Krug), who moves in as his nurse when he gets beaten up in a back alley.

It takes about five minutes for the audience to work out that Sky is a malevolent home invader, which is about half an hour before Chris gets clued in. That allows time for a couple of very brief and demurely shot softcore scenes as prelude to Sky grinning and murdering and torturing in her quest to steal everything away from Chris in his mountain lodge.

The great erotic thrillers, the Body Heats and Fatal Attractions, depend on friction between the leads: first sexual, then the thrill of the hunt. Chris and Sky have all the tension of a pool noodle, and the only real entertainment here is to be derived from John Malkovich as Sky’s scummy landlord. A real contender, alongside Jared Leto’s big pantomime performance in House of Gucci, for the year’s most endearing dismissal of any of the filmmaker’s pretensions, Malkovich at least has fun with the limply presented material, over-delivering as a skeezy version of James Stewart in Rear Window, and then flapping and gibbering suitably when Sky catches on that he’s caught on to the scheme. 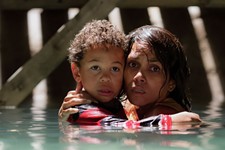