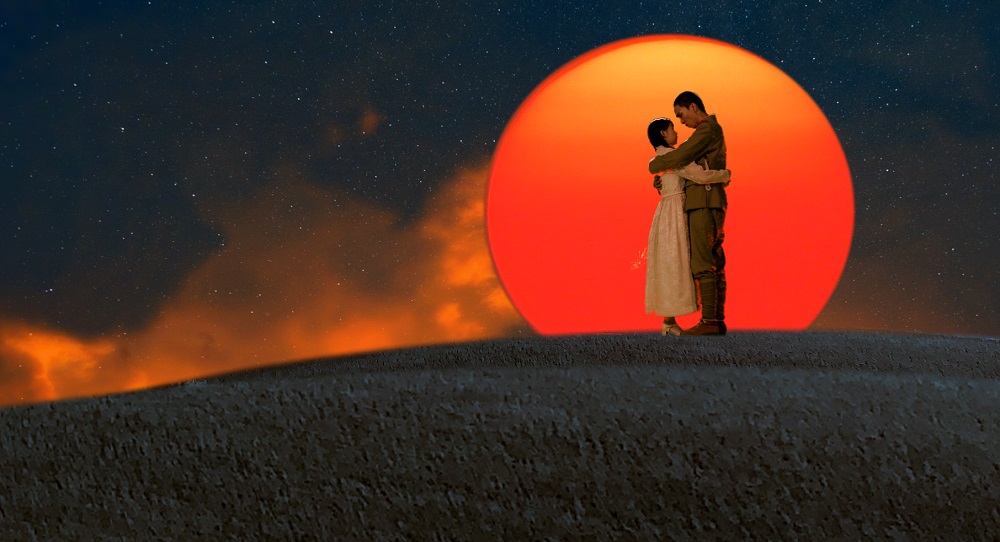 A casual audience might only know Nobuhiko Ôbayashi’s name because of his cult Japanese hit House, but Ôbayashi’s legacy of experimental cinema expands beyond that, a filmography so diverse and bursting with creativity that it’s worth deep-diving into. Ôbayashi wasn’t just a maestro of horror, but a whimsical dreamer, frolicking amongst countless genres and themes, from rebellious and romantic love stories (His Motorbike, Her Island), to his powerful anti-war trilogy (Casting Blossoms to the Sky, Seven Weeks, and Hanagatami).

Ôbayashi shot and edited the epic Labyrinth of Cinema while receiving treatment for lung cancer, and as a result his final film is a majestic ode to the medium he devoted his entire life to, and an optimistic dream for a better future. In this film, a group of movie theatre attendees are transported back in time to key moments of war in Japan’s history – like the final days of Japan’s Edo period and Hiroshima days before the atom bomb terrorized its inhabitants. The moviegoers – film historian Hosuke (Hosoyamada), rough and tough amateur gangster Shigeru (Hosoda), and young film enthusiast Mario (Atsuki) – are all running through these films, chasing down the young and energetic Noriko (Yoshida), who bounces through these cinematic memories.

Labyrinth of Cinema is a kaleidoscope of energy. Wordy, colorful, and romantic, Ôbayashi’s final work combines all of what made him a spellbinding auteur. Bright psychedelic colors contrast classic black-and-white, and green screen layers text and picture in a frenzy that’s distinct to Ôbayashi. His style is playful, an absolute delight to witness before your eyes, dazzling in every meaning of the word. Ôbayashi’s vignettes are iconic, a staple of his oeuvre that makes him one of the most brilliant filmmakers to have ever lived. His pure love for the art form he dedicated his life to radiates throughout Labyrinth of Cinema, a swirling, mesmerizing ode that’s touchingly optimistic.

It’s hard to lose a creative as unique and inspiring as Ôbayashi, but his final feature is a perfect goodbye to the fans of his work. Labyrinth of Cinema’s breathtaking journey through time is a stunning endeavor, as timeless as they come, like much of the master’s work. In addition to celebrating his staple elements, the movie salutes the classics he admired, a treasure trove of references to films like Sherlock Jr. and Kon Ichikawa’s adaptation of the Japanese novel I Am a Cat. Labyrinth of Cinema is a chaotic entanglement of ideas and endearing characters, a sweet departure for the luminous artist Ôbayashi was.