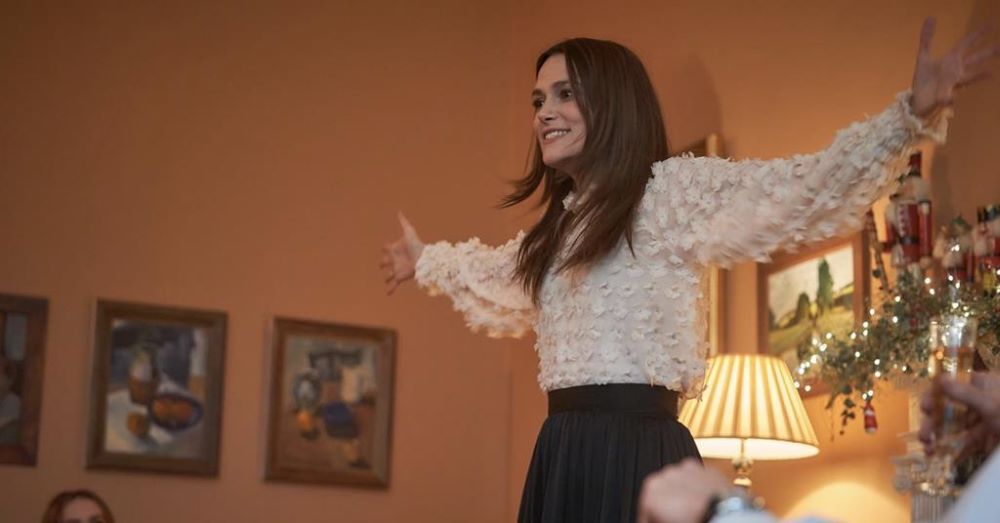 There’ll be a moment, probably around 20 minutes into coal-black dramedy Silent Night, when you’ll wonder exactly why you’re being forced to spend time with a bunch of insufferable upper-class twits and self-obsessed poshos. Then, about half an hour in, you’ll be filled with unbearable compassion for them.

It’s an incredible reversal, but one that writer/director Camille Griffin pulls off – and just in time. After all, Nell (Knightley) and Simon (Goode) seem like the average spoiled toffs, staying at Nell’s mother’s country pile for the holidays, preening and posturing with their slightly spoiled kids, the twins Thomas and Hardy (Gilby and Hardy Griffin Davis) and the precocious and gaunt Art (Roman Griffin Davis, star of Jojo Rabbit, and yes, all three are sons of the director). They’re readying for the arrival of a bunch of old school and college friends, a bunch of equally obnoxious and affluent thirtysomethings, for a big Christmas blowout.

But something is clearly awry, something that plays like big comedy initially (not all of it particularly funny, especially as some of the performances cross the line from “broad” to “braying”). There’s something of the 1980s vanguard of Cambridge Footlights comedy in the interactions, a touch of Absolutely Fabulous and its precursor, French & Saunders. There are also a few played-out conventions invoked, like the obligatory outsider figures (Howell-Baptiste as one of only two Black characters, and Depp as the token American) from this tight-knit community with all their old wants and secrets.

Yet this isn’t some horror-comedy riff on Peter’s Friends, nor does an unexpected explosion of violence transform the party into a British You’re Next. As Pink Floyd once sang, quiet desperation is the English way, and there’s something about to beat down the door so horrifyingly, so remorselessly and unavoidably, that the family and guests throw all the rules out of the window. Well, not all, of course. Maybe the kids are allowed to swear, within reason.

The social satire dissolves into smoke as Silent Night adds a subtle political twist (although it does credit the unseen Conservative administration with far more competence than they have ever indicated), but also a crushing melancholy. It’s a slow document of stiff upper lips beginning to quiver, and while Knightley excels as the perfect Kensington upper-crust mummy, it’s Goode who personifies that desperate attempt to keep a veneer of control, even as his world is on the verge of devastation. There’s a scene involving warm cans of Coke that is both darkly hilarious and heartrending, mostly because of Simon’s desperate attempts to be a good father in the ways his kids want right then rather than doing what he needs, what he is screaming internally to do.

It’s in his relationship with Art that Silent Night will truly break your heart. In the middle of moments of silliness and adults exchanging and blowing off old crushes and vendettas like they’re auditioning for an early Mike Leigh comedy, it’s the Kramer vs. Kramer father-and-son scenes. Simon’s urges to protect his boy clash with Art’s growing understanding in scenes that bleed conviction.

Even though an ending that seemingly equivocates on its exact level of bleakness (depending on your mood, it is either a beacon of hope or a new boulder of despair), Griffin rarely flinches. There’s as much Noël Coward as George Romero in her bold approach to tragicomedy that gives equal value to both elements. That’s why the supposed peace of Silent Night will be interrupted by as many tears as laughs. 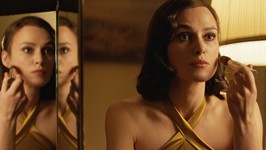