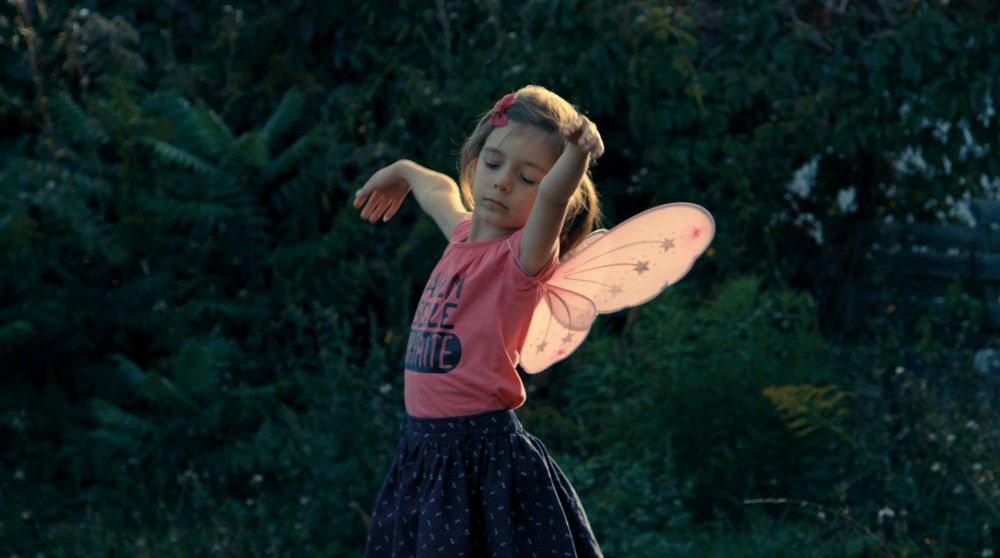 Documentary film always carries the same set of questions no matter the subject: Whose perspective is being shown? Whose isn’t? What is left out of frame, and how has what’s left in it been curated by the filmmaker? In Sébastien Lifshitz’s Little Girl, these questions become all the more relevant as the stated subject (object?) of the film is a shy 7-year-old who gets a lot of screen time but not a lot of lines.

Sasha knew she was trans since she was 2, and though her family was quick to accept her and allow her to express her identity through dresses and dolls, her school’s administrators force her to present as a boy in school. This affects all aspects of her experience: Kids are mean, teachers borderline abusive; even her few friends refuse to use she/her pronouns. In ballet class the teacher hands out dresses to all the other girls but gives Sasha a bright orange pantsuit and calls her “champ.” Cinematographer Paul Guilhaume paints dreamy scenes of happiness, too, playing in the backyard with siblings, trying on a pink bikini – in these moments we see the most of Sasha’s personality.

But her mother Karine is given a disproportionate amount of screen time, and often shapes Sasha’s narrative in terms of their relationship, or the anguish she feels about Sasha’s struggle for acceptance. Karine wonders if it’s “her fault” because she wanted a girl so badly while pregnant (the doctor reassures her that’s not the case); remembers the first time she saw Sasha’s happiness in a dress – “After that I didn't care what anybody thought.” She’s loving and fiercely protective, but her presence looms so large that it’s hard to get a sense of what Sasha herself is thinking. At one point Karine says, “I told her, it’s her battle and mine. It’s the battle of my life.”

Whether Sasha’s relative silence is because she’s just a quiet kid, because she’s being filmed, or because director Lifshitz thinks audiences will relate more to Karine is unclear, but the ultimate effect is that the film becomes more about Karine’s battle than Sasha’s. That in itself is a sensitively drawn and compelling story, but in all of the interviews with siblings and doctors and administrators about her, it’s hard not to wonder what Sasha thinks – she seems to have a strong enough sense of self for us to hear from her directly.