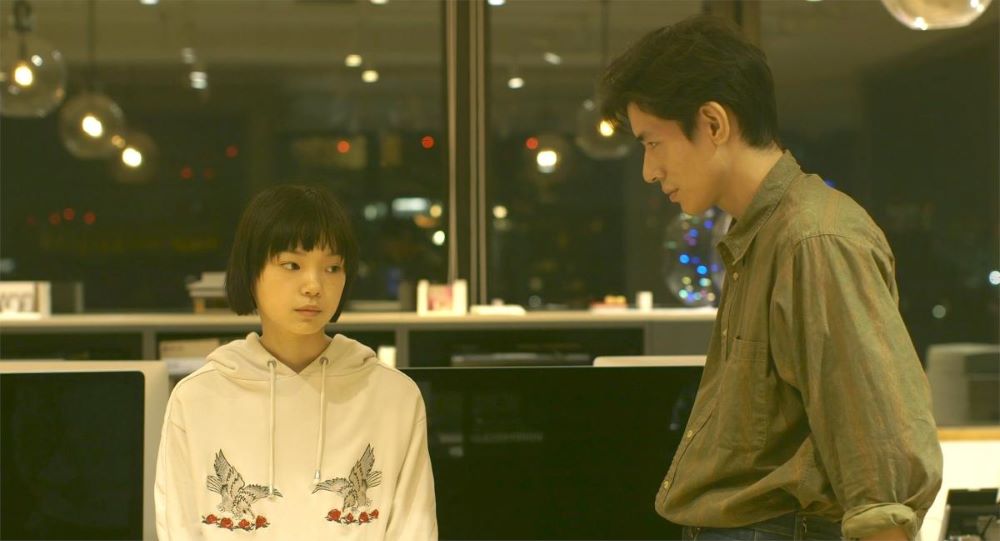 Wheel of Fortune and Fantasy

Ryûsuke Hamaguchi has a way of making a film that’s over two hours feel like it’s a minute long. It’s the way his dialogue flows: Characters never shy from the melodramatic, whether they are speaking their minds or holding a secret close to their heart. His anthology, Wheel of Fortune and Fantasy, is a remarkable exhibition and exploration of his talent: three short films that are loosely tied together with themes of unrequited love, adultery, and heartbreak. In each, there is a character who is playing pretend, dreaming of a situation or life that’s not their own. Ordinary life is filled with mistakes and regrets, but Wheel of Fortune and Fantasy allots each of its women a chance for change, a roulette wheel roll of the dice that gives them the opportunity to cut open their hearts, spilling all their contents on the floor for both strangers and past lovers.

Hamaguchi’s characters have conversations that the viewer wishes they could have, the ones that get played out in front of a mirror, often kept locked away, only existing in the thoughts of daydreamers. Romantic spats and soliloquies that are fueled with tension; words of devotion that flow from the heart, desperate but brave. In the film’s first short, “Magic (or Something Less Assuring),” Meiko (Furukawa) is given one of these chances. After recognizing her good friend’s “magical” date was with her ex-boyfriend Kazuaki (Nakajima), she races to his office to confront him about their excruciating past and the feelings she still harbors for him. There’s a rhythm to their conversation that’s kinetic, a deep regret from both sides that’s aching. They fight, they long, and when Meiko runs away, you yearn for Kazuaki to follow. It’s a whirlwind of heightened emotions, perfectly composed with turns that are heartrending.

Equally, there is a crushing acceptance permeating the film’s third short, “Once Again,” a film set in an alternate future where an internet virus has forced people to go back to physical documentation: pen and paper. Here, two women misrecognize each other. Moka (Urabe) thinks she’s stumbled across her ex-girlfriend, whereas Nana (Kawai) mistakenly takes Moka for an old classmate she admired. The two turn error into promise, and both end up playing a game of pretend that allows each to unleash their deepest feelings that have been tucked away for over a decade. It’s bittersweet, the thought of wanting to see someone so intensely that you trick yourself into thinking a complete stranger is your lost lover. It is easier to confess to a stranger, to expose a part of yourself hidden from those close to you, the thoughts that are tucked away in fear of judgment.

The sandwiched short, “Door Wide Open,” explores this confessional setting the best, following Nao (Mori), an adulteress-turned-amateur femme fatale, whose mission is to seduce a successful professor whose recent award-winning book has angered his previous student, and Nao’s lover. But her attempts at seduction are quelled when it’s clear Segawa (the professor, played by Shibukawa) is not interested. In Nao’s rejection she unravels and divulges her carnal desires to the professor, the urge she often has to give in to sexual temptation. There’s a specific eroticism to “Door Wide Open," a dangerous thrill in Nao revealing herself to Segawa in such a trusting way, one that is devoid of sex but is still bustling with energy. The door to Segawa’s office is, after all, wide open, inviting anyone who is passing by to listen in.

In each of Hamaguchi’s shorts, themes of cheating emerge, and in each one it’s treated as matter-of-fact rather than villainous, an act that produces sadness, remorse, and grief. It’s profound in the way Hamaguchi chooses to not criticize these characters. Wheel of Fortune and Fantasy is overflowing with empathy, not dissimilar from his previous two films, Happy Hour and Asako I & II. Hamaguchi has a beautiful outlook on mistakes and the complex emotions that make up humanity, and his tenderness toward each character he brings to life makes him one of the best storytellers working today.