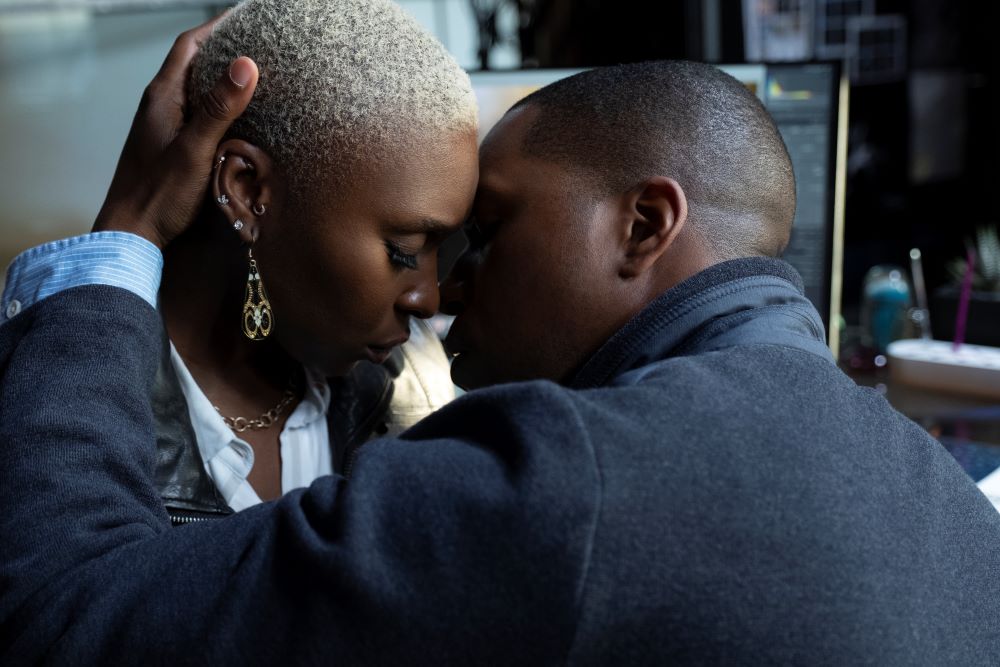 Needle in a Timestack

Time-travel romantic dramas tend toward a very specific philosophy. It is one of destiny: that no matter the overwhelming distance of space and time, no matter the pesky impediments of logical monkey wrenches science throws into the mix, two souls will find each other through the sheer power of love. It’s a comforting thought. For the lonely ones, it’s reassurance that their true love is out there somewhere. For couples, it’s reinforcement that their bond holds a unique significance in the cosmos, or alternatively, that they’ve made a string of terrible choices. But what if someone is meddling with those choices, committing time crimes, altering the past to change to present? Such is the premise of Needle in a Timestack, John Ridley’s adaptation of sci-fi heavyweight Robert Silverberg’s 1983 short story.

In one of those Black Mirror, just-on-the-horizon futures, Nick (Odom Jr.) and Janine (Erivo) are a happy and loving couple, mostly. He’s an architect, she’s an artist, and they live with their adorable dog, Charlie, in ultramodern shininess, blissfully devoid of clutter. But Nick’s been a bit on edge. He’s worried that Janine’s rich ex-husband, Tommy (Bloom), still carries a torch for her and is trying to get her back through sabotage. Time travel sabotage, that is. For in the future, time travel is ubiquitous, but only for the super rich. It’s super expensive in a way that to give voice to the actual sum is vulgar, so we’ll just write it down here for you, okay? So, the bored elite “jaunt” through time because they can, but that has effects on the rest of the world. There are “time phases,” waves of reality shifts that people just take for granted. Oh, you had a dog? Well, now it’s a cat, and you’ve always had a cat, don’t you remember? No? Well, c’est la vie in the 21st century! Tommy succeeds in erasing Nick and Janine’s relationship, and Nick must now navigate these wrinkles in time to be reunited with his true love, the ground zero of these disparate streams originating at a La Jolla beach party from their past.

There is certainly no shortage of engaging concepts at work in Needle in a Timestack: the cause and effect of past behaviors, the way society normalizes the most extreme upheavals, how the elite rewrite basically everything. But Ridley (and Silverberg) home in on the micro instead of the macro, with Nick being the focus of the story. Which wouldn’t be bad if he had a bit more complexity than the usual one-note motivation of stopping at nothing to find his girlfriend. At one point in the multiverse, Nick is married to Alex (Pinto), his girlfriend prior to Janine, and these scenes threaten to halt the (already suffering) narrative entirely as Nick agonizes over his lost life. It’s the lack of tension, overlong running time, and ultimately mawkish message that makes Needle a nonstarter. The most egregious time crime here is theft. 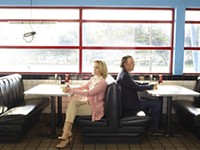 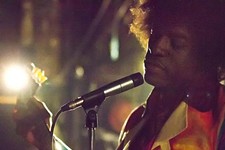 Jimi: All Is by My Side
John Ridley's take on Jimi Hendrix veers away the standard biopic.