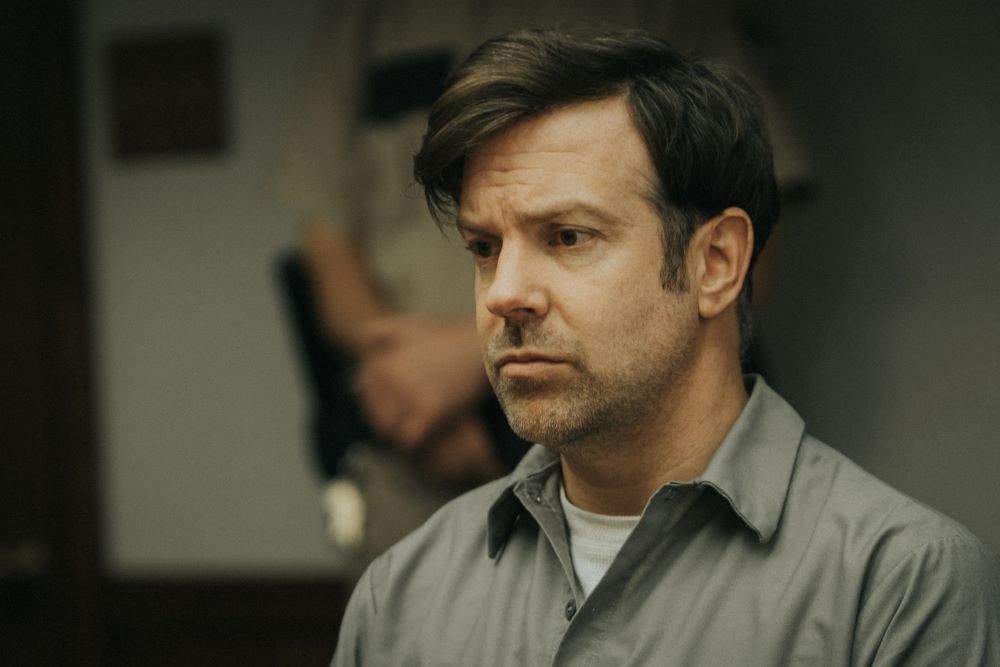 Jimmy isn’t the world’s smartest man, but he’s learned one lesson. Don’t bring shit back home. He did that once, and it ruined his life, and it ruined Annie’s life, and now he’s got one chance to do it right, and he’s not bringing that old shit back across the threshold.

In dusty Southern Gothic crime drama South of Heaven, Jason Sudeikis plays Jimmy as a man trying to do right after a 12-year stretch for armed robbery. He’s got that twitchy energy of a man always looking over his shoulder, especially when he has bad old friends like Honest Frank (Bobb) and even worse new influences like his less-than-honest parole officer (Whigham, yet again mastering understated sleaziness), but he’s trying to do right for at least one year. Because that’s all Annie has. After all, cancer is no respecter of true love.

So often, romance subplots in Texas noir feel like afterthoughts, there to increase a little bit of tension. But South of Heaven’s most meaningful moments are in the interplay between Lilly and Sudeikis as the star-crossed lovers with time most definitely not on their side. Their playfulness is a thin skin stretched over all the sadness and lost time. Date night at a bowling alley is a delicate portrait of intimacy, him bashful and embarrassed about how he’s still off his game after only a few days out of jail, her in bobby socks and a full skirt like a teenager, able to make the jokes at his expense that would get anyone else’s nose broken. It’s hard not to wish that there’d been more time with them: Instead, director/co-writer Aharon Keshales (Big Bad Wolves) uses that time as a springboard for the increasingly convoluted and coincidence-dependent crime side of things. That they know each other at such a level beyond judgment is why Annie stuck by him for 12 years of visitation days, and why she’s prepared to endure what happens when he’s forced into the first of an accelerating spiral of wrong turns.

South of Heaven definitely gets twisty, with missing money, kidnappings, two car accidents (one fortuitous, one far less so), and Jimmy accidentally pulling down the wrath of local crime lord Price (Colter, elegantly low-key in his violence). But what matters is that love story, his puppy-dog eyes and the way they well up when she calls him Jimmy Ray (he’s either in trouble or in deep). They’re the older Clarence and Alabama from True Romance, or Ruth and Bob from Ain’t Them Bodies Saints but with a lot less blood on their hands. You know their road can never be that long (Annie’s offhand comment about loving curly hair as she sports a post-chemo bleached blonde buzzcut is a subtle reminder of that ticking clock), but you’ll want them to make those last steps together.