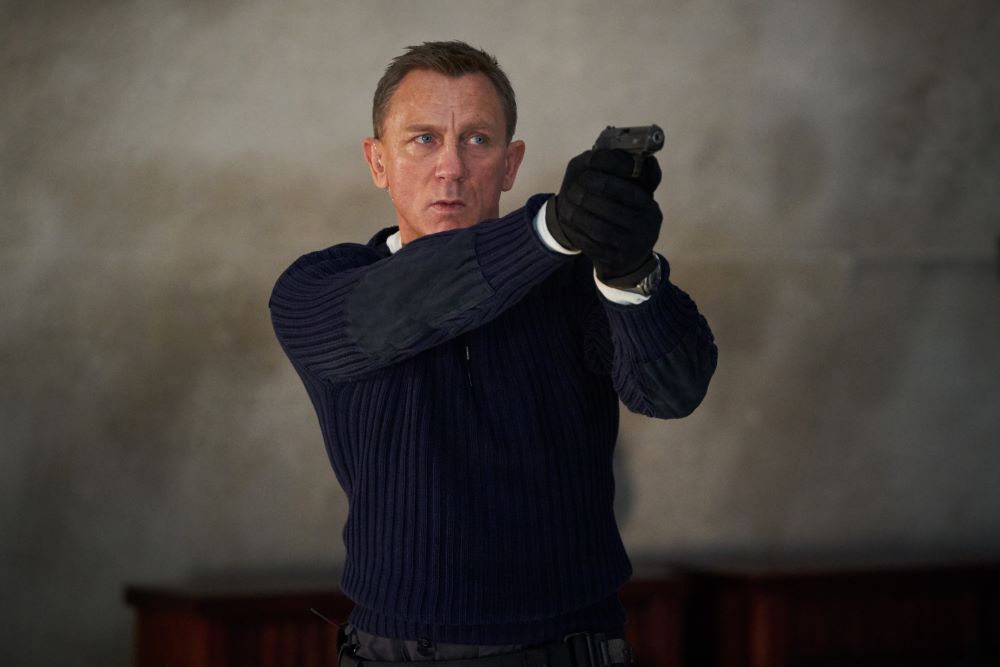 No Time to Die

Historically, the bad James Bond films have been judged so because they were just too wacky and silly. Fortunately, its utter disinterest in a hard and fast continuity meant that a deliciously hyperbolic film like A View to a Kill can erase a hackneyed Octopussy in under two years. Never before has a James Bond film been both technically well-executed and taken a more serious tack, yet still been an infuriating mess. So, congratulations, I guess, No Time to Die.

Borderline impenetrable if you haven't rewatched the first four films in the Daniel Craig-era arc, this 25th canonical Bond picks up where the roundly unloved Spectre finished, with Bond in seeming retirement with Madeleine Swann (Seydoux), and a lot of baggage from earlier films that now seems borderline absurd and needlessly convoluted. The big twist in the last film was that Blofeld (Waltz) was Bond's stepbrother and the cause of all his pain, but the villain this time is Malek as Lyutsifer Safin, a waffling, mumbling pseudophilosophical maniac with the standard grand plans for global domination. Meanwhile Bond ends up more alone than ever: out of MI5, replaced as 007 by a new agent (Lynch), and terribly sad about everything. Because the newer, more emotionally rounded Bond is just sad a lot.

Yet No Time to Die doesn't take the opportunity to examine Bond in a more stripped-down setting. Instead, it's the standard mix of globetrotting action, just slower and less engaging than ever before. Subplots go nowhere, new characters are dropped in with little payoff (exactly what purpose a side trip to Cuba with Ana de Armas' giddy young CIA rookie serves defies explanation), and much of the dialogue is simply meaningless – particularly every word out of Safin's mouth, which would just be nonsensical if it wasn't also delivered with all the gravitas and malice of a bus timetable. It's ponderous, tedious, and somehow both buried in continuity and determined to drop it all halfway through the story. It's not just recent Bond lore: there's a hamfisted musical sting that serves as a reference to On Her Majesty's Secret Service, further complicating the already convoluted timeline and inherently conflating two of Bond's dead exes.

It's this overstuffed storytelling, mixed with lackluster pacing, that renders No Time to Die a torturous misfire, and an utterly disappointing exit for Craig's Bond. I hate to say it, but this is Bond's Rise of Skywalker.

That's the saddest part of this era of 007. Craig had two of the best entries in the entire series, with Casino Royale establishing everything that was going to make him unique, and Skyfall hitting like a battering ram. His Bond was an educated assassin, charming and cold, violently loyal to Queen and Country but untrusting of both – just as Ian Fleming wrote him. Yet the last two films have written him into a melancholic corner, adding a supposed emotional depth that he simply doesn't need. Maybe the arc would have worked better across three films, giving some space to both Blofeld and Safin, but it's crammed into two overstuffed movies. Meanwhile Craig's Bond has gone from the merciless tough guy of Casino Royale into a superhero who literally walks off getting grenades dropped on him. "Too much and too little" is the lesson here, leading to some baffling narrative incoherence. Too many moments, including everything about Blofeld's brief subplot, depend on characters being mindbogglingly stupid; and if anyone can explain the timeline, or how old any of the characters are supposed to be, they must have one of Bond's borderline magical watches. True, this wouldn't have mattered in earlier films, when style constantly trumped coherence, but this kind of Bond storytelling demands more, but delivers less.

Worse, No Time to Die is a graveyard for established characters, but the bodies hit the floor like feathers rather than with the sonorous thud of a beloved figure lost. The whole point of this era was to give Bond more emotional depth, but who cares? Bond will be back, that's for sure, in some form, at some time, and audiences know this. The changes No Time to Die tries to make will mean as little as Felix getting his leg chewed off by a shark in License to Kill. The franchise will grow back, eventually.

And Bond, poor Bond. This flatlining mess may give Craig the exit he wanted, but he becomes the franchise's version of another actor who was just one in a lineage of actors to wear a mantle. He's become to Bond what Peter Capaldi was to Doctor Who: all brave promise of grit and innovation, finally swallowed whole by scripts that were both too maudlin and too silly.