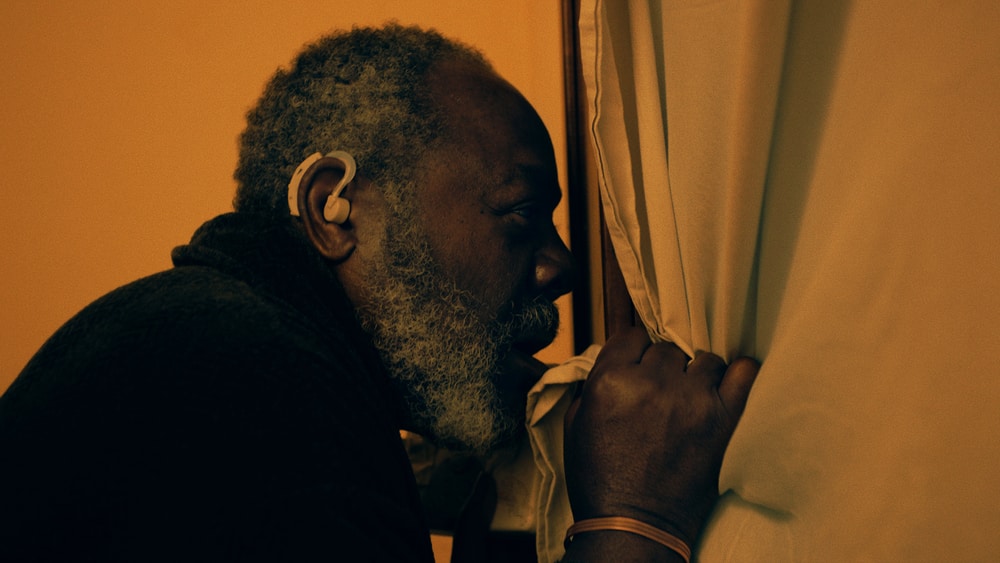 The Killing of Kenneth Chamberlain

Dread pervades every moment in The Killing of Kenneth Chamberlain, writer/director David Midell’s dramatic re-creation of the fatal shooting in 2011 of the 68-year-old Marine veteran, in his home, by police officers dispatched there for a medical wellness check. It is the dread of tragic inevitability, of helplessly watching in near real time as social systems collapse.

In the early hours of a brisk November morning in White Plains, N.Y., Kenneth Chamberlain (Faison), half asleep in the bedroom of his tiny apartment, removes his medical alert necklace and accidentally activates it as he haphazardly places it on his nightstand. When the medical call center is unable to contact the sleeping man, a unit of three police officers is sent to check on him. Those officers, Sgt. Parks (O’Connell), Officer Jackson (Marten), and Officer Rossi (Natale) stand on separate points of the white-racist-cop spectrum. Jackson is off the charts, a gum-smacking bigot with a permanent sneer. On the other end is Rossi, a rookie and ex-schoolteacher who’s less the racist and more the moral compass of the trio, which means he is ignored and labeled as weak. Somewhere in the middle there is Parks, the officer in charge. He initially adopts a “cooler heads prevail” ethos, but that gets quickly sidelined when, during the ongoing negotiations, Chamberlain slams the slap-locked door in his face, an action that is not only insubordinate, but “disrespectful to a police officer.” Time to call the SWAT team for some excessive force.

Faison is juggling a lot with his portrayal of Chamberlain, and he is flat-out brilliant. He shifts effortlessly between angry back-and-forths with the police, gentle phone conversations with his sister, assuring her he is fine, and pleading with his son, whom he is desperately trying to keep from his apartment, rightly fearing violence. There is also the medical attendant (Rose), who is on the callbox line with him for the entire film. There is also Chamberlain’s bipolar disorder, manifesting itself in conversations with himself, conversations that convince the police that there is someone else in the apartment with him. There are also the flashbacks that come to Chamberlain as the police start violently attempting to breach his steel front door. There is also his heart condition, which is why he has the medical alert service in the first place. But essentially what there is, is a Black man living in a low-income apartment building who was perfectly fine until the police arrived and assessed him to be noncompliant.

Midell’s handheld camera bobs and weaves around Faison in that tiny apartment, tapping a rhythm of increasing anxiety. It’s a modest apartment, filled with a life lived: grandkids’ artwork on the fridge, crinkly, dog-eared Post-It notes, the remains from last night’s dinner on the coffee table. This meticulous care of details struck me as the most heartbreaking in a film filled with it. The Killing of Kenneth Chamberlain – which, incidentally, took home both the Audience and Jury award for Best Narrative Feature at the 2019 Austin Film Festival – lays bare how ill-equipped law enforcement is in dealing with the mental health issues of the citizens it is tasked with protecting, and it does so with visceral immediacy. The phrase “searing indictment” is an overused idiom in the critic’s toolbox, but in this instance, it couldn’t be more appropriate. 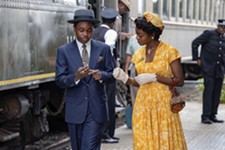