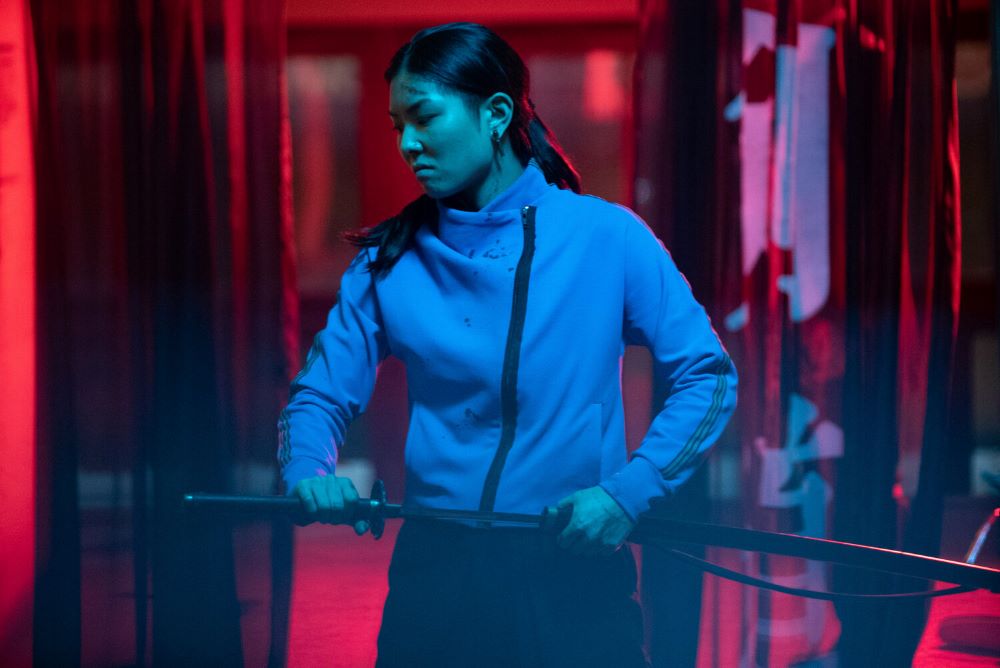 Adapting Danilo Beyrouth's graphic novel, Samurai Shiro (which gets a rather cheeky cameo of its own), hard-hitting crime flick Yakuza Princess takes place in a greasy, neon-lit version of São Paulo's Liberdade neighborhood, where the transplanted yakuza have established a bloody presence, and Akemi (Masumi as the titular princess) survives on the fringes. She's the sole survivor of a vicious gang hit that wiped out her entire family as a child, and now lives in blue collar obscurity in the biggest Japanese community outside of Japan. That is, until mysterious amnesiac Shiro (Meyers) turns up in her apartment with a Muramasa blade, a mystical sword crafted by a legendary smith with a demon's curse in every slash.

Bloodshed and mysticism are mixed together, and in that heady concoction Yakuza Princess is often violently brilliant. In fact, the bloodier and weirder it gets, the more fun this hack-and-slash actioner is – especially when another mysterious figure of unknown motivations, old school black-suit-wearing killer Takeshi (action veteran Ihara, at his grizzled best), sets off on Akemi's trail. Then enter The Man in the High Castle's Eijiro Ozaki as Kojiro, the classic snarling and sardonic heavy with a taste for cruelty, and Yakuza Princess is sometimes one of the better entries into the long history of western films riffing on the conventions of Japan's yakuza eiga. It's honor, action, debts, and mysterious obligations, all to be resolved at the edge of a sword or the hollow point of a bullet.

What's less fun is how its mysteries are set up and resolved: with trips to see one enigmatic exposition source after another. Meyers and Masumi often have little to do in the first hour except be taciturn at each other, and those scenes can become a slog. Yakuza Princess is at its most enjoyable when Akemi and Shiro are separated, and ancillary characters like Takeshi, or the two mischievous old gangsters who keep Shiro distracted during a key sequence, liven up the story until the next fast-cut action scene. The further director Vicente Amorim pulls out, the more exciting the film becomes; but he never really takes advantage of the supernatural overtones that swim around the edges, or the unique cultural background of Brazil's massive Japanese diaspora. Maybe those missing beats will be redeemed, or at least given context, in the ambitiously promised sequel (Yakuza Princess seems determined to be a franchise) but as a standalone film it's got little new to say, and takes too long to say it.