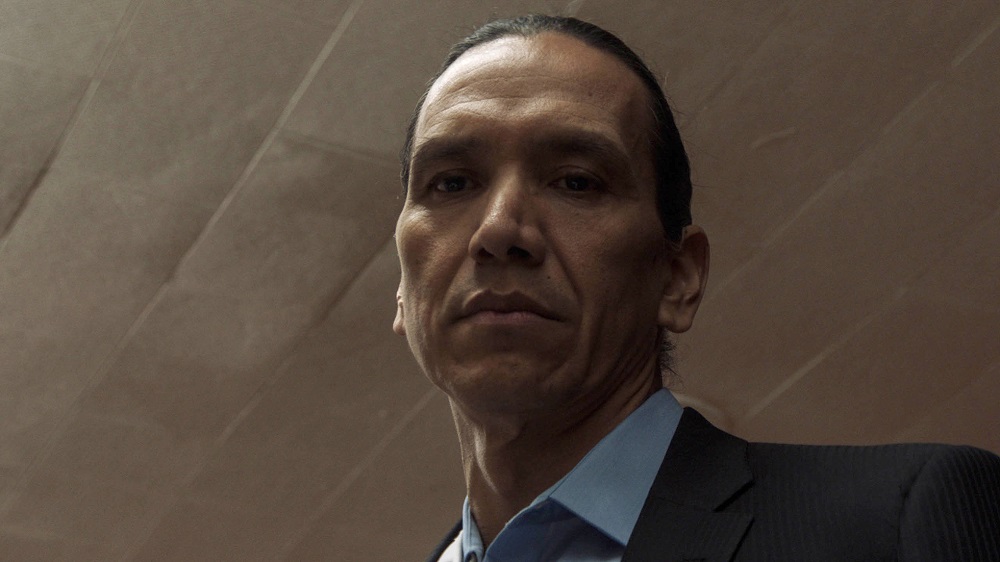 Wild Indian opens with one of the most brutal, tough-to-watch scenes since Rob Zombie’s Halloween. The film sets the scene in 1980s Middle America, on a reservation where two young preteens, Makwa (Wilson) and cousin Ted-O (Gopal), live. Makwa is from an abusive home, unable to understand why some float through life where he is burdened with adversity. But Lyle Mitchell Corbine Jr. is not interested in a poverty-porn rags-to-riches route, and in the first act of his film he has Makwa do the unthinkable: He murders another classmate, leaving Ted-O as both his witness and, eventually, scapegoat for the crime.

Makwa grows up to be “Michael Peterson” (Greyeyes), his idolized, whitewashed self. He might still sport a long braid, but his culture and past haunt him, as well as his thirst for violence. Corbine Jr. is not interested in easy answers, with his complicated characters and themes that weigh heavily on the film’s tight 90-minute run time. Greyeyes’ performance is a key to making the film tick, a thoroughly horrifying psychotic portrayal that feels reminiscent of a horror movie villain.

Wild Indian would otherwise play out like a horror movie if not for the contrasting presence of Ted-O (played in adulthood by Spencer). Corbine Jr.’s film tackles two sides to a coin: Makwa’s power-thirsty American Psycho-esque fantasy, and Ted-O’s tragedy-laced fate. Makwa is not afraid; he climbs a ladder of success through violence, fueled by his desire to be in command of his future. He wants a comfy job, a spotless apartment, and a beautiful wife and kid. His desire is to conquer the American dream. Ted-O is not as lucky: unjustly thrown into the thankless and problematic U.S. prison system, and ultimately betrayed by Makwa, his childhood best friend. Makwa’s lineage of success is entwined with Ted-O’s misfortune, an uncomfortable truth that he’s forced to live with.

If anything, Wild Indian is too divided, as if two different films are racing alongside until they re-meet in a head-on collision. One is almost saccharine and filled with heart, where the other is cold with a creeping sense of unease. It’s a striking and ambitious balance, but in this dichotomy Corbine Jr.’s film unfolds a tad too rushed. What should be an explosive reunion is muddled by heavy-handed storytelling, which is unfortunate since so many parts are nearly pitch-perfect. Nonetheless, Wild Indian is a horrifying and thought-provoking thrill ride that packs quite a punch when it hits right. 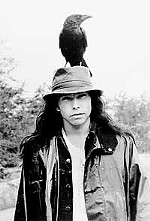