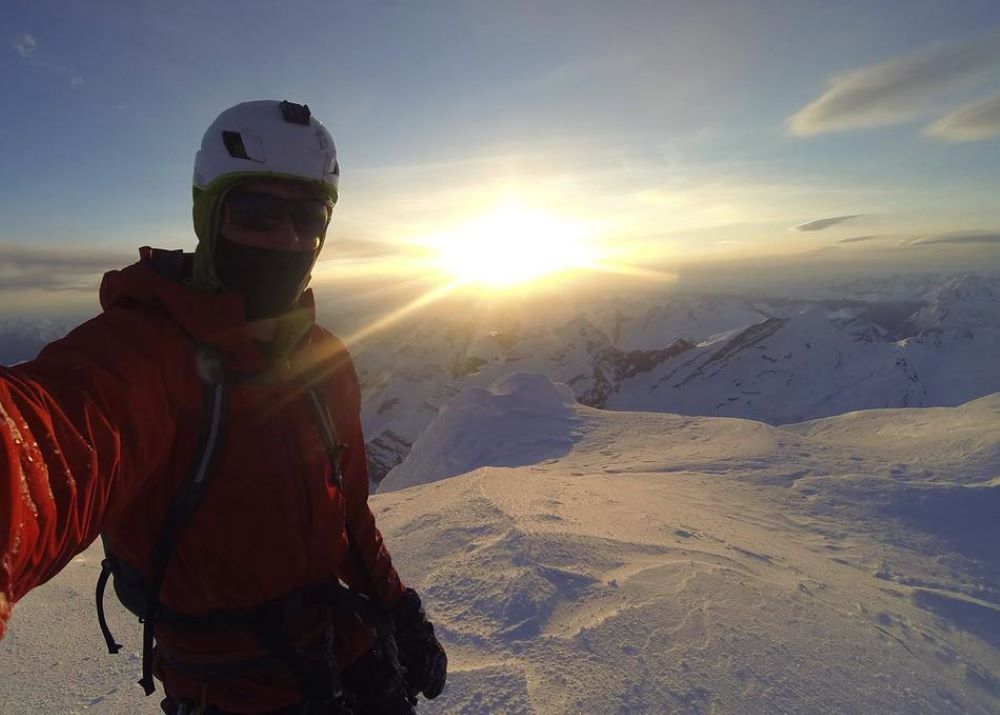 Marc-André Leclerc is one of the most extraordinary athletes that you’ve likely never heard of. A 23-year-old mountain climber that prefers to ascend without rope or any other equipment (aka “free solo” climbing), Leclerc’s name isn’t one that’s widely recognized, even among some in the field. He prefers it this way, keeping the act of climbing as a form of personal release and connection with the world he inhabits that he’d rather experience without the glare of a spotlight. His involvement in The Alpinist is the first time his staggering skill and tenacity is being shared with the larger public.

The footage of Leclerc’s endeavors, captured through an assortment of high-flying drone shots and in-the-thick-of-it handheld work, is some of the most exhilarating and terrifying documentation of mountain climbing this side of Free Solo. While The Alpinist is never able to fully escape the shadow of the 2019 Best Documentary Oscar-winner (the subject of that feature, Alex Honnold, is a prominent talking head here), directors Peter Mortimer and Nick Rosen are still able to craft an absorbing argument for their subject as being worthy of a film himself.

Leclerc reveals himself to be something of a strange guy, yet the film is never able to dig as deep into Leclerc’s psyche as one might hope. Although, it’s not for lack of trying. Much of his eccentricity comes from his personable, regular-guy personality mixed with his intrinsic elusiveness, seemingly desperate to avoid too much attention. The middle section of the documentary sees the drama briefly shift to whether or not there’s going to be a documentary at all, as the climber goes completely AWOL on the filmmakers who are left attempting to track him down. Indeed, Leclerc is interesting because of, not in spite of, his slippery nature. “It wouldn’t be a solo to me if somebody was there,” he explains, as it’s revealed his participation in the film is conditional to him being able to accomplish his new climbs alone first, with the crew allowed to come back with him sometime later to film.

Of course, that sort of compromise comes at a cost in regards to the actual movie. Leclerc’s eventual climb up Patagonia’s formidable Torre Egger (the first free solo ascent in the mountain's history) is meant to be a climactic cap to his story. However, because he ultimately ends up sparingly filming it himself, there’s not much in the way of a truly exciting finale cinematically speaking. A good chunk of that last climb is conveyed via a computer graphic documenting his path taken up the mountain. Despite this, the impact of his achievements is hardly diminished. The Alpinist works as a moving testament to Leclerc’s incredible life and the art of alpinism itself, while even finding time to tactfully wrestle with the difficult reconciliation of the reckless danger versus the peerless beauty of such an undertaking. 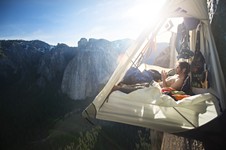