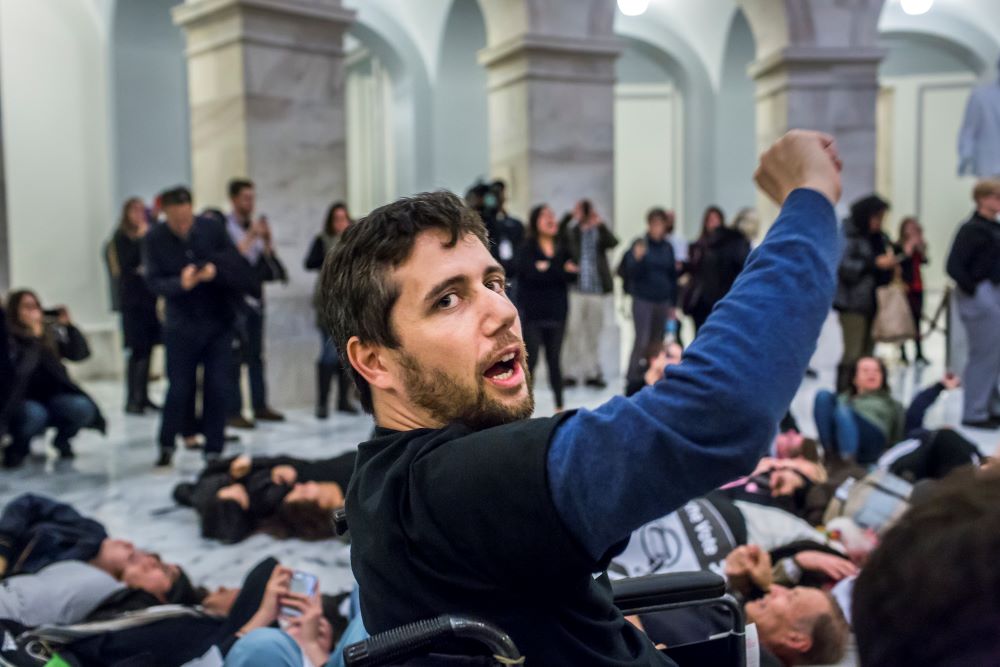 There is a predictable narrative that has been constructed around disability. It can be difficult for filmmakers to capture the perspective of a disabled person without falling into creating the archetype of the long-suffering martyr that persists with the sole intention of inspiring their able-bodied peers.

Not Going Quietly follows Ady Barkan – attorney, activist, and co-founder of the Be a Hero PAC – on his road trip across the country to flip the House for the Democrats in 2018, in the hopes of expanding affordable health care. The film begins with Barkan’s diagnosis of Lou Gehrig’s disease (amyotrophic lateral sclerosis, or ALS) and documents the rapid decline of his neurological functions against the backdrop of his meteoric political rise.

There are times when the viewer can catch themselves falling into the familiar trap of creating a premature sainthood for Barkan. The film is certainly meant to tug on heartstrings as we see Barkan begin to lose his motor function and have difficulty interacting with his wife and young son. These moments of vulnerability and intimacy are important to understand Barkan’s personal struggles, but these scenes tend to rush through his tactical political strategy beyond his own tragic backstory. It gives the impression that his success is the result of Barkan overcoming his own diagnosis and not his savvy understanding of grassroots organizing. In fact, one of the most engaging scenes of the documentary is the demonstration of volunteers being taught how to “bird-dog,” a tactic in which folks directly confront their representatives and ask them why they are limiting their access to health care. Without these moments, it would feel as though Barkan was filmed serendipitously at just the right moments, rented an RV, and then held hands with Bernie Sanders.

The film shines when we get to see Barkan as a fully formed figure. This is not solely a somber portrait of a dying man. Barkan has a poor filter for profanity, a snarky sense of humor, and a willingness to accept support from those around him and to step back when others’ voices need to be elevated. It is also not totally the picture of a man who was knocked down by life but got back up. The final portion of the film is honest about the fact that this work has accelerated the worst effects of Barkan’s ALS and nearly killed him in the process.

Jake Koten, a Twitter friend of Barkan’s who also has ALS, sums up the seeming contradictions of the man. “I don’t want to say ‘inspirational’ because everybody says that and it’s super patronizing,” he says. And yet, he says it anyway, because what other language do we have for this kind of story? 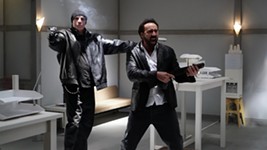