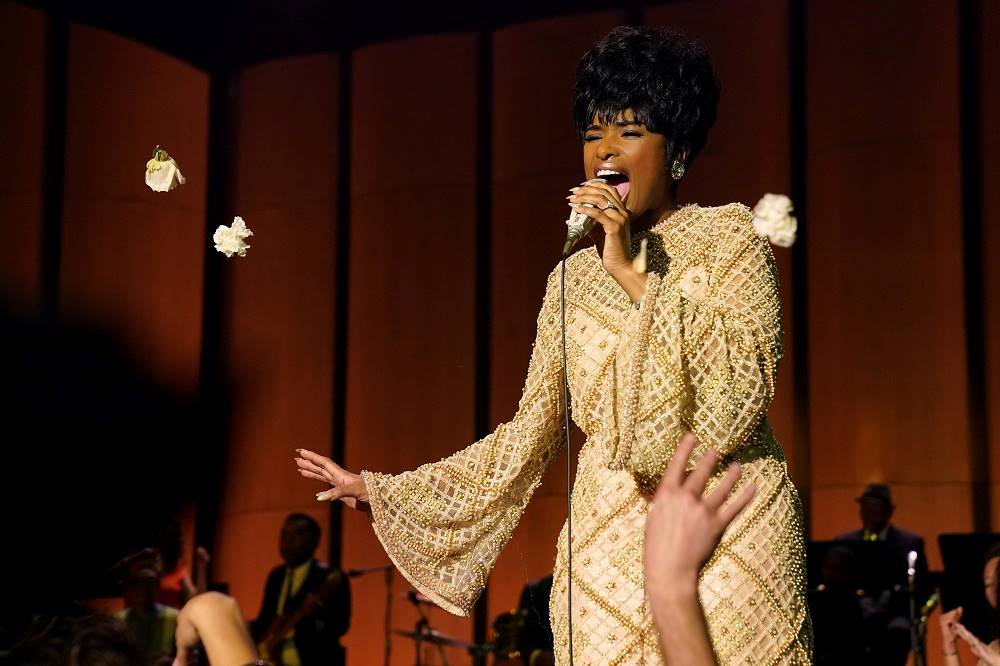 It’s amazing that anyone in Hollywood has the guts to make a music industry biopic after Jake Kasdan’s Walk Hard, a satire that pitch-perfectly dragged the formula through the dirt. This isn’t a new thought, but it’s one that repeats itself year after year as Hollywood churns out broad biopics about superstars that are ultimately hopeful crowd-pleasing awards-bait vehicles.

Respect, unfortunately, is no different. Following the incredible career of Aretha Franklin (Hudson), Liesl Tommy’s feature begins with the tragedy of Aretha’s childhood and checks off the Wikipedia history of the seminal artist’s career until it hits the extremely wordy postscripts before the credits. The casting is the only part of the movie that feels genuine, with Hudson channeling the Dreamgirls emotive performance that earned her an early career Oscar.

Tommy attempts to spice up the clean, digital look of Respect by mimicking archival black & white television footage as well as the 16mm footage from the 1972 church recording of Franklin’s gospel album. The vintage-inspired editorial choices fall flat, though – a silly attempt to mask the slickness of the modern-day biopic. This is, after all, shot by the blockbuster cinematographer of Thor: The Dark World and Terminator Genisys, two films that look as flat and dull as the material themselves. There’s no glamour in Respect, a movie that should be flooded with glitz to represent the power Franklin had over people with her voice.

But while the film lacks technical ambition, Hudson works hard to make up for it. Respect is her movie, her calling card to earn some recognition for herself after over a decade of starring in abysmal films (it takes a lot strength to claw your way out of the Cats pit). For every song, she performs it like “And I Am Telling You I’m Not Going,” and for every tear she works her body to personify Franklin’s agony on carrying all her childhood trauma. It’s an earnest, confident performance, one that propels the film forward just enough to make it passable viewing. But everything in the production is working against her, and there’s only so much one person can do to bring life into something as stale as the subgenre’s formula.

It’s crystal clear from Respect that the music biopic needs a fresh update. Often these bloated pictures ironically feel rushed: supporting characters exiting as fast as they entered, key historical moments given the bullet point treatment, and they all focus on the same touchstone issues that seemingly every big artist has been through. In their trite procedure the uniqueness is lost, which is a disappointment for icons like Franklin who deserve better.