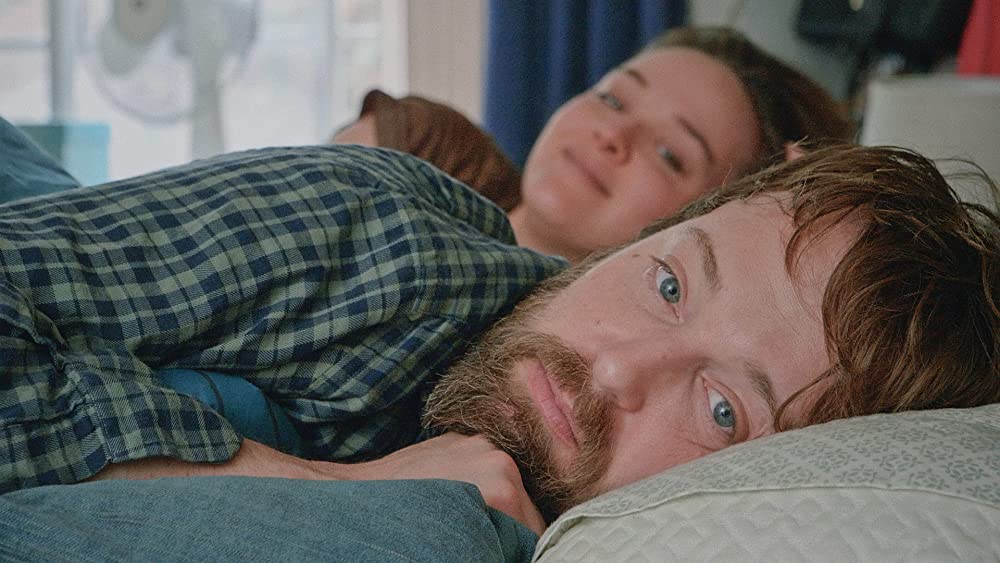 Can a couple wreck everything by trying to fix it? Jackie and Elliott seem obliviously determined to cause chaos in modern relationship comedy Fully Realized Humans, a deliciously awkward depiction of what happens when best intentions go awry.

Their clocks are ticking, as the imminent arrival of their first baby makes them wonder about how they're supposed to deal with being an adult. So their half-formed idea to shake things up, and deal with whatever baggage it is they think is holding them back (his anger management issues, her eagerness to please) ends up sparking as much damage as they think they're fixing. As one of the coterie of friends, relatives, kids, strangers, and even a stray doula caught up in their off-balanced quest for adulthood exclaims, what the fuck was that?

What it is, well, that's a purposefully muddled morality tale about inherited trauma, self-obsession, the perils of half-remembered psychobabble, and generational gaps. Heartily improvised by Weixler and Leonard (arguably still most well-known for their breakthrough horror roles – Teeth and The Blair Witch Project respectively), it's a strange and timely kin to another of this week's releases, Jake Johnson's "orphaned in Walden" tragicomedy Ride the Eagle. More acerbic if equally compassionate (maybe more so, because Jackie and Elliott's subtle boorishness requires a solid gaze to get past some of their eye-rolling antics), its depiction of ham-fisted self-actualization seems intended to induce a twinge of painful recognition in anyone who has overstuffed a grab bag full of self-help advice and thinks they're ready to fix themselves.

What makes Fully Realized Humans all the funnier is the couple's conviction that they're always doing the right thing: and, again, if it wasn't for the wide-eyed smart-naïve performances from Wexler and Leonard the whole thing would be insufferable. Instead, due to their easy energy and Leonard's subtle, lo-fi direction and tone (shadows of the modern master of comedic discomfort, Onur Tukel), Fully Realized Humans is a lot more complete than it first seems.

Available on VOD from July 30.