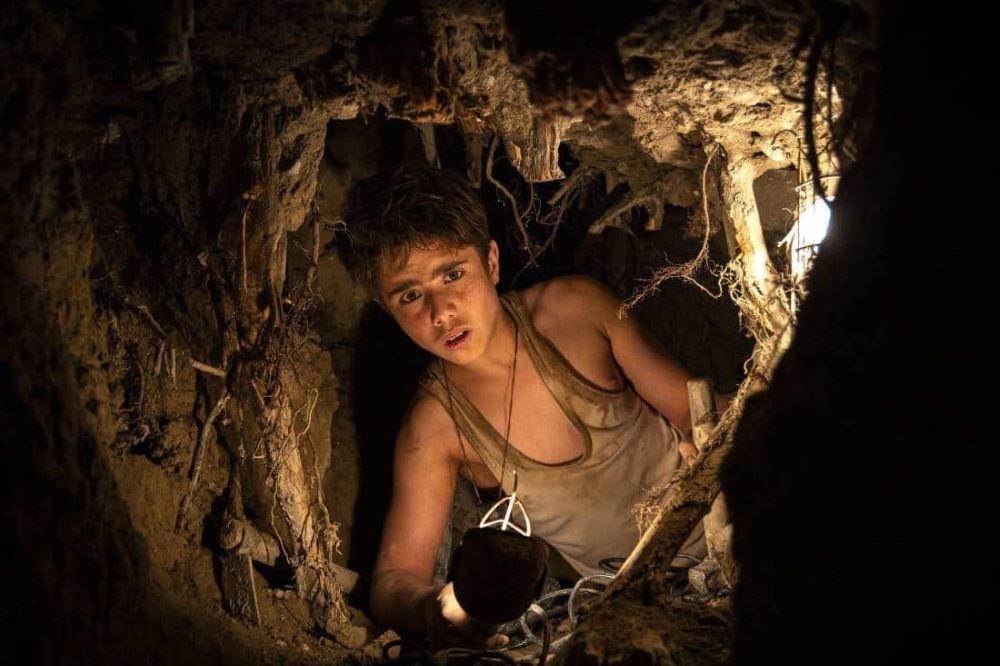 Dedicating it to 152 million children worldwide who are used for illegal labor, with Sun Children decorated Iranian director Majid Majidi creates a treasure-hunt adventure film in the backdrop of a serious issue drama, welding together these two genres to create a palatable kid-forward story for the arthouse audience. Maijidi’s latest was Iran’s submission for the most recent Oscars, a film that’s gentle, packed with all the familiar beats you find in these City of God-like child POV gritty fairy tales.

It begins with a group of four friends attempting a luxury car heist in the parking garage of a mall: Abolfazl (Abolfazl Shirzad), Mamad (Mousavifar), Reza (Ghafouri), and our leader, Ali (Zamani). This core four, in addition to Abolfazl's sister, Zahra (Shamila Shirzad), are all abandoned by their parents in one way or another, left to fend for their families by the likes of petty theft and street peddling. But after getting caught by a local crime lord for clipping the wings of one of his pigeons, Ali is tasked with a job that gives him the promise of a better life with his mother. In a Goonies-esque twist of fate, Ali and his friends enroll at the Sun School so they can dig for the buried treasure that’s supposedly hiding underneath.

The promise of gold and a better life brings a magical surrealist element to what otherwise trails the fine line of poverty porn. Sun Children’s array of characters and narrative structure is all too familiar, from the soft-hearted vice principal, Mr. Rafie (Ezati), who inspires the young gang to dream bigger, to the twists of fate like the school losing funding. Sun Children emphasizes the importance of a child’s right to education, regardless of financial and familial background, a tug-at-your-heartstrings move in which Maijidi thrives. His use of childlike innocence and wonder prevents Sun Children from being too dour, even if he never manages to shake loose the cloying thread that follows Ali and his little gang.

Sun Children preaches about the disillusionment of being a child forced to grow up too soon. While Ali’s friends slowly start to turn to academics for hopes of life betterment, he never gives up on his hunt for gold. Zamani is convincing, his eyes always hungry, lit with optimism. Yet while Sun Children’s roots derive from The Goonies, there’s no pirate ship of gold to save the parents at the end of the tunnel. Maijidi’s film begins dire, and ends dire, a plea for his audience to see the world for the dark place it is.