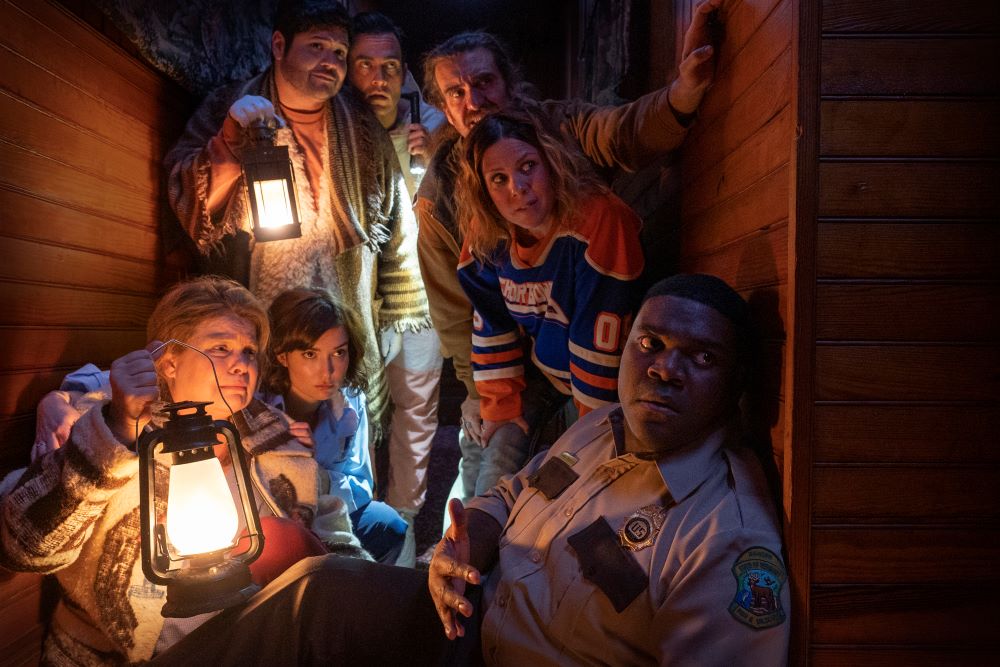 Poor lovelorn ranger Finn Wheeler. Recently sort-of dumped by his girlfriend, Charlotte (she's pretty sure there's no sort-of), the hapless nature lover (played with guileless charm by Richardson) has been assigned to the tiny Vermont town of Beaverfield where he has the luck to run into new mail person Cecily (Vayntrub). Not only is she the only other outsider in town, but she's already knows everything that's going on in this weird little burg, she loves the outdoors, keeps a copy of Walden in her back pocket, quotes Mr. Rogers without prompting, and is utterly adorable. Of course, the course of true love cannot run that smooth. First, he's not really over his ex, and second, there's a murderous werewolf running loose and eating the locals.

Easily the funniest horror-comedy since Tucker and Dale vs. Evil (and, as a spin-off from the VR game of the same name, one of the best video game movies), like a great werewolf design Werewolves Within gets the balance between laughs and shrieks just right. Both are tough. The best cinematic lycanthropes aren't just an actor with some big eyebrows and fake fangs, nor are they just a wolf. Instead, they're something in-between, and that's a terribly hard equation to crack (the history of werecinema is crammed with stunt performers draped in fake fuzz and stumbling around on weirdly angled stilts). But writer/director Josh Ruben, who turned heads with his feature debut, meta-horror Scare Me, nails the required crackerjack comedy pacing, and balances that with some genuine big scares and big creeps. References to horror classics are liberally scattered, but not just as in-jokes. Instead, they twist through the script's DNA. Small-town paranoia mixes with high-speed hick comedy, and the end result? Imagine if The Thing dropped into the middle of Letterkenny, and you'll catch the perfection of the fusion of this yokels versus lycanthropes hybrid.

Kudos to Ruben and casting directors Gayle Keller and Emer O'Callaghan for assembling an ensemble that would make Christopher Guest cock an eyebrow. Not only is everyone a plausible candidate to be the shapechanger (right up until they lose a hand or a throat), but they're all outrageously hilarious. Is it Michaela Watkins as the shrill Stephen King nightmare? Catherine Curtin as the too-nice-to-be-true innkeeper? Sarah Burns and George Basil as the scumbag hicks who may or may not have boned everyone else in town? Or the extraordinary Rebecca Henderson as the visiting environmentalist, who delivers one of the best deadpan one-liners not from Leslie Nielsen?

A new comedy classic whodunnit in the honored tradition of Clue, Werewolves Within finds the laughs in the jump scare, and brings back the uproarious joy of the "it's behind you!" creeping fright. 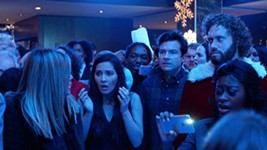