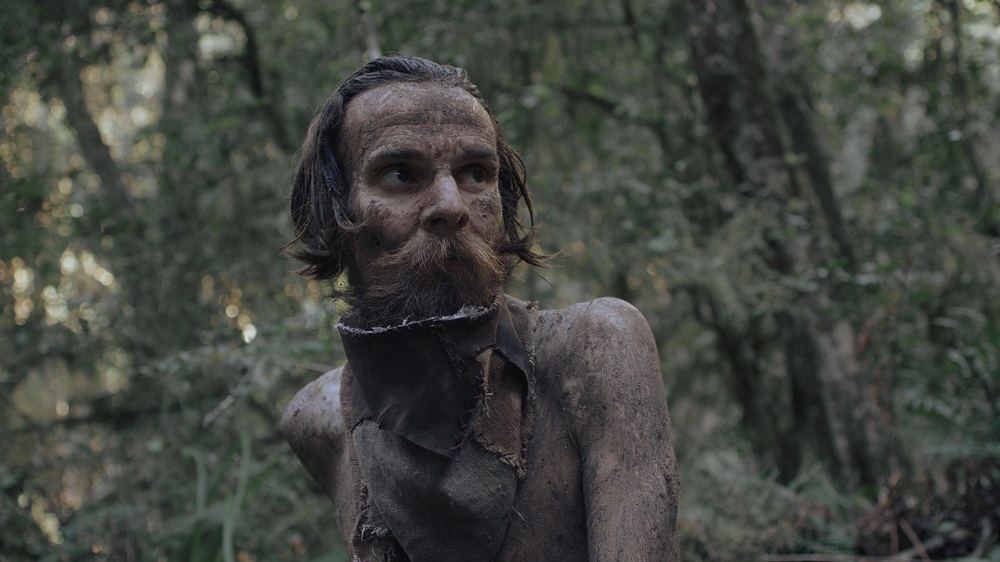 There’s a YouTube video that’s been blowing earthlings' minds for a number of years now. Entitled “The Earth – A Living Creature,” it’s a time-lapse simulation showing seven days in the life of our not-so-pale blue dot during which a Category 4 typhoon batters the coast of China. NASA’s Goddard Earth Observing System Model V.5 catches our home world seething with a kaleidoscopic collision of unruly weather patterns, the verdant green of Asia contrasting with Australia’s coffee-colored, arid outback. Our planet seethes with motion and energy. It’s extraordinary and a little bit… ominous.

South African director Jaco Bouwer brings things back down to the ground and into the jungle – and far below – in what I can only call a masterpiece of socially aware eco-horror. Gaia, the Greek personification of this third planet from the sun, is indeed a living thing, teeming with various known ecosystems and those less known yet everywhere around us: fungi. Scientists have identified 120,000 species of fungi but estimate close to four million exist. And as anyone who has ever gobbled a palmful of “Bastrop’s finest” shrooms can tell you, they’re not all benign.

Separated from her more trail-experienced boss (Oseyemi), Gabi runs afoul of a begrimed and emaciated father and son duo. The elder, Barend (Nel, perfect), has retreated from harsh modernity into this heart of verdant darkness and raised teenage Stefan (van Dyk) in the wild, presumably from childhood following the death of his wife. Living in a ramshackle cabin, they survive on meat acquired by some formidable if crude archery skills. And they partake, reverentially, in the myriad mushrooms the muggy jungle provides while simultaneously ever on the lookout for predatory bipedal creatures seemingly birthed from Ishiro Honda’s 1963 freakout Matango. While Barend, in full Unabomber mode, fulminates against the the rape of mother earth starting from the Industrial Revolution onwards and prays for a “swift end to the Anthropocene,” Stefan and Gabi form a bond and, perhaps, a plan to escape the perpetually twilit, spore-laden forest.

Everything about Gaia works in tandem to create a steadily escalating mood of Blastomycotic body-horror distress (including Pierre-Henri Wicomb’s anxiety-inducing score). Fans of Jeff VanderMeer’s Southern Reach trilogy and its Annihilation adaptation, and lovers of the defiantly feminine and vengeful natural world will find plenty to chew on in Gaia.