When Independence Day dropped, global audiences adored its scale and unapolegetic idiocy, but smirked and grimaced about its inevitable Americentrism (not every airforce flies F/A-18s, people). It took a while, but there were the inevitable off-brand international remakes, like the Russian Attraction, and the Australian Occupation. However, director Luke Sparke added a big chunk of Red Dawn into the equation, with a bunch of Outback Okkers leading the resistance against a bunch of interstellar bug-eyed bastards.

Luckily for Sparke and American audiences, his low-budget 2018 SF actioneer has become a Netflix success, opening the door to a sequel that puts more emphasis on spectacle but, if you haven't seen the first film immediately beforehand, will leave you absolutely clueless about what's going on. Fortunately, it's dependent on so many alien invasion tropes that, even when you have no idea who is who, or exactly what they're up to, or which random shouty guy is which, it's fine.

Occupation: Rainfall makes all the mistakes that another post-ID4 franchise avoided: Skyline ended on a cliffhanger, but when writer Liam O'Donnell came back for sequel Beyond Skyline he threw out all the bathwater and minimal baby when he kept the continuity but dumped the characters, giving the audience an easy on-ramp and a good reason to go back to watch the first one. Rainfall drops right into the middle of a battle between the survivors and the aliens, although (trope #1) there are some friendly greys like Gary the Grey (Makoare), and an uneasy peace is being struck between them and the earthlings (trope #2) by Amelia (Tranter), which is hard with an embattled and embittered population, embodied in surly soldier Matt (Ewing, trope #3), with no good reason to trust the invaders. Can they overcome their divisions to free Earth (trope #4, and that's bingo)?

Bathed in moody blues and littered with erratic VFX (often with interesting designs crippled by mid-budget TV execution) that leave it looking like an episode of Dr. Who shot in 2.35:1 aspect ratio, it's that tropey script that's the biggest failing. The decision to split up the team as they search for a mysterious MacGuffin called Rainfall when the dynamics are barely established makes it hard to care who dies or survives. Maybe Netflix would have done the franchise a favor by spinning it out into a Stargate-esque series, with space to let the Occupation storyline fill out the gaps beyond the tropes, and add a little levity (you haven't been so grateful for a Ken Jeong cameo since Community) to break the monotonous tone. Even if Sparke drops the Red Dawn riff for a surprising homage to The Abyss, Occupation: Rainfall never feels like even a fraction of the sum its well-worn parts. 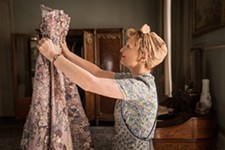 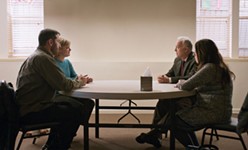