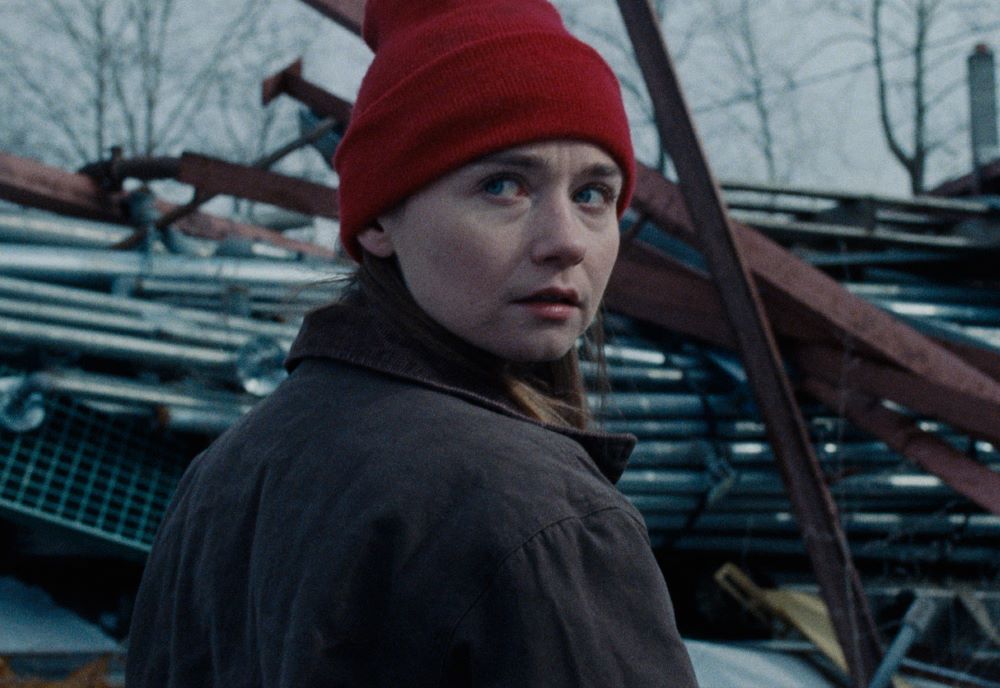 “Jobs, jobs, jobs … we’re going to be seeing so many jobs,” enthuses an offscreen President Trump even before the opening credits of Holler have passed. In truth? Quoth a more prescient crow seen pinwheeling across the dreary, cheerless sky above Jackson, Ohio, “Nevermore.” This Rust Belt tale of a fractured family living the hardscrabble life presents a bold counterpoint to 45’s brash bullshit. Holler’s stark, fatalistic story feels subdued – and subsumed, really – by the background static of an economy, a town, a way of life utterly foreign to the not-so-great Bloviator in Chief’s empty pronouncements and resolute unreality.

Director and screenwriter Riegel knows the subject all too well; the film is based in large part on her own experiences growing up dirt-poor in a part of America that, 30 years on, carries echoes of Michael Moore’s seminal Roger & Me. There’s nothing to laugh at here, however, ironically or otherwise. High school senior Ruth (the excellent Barden of The End of the F***ing World) lives with her brother Blaze (Halper) in a ramshackle house with no running water, no electricity, and no mother (she’s in jail for an opioid-related crime), all with the added bonus of an eviction notice blemishing their front door. Initially withdrawn but with smarts enough to be accepted to Ohio State, Ruth splits her days between school (when she can make it) and toiling in a tired and tiring warehouse gig. She is ambivalent about college, even after she’s accepted. Her guidance counselor advises her to skip out on aiming high and becoming a Buckeye in favor of a frustrating future at a local IT center. “The student loans are just too crushing,” he tells her. Dick move, teach.

Instead, she hooks up with shady Army vet Hark (Amelio, looking for all the world as though he’s just taking a breather from a decade of fighting off The Walking Dead) and his band of scrapyard pirates. Blaze is already onboard and provides hesitant entrée to his sister. Turns out Ruth has a knack for taking power tools to the metal husks of junkyard debris, stripping out the precious copper for Hark to sell to both legitimate buyers and those less concerned with laws and such. Increasingly risky, dead-of-night scavenging missions into ruined industrial sites eventually end (no surprise here) badly – and when Blaze finally decides he and his sister want out of the gang, well, you know what Michael Corleone said about “just when he thought he was out …”

For all the scenes of desperate people doing desperate things in order to stave off literal starvation while working dead-end or downright criminal jobs, Riegel somehow manages to imply short, sharp shock of actual hope by film’s end. Character-driven movies this brutally honest about life below the poverty line are few and far between, but the ensemble cast and Riegel’s skills not only behind the camera but also – judging from her lean and mean script – behind the keyboard help Holler rise above expectations and overcome cliche. Rust never sleeps, sure, but I came away from this film with the belief that neither will young Ruth. 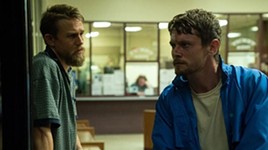 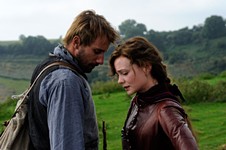 Los Hermanos/The Brothers
How the Cold War divided a family, while music kept them connected